Live on free-to-air Australia Kangaroos vs Fiji Bati Rugby League World Cup 2022 For the first time in RLWC history, the men’s, women’s and wheelchair tournaments will take place together in 2022. Australia will open their World Cup account on the 15th of October when they take on Fiji.

This year’s Rugby League World Cup could be the most hotly-contested yet, with some huge names moving away from the norm of Australia or New Zealand, and instead pledging their allegiance to other nations.

Fiji have made the semi-finals of the last three World Cups and are looking to go one step further and qualify for the final at Old Trafford on November 19.

They face Australia in their opening World Cup match at Headingley on October 15, with Italy and Scotland the other teams in Pool B.

The Bati will be based in Rochdale and begin their preparations for the World Cup with a warm-up match against hosts England at Salford on October 7. 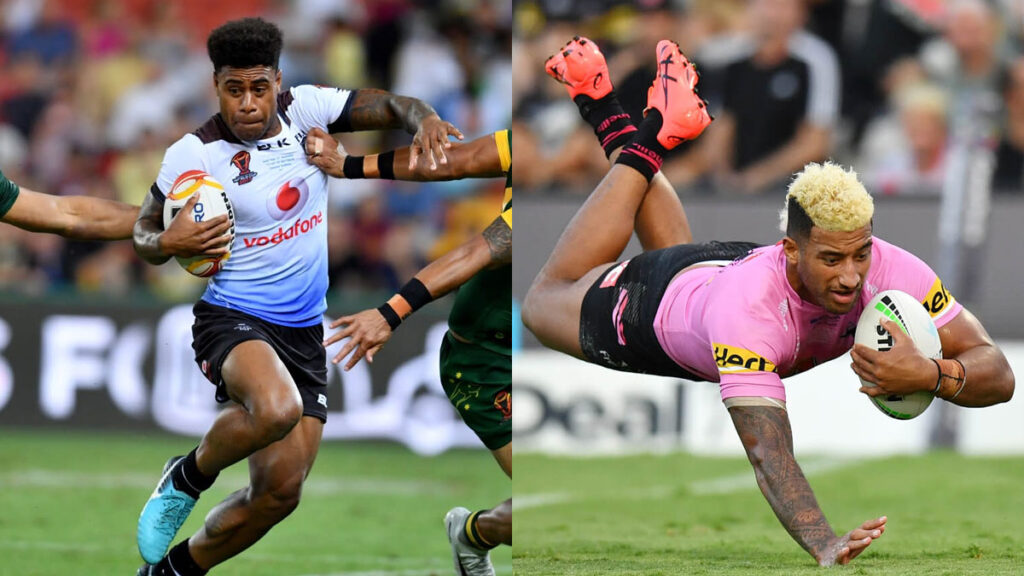 The BBC will broadcast all 61 games for the men’s, women’s and wheelchair World Cup tournaments.

It is the first time all three editions of the tournament will be broadcast live on free-to-air UK television.

Every England, Scotland,Fiji, Australia and Wales game will be shown on BBC One or BBC Two and BBC iPlayer.

Vodafone Fiji Bati coach Jo Rabele has named his 33 member squad for the 2022 Rugby League World Cup in the United Kingdom next month.