Scotland will face England Knights as part of their World Cup warm-up schedule on Saturday, October 8, in Edinburgh.

It’s Scotland’s previously affirmed apparatus in front of the current year’s competition, where they will highlight in Gathering B close by Australia, Fiji and Italy. The conflict will happen at Myreside, 1:30pm, and will be Scotland’s most memorable match on home soil since the Bravehearts’ 86-0 win against Serbia in 2019.

Myreside, home of Rugby Association side Watsonians RFC, is in the focal point of Edinburgh. The apparatus will see the men’s side re-visitation of the capital city having all the more as of late played in Glasgow and Galashiels. 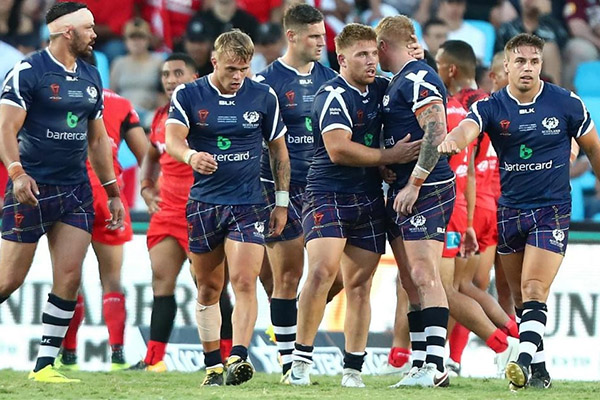 Lead trainer Nathan Graham said: “Having a ‘pre-World Cup camp’ in Edinburgh prior to making a beeline for Newcastle gives our crew an additional four days to get together. There will be a couple of new faces in the blend, so it will allow them an opportunity to coordinate and make our gathering as very close as anyone might imagine.

“Sending off our Reality Cup crusade in Scotland will finish in a warm-up game against Britain Knights. Without having the option to have a significant mid-season worldwide, I felt that we really wanted an extreme game to start us off and Paul Anderson’s group will surely give that.

The Knights will also face France ‘B’ in Bordeaux on Saturday October 1 before heading to Edinburgh. Anderson has promoted four young talents from the Super League to his squad.

Wakefield flyer Lewis Murphy has been named for the upcoming fixtures this autumn. Huddersfield forwards Owen Trout and Oliver Wilson, and Leeds’ Cameron Smith, have all also been included.