the eyes of Australian Kangaroos Vs New Zealand Kiwis rugby league fans will turn to Elland Road in Leeds on Saturday morning (AEDT) for a RLWC World Cup semi-final nine years in the making.

Australia Kangaroos face to NZ Kiwis RLWC 2022 Semi-finals on 12 November 2022 at Elland Road. The Kangaroos take on New Zealand at 6.45am (AEDT) in a mouthwatering clash in Leeds that will decide which trans-Tasman rival progresses to the tournament decider, to play either England or Samoa. 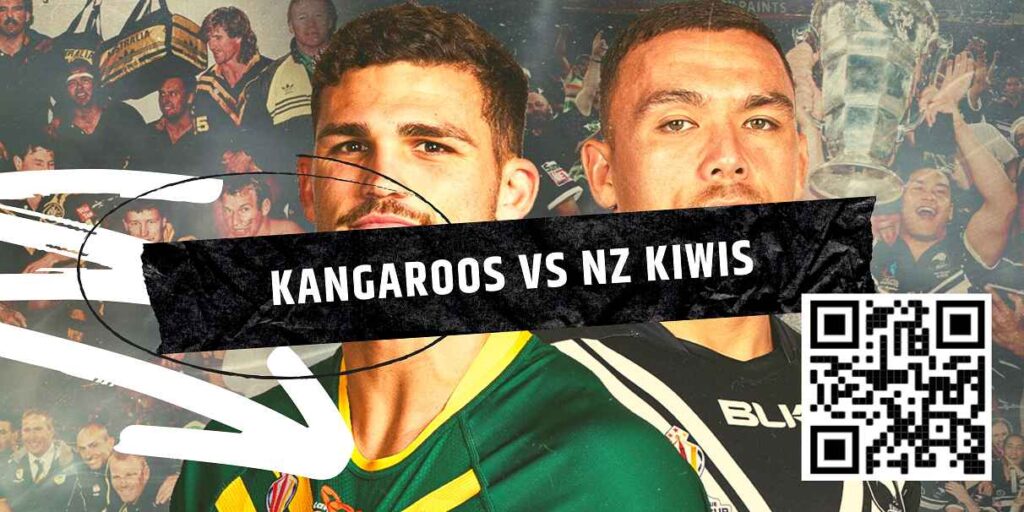 “Nothing can compare with that. It was a fantastic campaign to be involved in and it was a huge honor to be able to lead the first New Zealand team to win the World Cup.”

New Zealand had never beaten Australia in a single tournament fixture, let alone a final, but with 50,559 in the house and millions more watching on television, the Kiwis produced an unbelievable comeback from 10-0 down in the first 20 minutes to break their drought in style.

As the only nation not aligned to Super League, Bob Fulton’s Australians were under intense pressure from the outset of the 1995 World Cup and their run almost ended in a tense semi-final against Matthew Ridge’s Kiwis.

Australia skipped to a 14-4 lead at the break courtesy of tries to Tim Brasher, Mark Coyne and Steve Menzies, before New Zealand came charging back to level the scores at 20-20 when Kevin Iro crossed with three minutes to play.