For being the defending Bunnings NPC champion, Waikato has felt awfully under the radar this year.

The Mooloos are a good squad – second place in the Odds Conference with a 7-1-2 record is nothing to snark at – that has been safely in the playoff places all season and certainly has the look, feel and prior pedigree of a title contender. 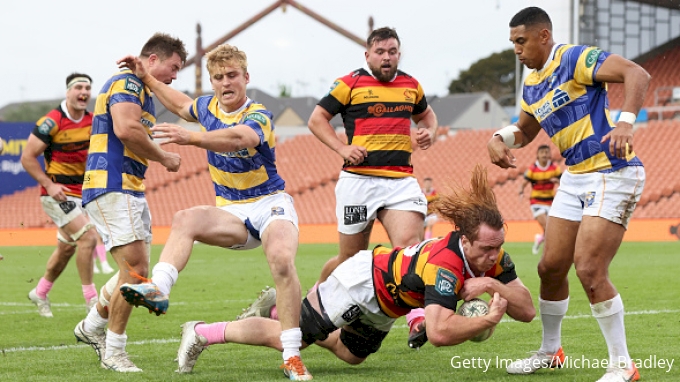 But between Canterbury’s dominance and the optics of not being the division’s outright No. 1 seed, perhaps there is a bit of a chip on Waikato’s shoulder and a point heading into the playoffs.

That journey to a repeat championship starts against Bay of Plenty in the last quarterfinal showdown, with the victor taking on the winner between top-seeded Canterbury and Northland in an immediate rematch from their classic 35-34 tussle last weekend. The Mooloos escaped Hamilton thanks to three tries without reply in the final 20 minutes to officially lock up the Odds Conference’s second seed.

Five-eighth Damian McKenzie, who along with Gatland and Burke are the only players to reach the century mark on points this year (McKenzie has tallied 115 thus far), went 5-for-5 kicking and helped the Mooloos pick up the win with playoff seeding and hosting on the line.

The Steamers, on the other hand, will be aiming to do what Waikato did to them and win on their own turf, this time hoping to leave the Mooloos staying at home for good, eliminated from the playoffs.

A two-match slide has come at the wrong time for Bay of Plenty, even if those defeats did come by a combined three points, but getting players like Emoni Narawa (eight tries) and Kaleb Trask (88 points) in positions to succeed will be the key for the Steamers’ attack, if they want to prevail and advance to the semis.

Tickets are on sale now through Flicket.

If you require an accessible seat, please email Flicket directly on [email protected]