Maori All Blacks captain Brad Weber was understandably proud of his team after their 32-17 triumph full of expansive, running rugby.

He told Sky NZ: “We were encouraged if there was space in front of us to have a crack and we were happy to have a crack from the 22 if it was on. We wanted the boys to show flair and play at a speed that we hoped Ireland couldn’t handle. It was fun to be a part of. 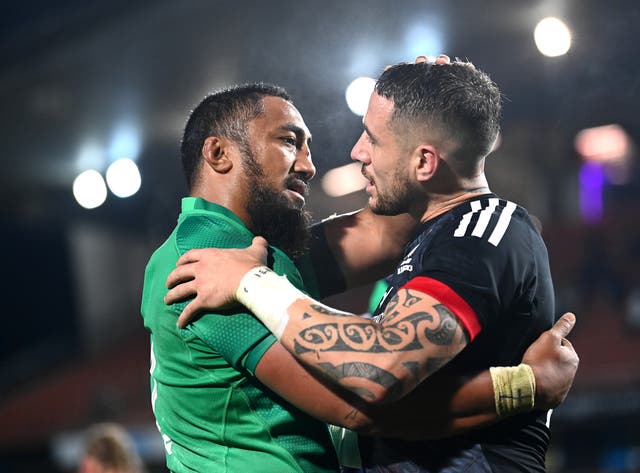 a cracking result for the Maoris and no more than they deserved after a scintillating first-half performance. Four superb tries and they played some brilliant expansive rugby.

How to watch Ireland vs Maori All Blacks 2022 – When does it start, Live streams and schedule

What a fascinating opening to Ireland’s tour of New Zealand. Plenty for Andy Farrell and his coaching staff to chew on as they prepare for the first Test of a three-match series against the actual All Blacks on Saturday.

It was undoubtedly the Maoris’ day as they recorded a victory that had shades of their win over Ireland 12 years ago. These two teams will do battle again on Tuesday July 12, between the second and third Tests.

There was a nice moment at the end of the game as Bundee Aki and TJ Perenara embraced.