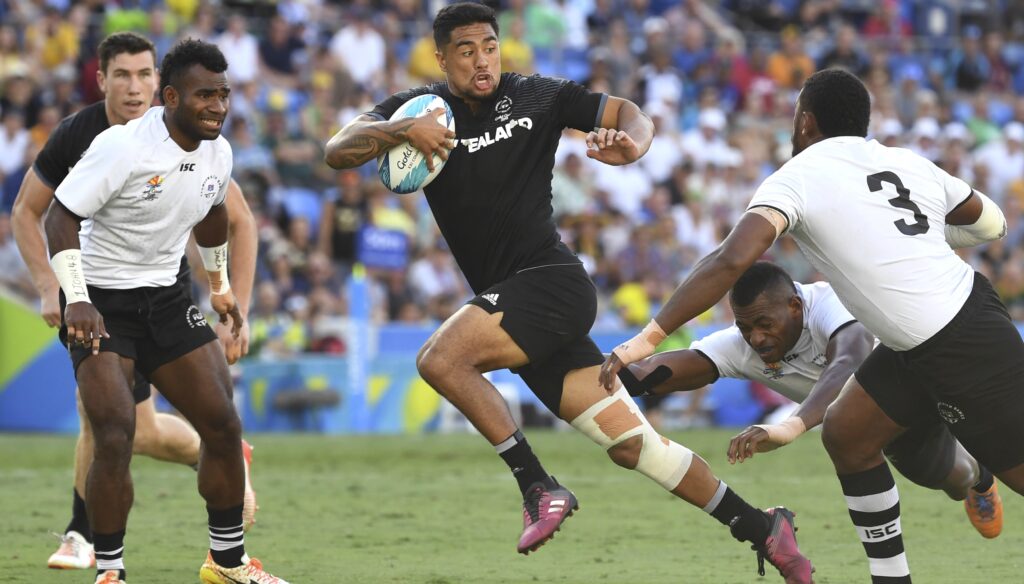 Rugby Sevens at the 2022 Commonwealth Games

At the 2002 and 2006 Games, Rugby Seven was an optional sport and later on made a core sports program by the Commonwealth Games Federation.

It is an exciting high-octane, high-paced sports event and a visual treat for the spectators attending the Birmingham 2022 Games.

Rugby 7 matches are played on a full-size rugby pitch, where seven players from each team play in two halves of seven minutes each. The players have to follow the standard rules of Rugby, where teams achieve points in the following manner.

A Drop Goal (Three Points)
To gain Drop Goal, a player must attempt to kick the ball over the cross ball and between the posts during an open play.

A Conversion (Two Points)
A team is offered a free attempt to kick the ball over the crossbar and between the posts, after successfully scoring a Try.

A Penalty (Three Points)
An Opponent gets a free shot to kick the ball over the crossbar and between the posts as a foul play or penalty shot.

Rugby 7 matches are of short duration and therefore the tournament will be played only for three days at the 2022 Birmingham event.

At every single men’s Rugby 7’s Commonwealth Games tournament, New Zealand claimed the winning spot, the only exception was the 2014 Finals held in Glasgow, South Africa. However, at the 2018 Gold Coast event, New Zealand women’s team once again regained the title.

New Zealand has won a total of 7 medals, while a total of 5 nations have claimed 21 medals at the commonwealth games.

The Rugby Sevens competition at Birmingham 2022 will be held at the Coventry Stadium.

The 2022 Commonwealth 7s Games, officially known as the XXII Commonwealth Games and commonly known as Birmingham 2022, is an international multi-sport event for members of the Commonwealth that is scheduled to be held in Birmingham, England from 28 July to 8 August 2022

Seven also hold the rights to pay-TV, live streaming and radio for this event and their plans for coverage of one of the biggest sporting events to hit Australia this decade have recently been announced.

In a similar fashion to the 2016 Rio Olympic Games, they broadcasted content on all three of their channels – 7, 7TWO and 7Mate – on TV.

On top of that, you can download their 7CommGames app from both the Google Play and Apple store. There is also a website version of the application for desktop and laptop users which will provide exactly the same content.

The app and website are set to have all events on TV and every medal event available for free. This is a change from the Olympic Games when to gain access to anything other than the three channels, you needed to pay for the premium part of the application.

There is still a premium option on the Rugby 7s Commonwealth Games application, which would give you access to HD content, extra features and less advertisements, as well as the remaining events not covered for free throughout the broadcast Commonwealth Games 7s . This option will set you back $19.99.