Wales vs NZ Rugby – Wales will face New Zealand at the Principality Stadium in Cardiff on Saturday 5th November. This will be the first of four autumn internationals to be played by Wales in 2022.

In their most recent encounter, Wales suffered a heavy 16-54 defeat to the All Blacks during the 2021 autumn internationals.

Wales have not beaten the All Blacks since 1953.

Overall, Wales and New Zealand have played each other on 36 occasions since their first meeting in 1905. The All Blacks have won 33 matches, whilst Wales have won just three matches. 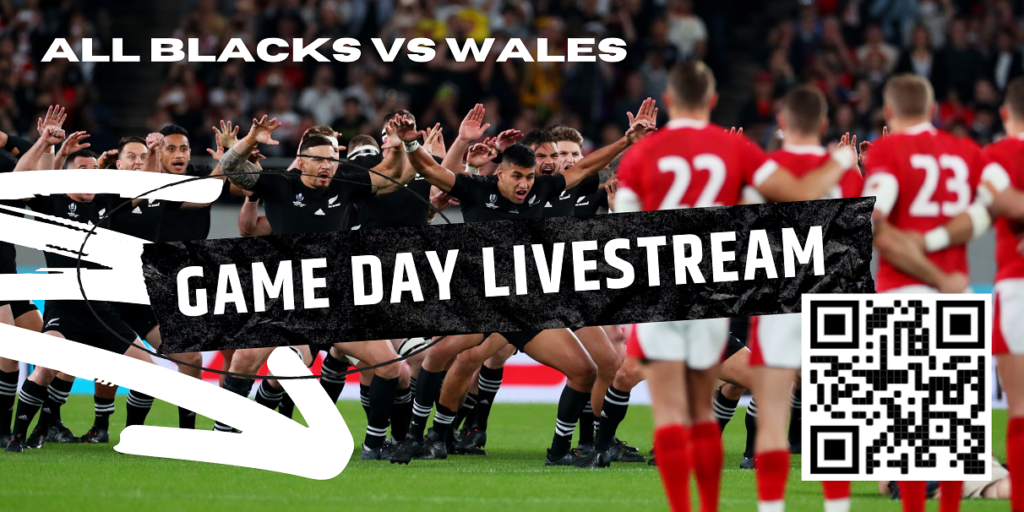 Wales v New Zealand: Seven decades of Welsh agony against the All Blacks

The history of matches between two nations that bleed rugby – and plenty of the red stuff has been spilt over the years – is almost a history of the game itself.

Since the 1905 ‘Match of the Century’ which gave rise to the tradition of singing national anthems before sports events, they have battled.

Now Justin Tipuric’s side are the latest to try to lift the millstone from around their neck and bring a 69-year losing run to an end.

There is bitterness that the wait has gone on so long, not least after the most talked about accusations of cheating in Welsh rugby history.

The New Zealand head coach, Ian Foster, has welcomed back several of the All-Blacks star names to face Wales in Cardiff on Saturday.

Foster makes wholesale changes from the team that beat Japan last Saturday, including starts for Beauden Barrett, his brother Jordie and Aaron Smith. It will be Smith’s 113th Test, taking him above former fly-half Dan Carter as New Zealand’s most capped back.

New Zealand will seek to extend their 32-match winning streak over Wales when the two sides clash at Cardiff’s Millennium Stadium on Saturday although the hosts fancy their chances against visitors who have not enjoyed their best year.

The All Blacks have not lost to the Welsh since 1953 and in their last nine fixtures have amassed 33-plus points in each game. They ran out 54-16 victors last season.

But by their own high standards, New Zealand have had a varied season, losing a home July series 1-2 to Ireland and, despite going on to win the Rugby Championship, suffering a first home loss to Argentina.

“What better side to come up against than a New Zealand that probably haven’t had their best season?” asked Wales coach Wayne Pivac, himself a Kiwi.

“But certainly when you look at the teamsheet, it is quality, we know we’re in for a big game but we’re there to win it.”

Boks Ireland Rugby 2022: Return of the Kolbe at fullback for Springboks
Wales v All Blacks Rugby as well as the rest of the 2022 Autumn Internationals.
Go to mobile version