The Kiwis went undefeated throughout the group stage, finishing with a commanding points differential of +122. The Kiwis go into their quarter-final after topping Pool C with victories over the Lebanon Cedars (34-12), Jamaica’s Reggae Warriors (68-6) and the Ireland Wolfhounds (48-10).

After losing 8-42 to the Kangaroos in their opening match, Fiji beat Italy’s Azzurri 60-4 and the Scotland Bravehearts 30-14 to finish runner-up in Pool B 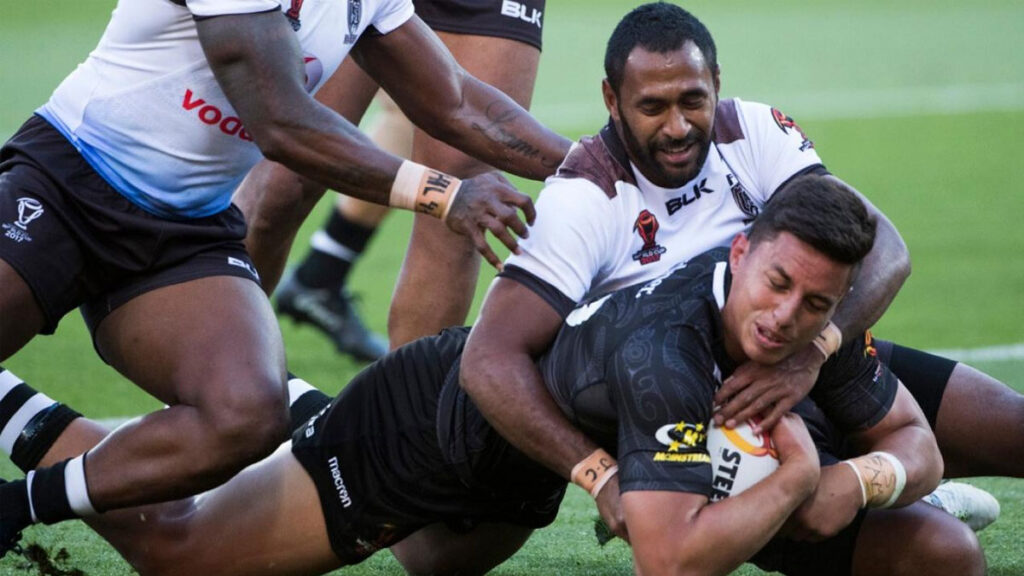 When is New Zealand Kiwis vs Fiji RLWC?

The quarter-final between New Zealand and Fiji will kick off at 7:30 pm local time on Saturday, November 5.

For Aussie viewers, the action will begin at 6:30 am AEDT on Sunday, November 6.

MKM Stadium in Hull, England is the venue for this knockout match.

How to watch, TV channel and live stream for NZ Kiwis vs Fiji RLWC

The match will be broadcast live in Australia, England and New Zealand on TV and via live streaming services.

To purchase tickets to New Zealand and Fiji’s quarter-final match.

New Zealand and Fiji are both yet to announce their team lists for this quarter-final match.

Each nation’s full pre-squad tournament can be viewed here, though.

At the 2017 tournament, the Kiwis were stunned 4-2 in Wellington at the same stage.

Five years later, a much different Kiwis side will square off against Fiji again, hoping to advance to the final four.