Tigers remained on top of the Gallagher Premiership table after bouncing back from consecutive league defeats with a bonus-point try against Worcester Warriors last Saturday and added another five-pointer against their oldest rivals in front of a 23,000 crowd.

Leicester Tigers are the first Premiership club to go through a season on top of the table after every round; Tigers will now face Northampton Saints in the semi-finals, with Saracens and Harlequins meeting in the other semi-final

Saints travelled in good form for the Gallagher Premiership Round 16 clash following back-to-back away wins at Newcastle and Worcester, and with four wins in their last five visits in all competitions.

Will the Gallagher Premiership Semi Final be streamed on PRTV?

No. Premiership Rugby TV was set up to broadcast all of the regular-season games not picked up by broadcasting partner BT Sport. Given that BT Sport will be broadcasting both semi-finals and the final, PRTV will not be streaming the final.

Will the Gallagher Premiership Semi Final be broadcast on ITV?

Yes. ITV will not be broadcasting the semi-final games between Leicester Tigers and Northampton Saints, or between Saracens and Harlequins, but the Gallagher Premiership Final will be broadcast live on ITV4.

Ellis Genge revealed that Leicester Tigers’ forwards made a promise following their Champions Cup exit to Leinster that should serve them well for their next knock-out match opportunity.

Tigers hadn’t lost before their home fans in any competition for 11 months when the Irish province arrived at Mattioli Woods Welford Road in early May, and blew the hosts away in the first half scoring 20 unanswered points. While Genge’s troops managed to cut the final losing margin down to seven with a spirited second-half showing against the competition’s eventual runners-up, they were left to rue what might’ve been.

Leicester’s next chance to progress into a final comes on Saturday when Northampton Saints make the short trip across the East Midlands for an eagerly-anticipated Gallagher Premiership semi-final showdown. 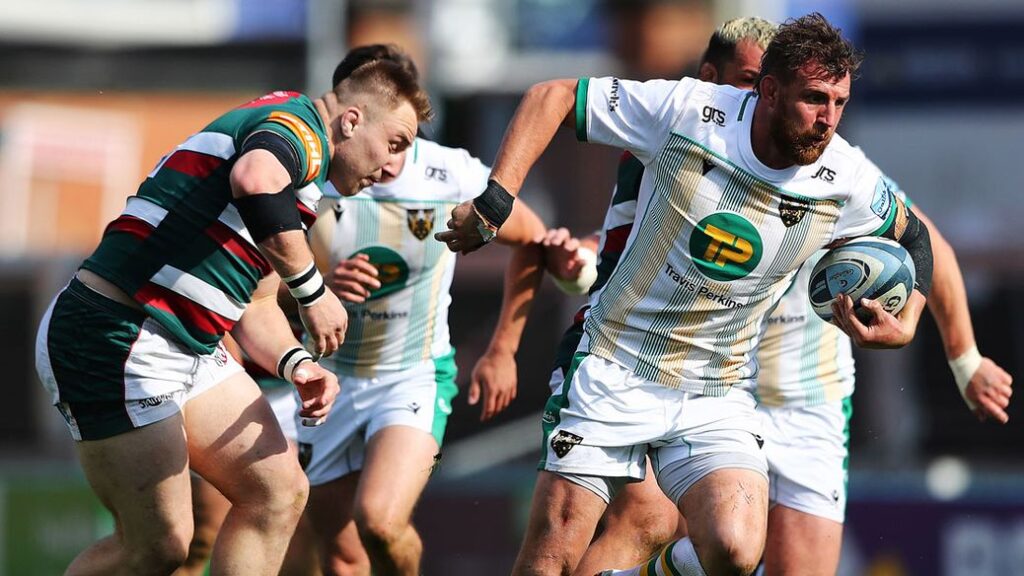 After toppling Newcastle Falcons in Round 26, the men in Black, Green and Gold have secured their place in the Premiership play-offs and are set to face East Midlands rivals Tigers in the knockout rounds for the first time since the 2013/14 title-winning campaign.

Saints’ initial allocation of tickets for the semi-final clash are now available to 21/22 Season Ticket Holders within their 48-hour priority window – prices start from £28* for adults.

Tigers raced through their first 16 games of the 2021/22 season without tasting defeat before suffering their first loss in January, going down 16-13 at fellow Midlands side Wasps. It was a match that saw the Leicester skipper yellow carded for an altercation with Francois Hougaard.

“Wasps away was the biggest lesson, personally,” said Genge. “I wasn’t in the right mental state. Leinster, for this team moving forward, has probably ingrained a mentality that we will never come out of the blocks cold again. You can expect that from Leicester Tigers sides for years to come.”

Genge’s first season as Tigers captain will be his last, after it was revealed in December that he would be returning to Bristol Bears this summer. It means Tom Youngs’ successor in the role will play his final match as a home player at Welford Road on Saturday – but is hoping his time at the club rumbles on a further week into the Twickenham Stadium final.