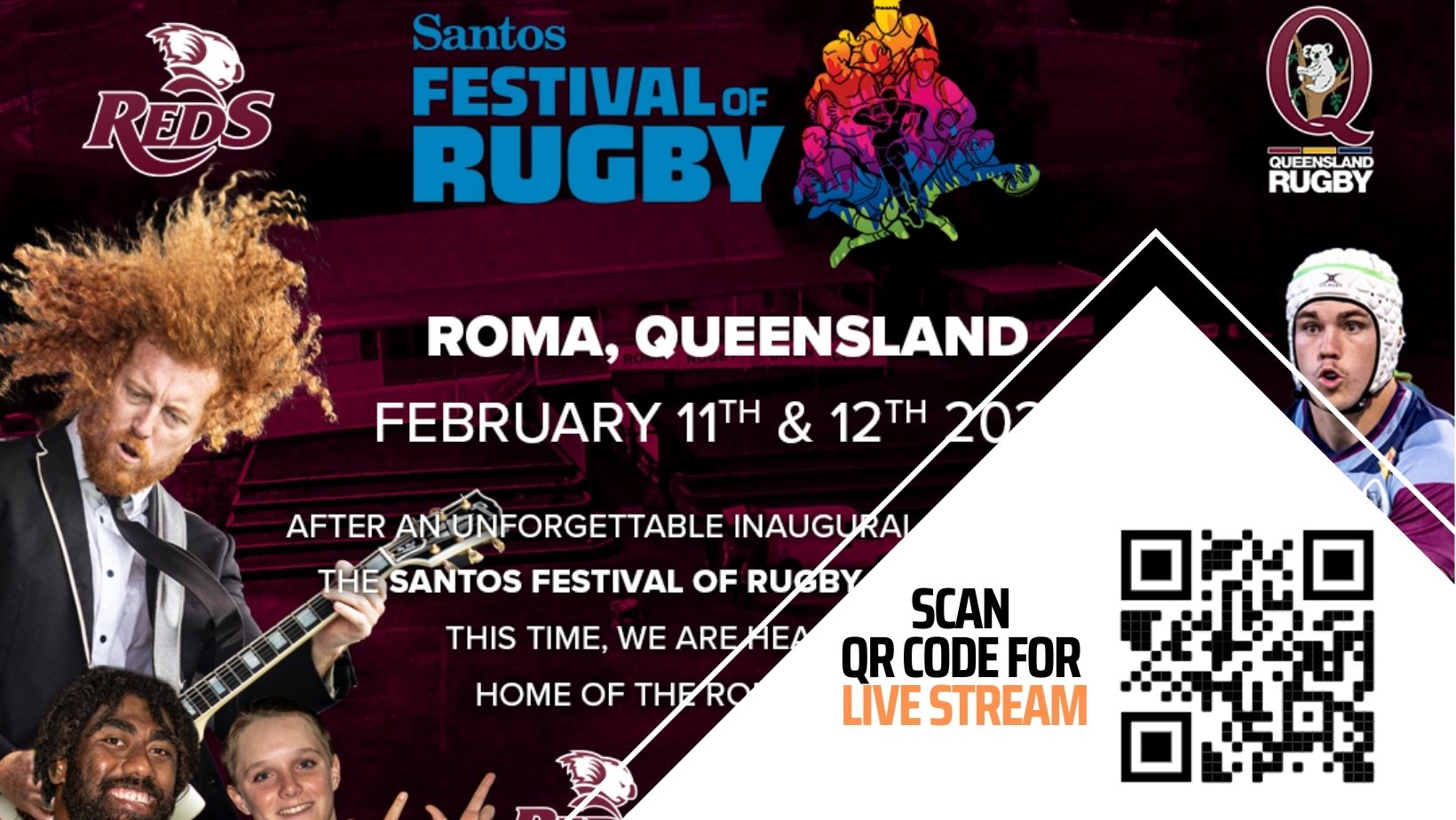 The centrepiece of the festival will once again be a pre-season game between the Queensland Reds and New South Wales Waratahs Super Rugby teams. Playing for the Santos Cup and $25,000 in prizemoney, this is the final chance for the teams to get a hit-out before the newly formed Super Rugby Pacific tournament kicks off.

The Queensland Rugby Union (QRU) has today announced Roma will host the 2022 Santos Festival of Rugby culminating in a pre-season match between the Queensland Reds and New South Wales Waratahs in February 2022.

Following the overwhelming success of this year’s inaugural event in Narrabri, the annual celebration of Rugby heads north to outback Queensland in 2022 as the Reds look to avenge their loss to the Waratahs and claim the Santos Cup with victory over their oldest rivals on home soil.

Hosted by the Roma Echidnas Rugby Union Club and in partnership with Santos and Maranoa Regional Council, the two-day festival will be held between February 11-12 and is set to deliver entertainment for fans both on-and-off the field.

Thank you to the Maranoa Council for their support and the Roma Echidnas Rugby Club for hosting this event.

Santos Festival of Rugby 2022 where and when

On both days the annual Roma Rugby 7s tournament will take place with men’s and women’s teams from across the state descending on the region for the lucrative title and prize money up for grabs.

There will also be live concerts on the Friday and Saturday nights with performances by iconic 90’s Australian rock band Chocolate Starfish and also energetic cover band Furnace and the Fundamentals who played at this year’s Super Rugby AU Grand Final at Suncorp Stadium.

While both bands are sure to get the party going in the small country town, the Reds and Waratahs fixture forms the centrepiece for the festival and will provide both teams with an important final hit-out ahead of the newly formed Super Rugby Pacific tournament that kicks off the very next week.