Munster vs Leinster live : It is the biggest rivalry in club rugby 2022 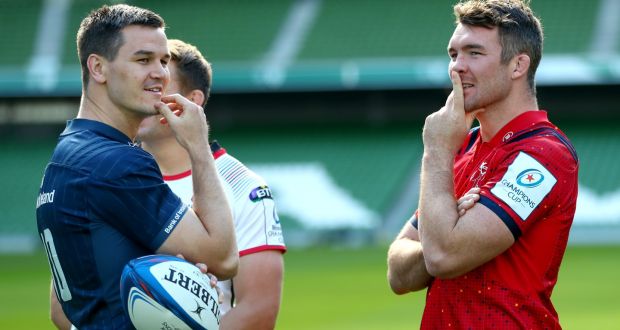 It is the biggest rivalry in club rugby Munster vs Leinster , and both teams know the stakes are high going into Saturday evening’s match. Munster could really do with the win. Munster and Leinster have announced their respective squads for their United Rugby Championship interpro clash.

Munster go into Saturday night’s clash off the back of a 51-22 victory over Benetton in Cork on Friday night as Johann van Graan’s men made it 10 home wins in a row.

When is the game being played?

Where is it taking place?

The game is set to take place at Thomond Park in Limerick.

What time is kick-off?

The game gets underway at 7pm.

Where can I watch it?

The game will be shown Munster vs Leinster live on both RTÉ Two and Premier Sports Two. RTÉ’s coverage begins at 6.30pm.

Leinster travel to Thomond full of confidence having recorded a number of victories in Limerick over recent seasons but Munster did win the most recent meeting between the sides, a 27-3 victory at the RDS in the Rainbow Cup.

Leo Cullen’s side were 45-8 victors over Connacht at the Sportsground on Saturday night and top the URC table on 55 points ahead of Ulster (50) and Munster (47).

Both sides welcomed their remaining internationals back to their respective training centres this week after Ireland’s Triple Crown success.

The reverse Aviva fixture weekend will now be played on the weekend of May 20th/21st.

The switch is due to concerns over the condition of the playing surface at the Limerick venue after Ed Sheeran’s two shows at Thomond Park on May 5th and 6th two weeks before the game.