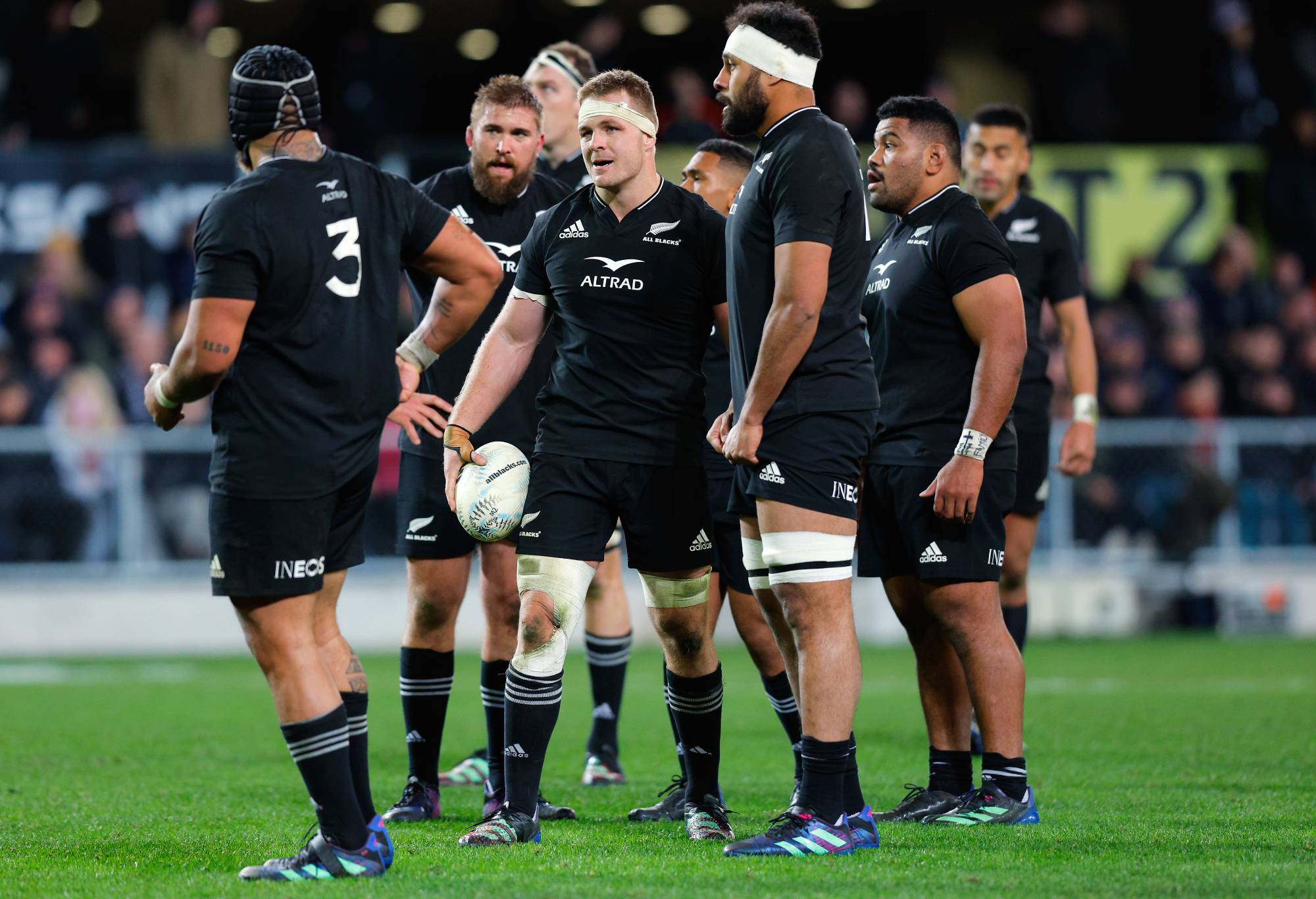 Wallabies fans have been questioning how Kerevi was allowed to pursue a sevens medal as the Rugby Championship was about to get underway, but the destructive centre was honouring a commitment made after the Tokyo Olympics.

Rennie said Kerevi would not have been picked for this year’s Spring Tour due to Japanese club commitments, meaning he misses six Tests, with the Wallabies due to play 11 more in total.

“We are devastated for him. The point of him going to sevens was we thought he could make a genuine difference for them in winning a medal,” Rennie told the Sydney Morning Herald.

“We will miss him big time, and not just as a player but his experience and the influence he has on others. And it’s disappointing for him, obviously, it cut short his Commonwealth Games and the international window, and it is a reasonably long recovery. So yeah, it is a bugger.”

Rennie said he expected Kerevi could get back up to speed ahead of the World Cup next year.

“He is smart and he has a good understanding of what we’re trying to do,” Rennie said. “As you saw last year, he might have only played five Tests but he got nominated as one of the players of the year. That says a bit. We know he will come out of the Japanese program in good condition and we will get our hands on him reasonably early.

“We are confident he will be in a good place. We will try and strengthen our relationships with the Japanese clubs, just to ensure he is getting everything he needs.”

Kerevi suffered his injury in a pool match against Kenya, and Australia ended up out of the medals as he was unable to play in the final rounds.

His Wallabies teammate Len Ikitau said he had spoken to Kerevi since the incident.

“Obviously disappointed for Samu, I just chatted with him before,” said Ikitau. “I guess for him it’s getting his body right, getting surgery and then getting into rehab. So very disappointing but the type of person he is I know he’s going to bounce back and be right for next year.

“It was awesome to play with Samu. The kind of player he is, he’s direct. And then for me, it’s more just playing off that kind of ball that someone produces which is go forward and just reacting and playing on top there, so that’s something that I took out from playing with Samu.”

???? All the best for your recovery Samu! We’re right behind you mate ????????#Wallabies @eToro_official #ARGvAUS pic.twitter.com/N5N3rChSfg

Kerevi’s absence is expected to see Hunter Paisami step in alongside Ikitau at 12 when Rennie names his 23 on Friday morning AEST for the first Test in Argentina on Sunday.

“He’s a different player to Samu,” said Marika Koroibete about Paisami. “He’s got his own game. He’s an extra playmaker for us as well, different energy. I reckon if Hunter is picked this week he’s going to do a good job.”

Ikitau said the Wallabies were expecting to see a different style from Argentina than they encountered in last year’s two victories over the South Americans.

“We’ve watched some footage of them the way they counter,” Ikitau said. “They don’t really kick as much as recent years but we know that they’re going to be dangerous from all over the park. So I guess for us it’s fronting up in defence and just staying switched on.

“Two games against Argentina are going to be very tough two games and then against the world champs of South Africa in Australia. We need to play the footy we know we can play and keep building on it every week.

“It was disappointing we didn’t get the series win over England. We did a lot of video footage to see what we needed to work on. But for us as a team, being in Argentina, it’s a new competition and now, this trophy is up for grabs.”

South African World Cup winner Joel Stransky says All Blacks captain Sam Cane is “battling” and needs to put his hand up if the team is to avoid double defeat against the Boks.

“If the captain is battling a little bit as a player, the other players can’t help but look around and think we could be better if someone else was there,” Kransky told NZ radio.

“He is coming back from a bad injury and trying to find that form again – but that’s where he finds himself. If you are playing against South Africa you want the best 15 on the field, and I’m not sure he’s quite there at the moment.

“Ardie Savea was sensational in that (Irish) series but Ian Foster is under pressure because he’s got the talent and not made the best use of it. There’s not great attacking structure.”

Foster has survived for now, but Stransky believes he is walking a tight rope.

“He has got two weeks left to try and right the ship and that’s not exactly a show of confidence – it’s a stay of execution,” he said of NZR’s qualified support of the coach.

Stransky is expecting an uplift from the Kiwis after their sobering defeat against Ireland.

“I do think they will raise their game and come back from the defeat against Ireland,” he said. “But that is so hard to do against a Springbok side that dominates up front.

“That’s our game – mauling you out of the game, scrumming you into the penalty situation.

Sam Cane of New Zealand looks on during the International Test match between the New Zealand All Blacks and Ireland at Forsyth Barr Stadium on July 09, 2022 in Dunedin, New Zealand. (Photo by Hagen Hopkins/Getty Images)

“It’s not particularly pretty, it’s not exactly positive, but it is effective and we are really, really good at it. We force the penalties and we force the points.

“They need to catch South Africa off guard when our defence is not organised and structured, avoid the big confrontational areas.

“They need to find space in the midfield and out wide … around the fringes and forwards they won’t find anything.
“But it’s easier said than done because you need a good solid foundation to do that, and we stop the opposition from getting that foundation.”

Cane, meanwhile, has reflected on the difficult days that followed the Ireland defeat.

“Whenever you don’t get a result you’re looking for, the first thing you do is look in the mirror and look at your own performance,” he told reporters in South Africa.

“When you get to this level, players are always going to look at themselves and what they could have done better, rather than look outside.

“There have been a few tweaks within the coaching staff which should hopefully help, but without doubt a few of us need to be stepping up on the field.”

He knows what to expect on Sunday.

“That’s a confrontational, physical battle. You just have to look at the footage – big men coming round the corner, running hard, cleaning hard, and some of the skill and speed in midfield and the outside backs is right up there with the best in the world. They’re the full package,” Cane said.

On a personal level, Cane said it had been tough for the players’ families.

“I’ve been doing all right,” said Cane. “The key is not to engage or read any articles or stuff online, and focus on your close group of friends and team-mates. As long as they have your back and believe in you, and you believe in yourself, then you’re in a pretty good spot.

“It’s probably harder sometimes on loved ones. But I’ve been all good. When we come in and get into our work, it’s almost like we’re in our own little bubble, just focusing on getting things right.”

In a third change from the side that beat Wales 30-14 in Cape Town last month, rookie wing Kurt-Lee Arendse replaced injured Cheslin Kolbe, who is nursing a broken jaw.

Marx will earn his 50th cap, matching the feat of the man he replaces in the starting side, Bongi Mbonambi, who reached that mark last time out against the Welsh.

“He (Marx) is a true warrior and epitomises what we stand for as the Springboks,” coach Jacques Nienaber said in a statement.

“We are preparing for a challenging Test which will be vital in setting the tone for our Rugby Championship campaign this year and that is our focus.

“The All Blacks are strong all around and they will come to Nelspruit desperate to avenge their (2-1 home) series defeat
against Ireland and to prove that they remain one of the powerhouses in world rugby, so we believe experience and
physicality will be vital in this Test.”

Marx will have props Trevor Nyakane and Frans Malherbe either side of him, while there is an experienced lock pairing
of Eben Etzebeth and Lood de Jager. Captain Siya Kolisi, Pieter-Steph du Toit and No.8 Jasper Wiese make up the back row.

De Klerk will be alongside flyhalf Handre Pollard, with Damian de Allende and Lukhanyo Am the centres, and a back three of Arendse, Makazole Mapimpi and fullback Damian Willemse.

Cane: NZ not far off return to top form
Wallabies star may wear goggles against Argentina after teammates had LASERS pointed at them in 2014
Go to mobile version