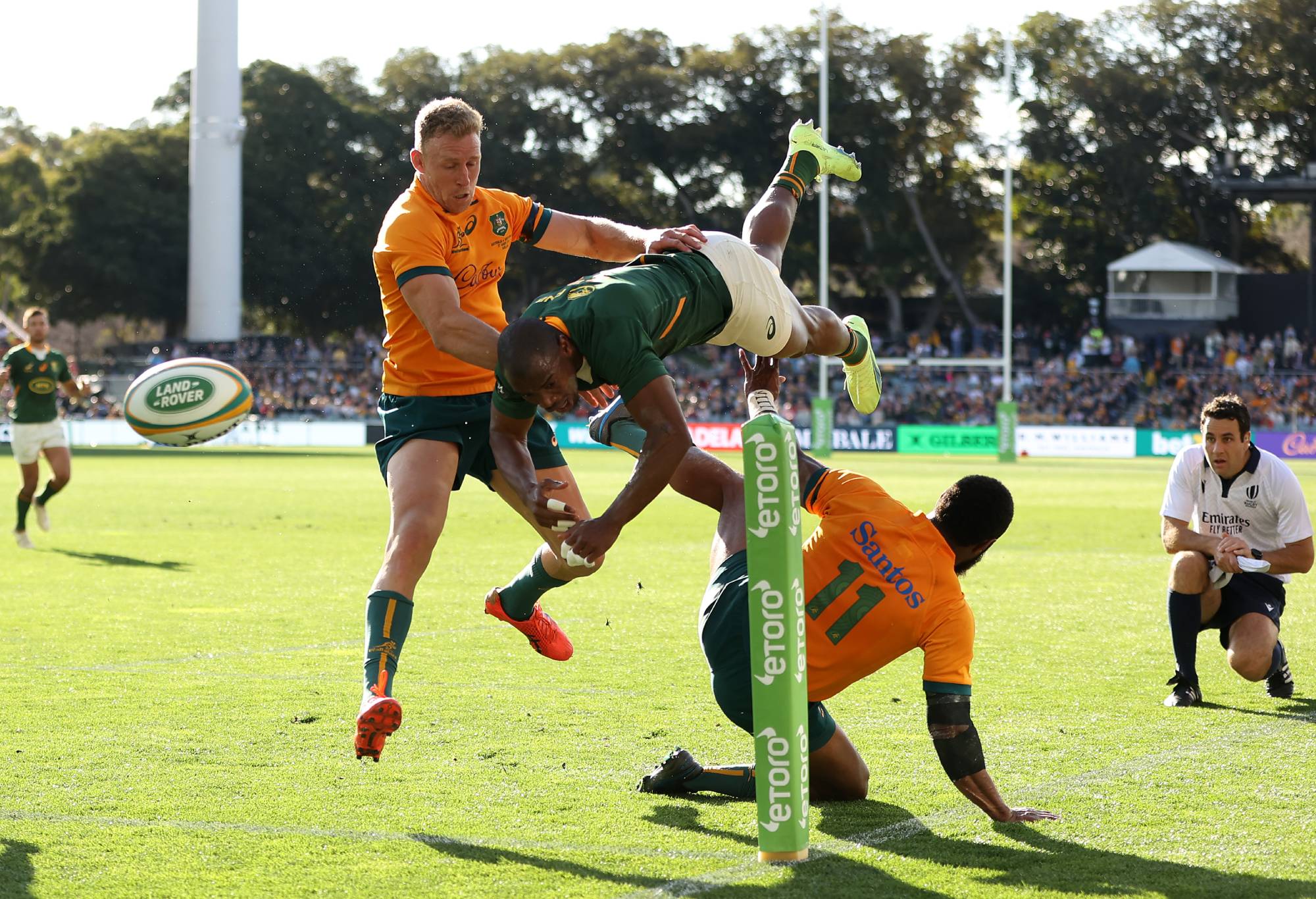 The All Blacks have announced an unchanged starting team for the second Test against Argentina in Hamilton.

Flyhalf Beauden Barrett and lock Brodie Retallick have been brought onto the bench as they make their returns from injury.

Hooker Dane Coles and loose forward Dalton Papali’i have also been introduced from the bench as the All Blacks look to bounce back after their loss in the opening match.

“We are obviously looking to build parts of our game and this week is another chance to do that,” said All Blacks head coach Ian Foster. “This year’s Rugby Championship is extremely tight and that makes this weekend’s Test an exciting opportunity.

“As a group, this has been a week of refining areas where we know we can be better. It has been a good preparation in Hamilton so far and the hard work will need to continue so that we get a performance everyone can be proud of.”

An unnamed Springboks player has apologised after he was caught urinating during a training session on school grounds ahead of this weekend’s clash with the Wallabies at Allianz Stadium.

A Springboks official said the player, walked away during training to an isolated location near trees “as it was, unfortunately, an urgent call of nature”.

“The player apologised to the school headmaster,” the official told the paper, who reported the incident was witnessed by the school’s principal, Lance Raskall, and one other adult.

“South African management was quickly alerted to the incident after a complaint was made. The tourists were told their behaviour was not appreciated given the school had been kind enough to let the reigning world champions use their facilities.”

South Africa’s Director of Rugby Rassie Erasmus put doubt on the report, which was confirmed by a spokesperson for the NSW Department of Education.

There has been a lot of talk this week about rugby union coveting a league star in Joseph Suaalii, but a Wallaby has also made an impact on the NRL.

Against South Africa last Saturday, Koroibete set Adelaide Oval and international rugby alight when, with the Wallabies a man down, he charged like a missile 40m across the field and tackled Springboks winger Makazole Mapimpi at full tilt.

He sent Mapimpi flying over the sideline, saving a certain try.

“That was pretty much Marika – he doesn’t do anything unless it’s flat out,” Storm coach Craig Bellamy said.

The coach said Koroibete’s charge could hold up in any code as an example of what a player could achieve through pure effort.

“It was a great example to any young footy player on how you can change a game with an effort,” he said.

“That’s what turns footy games – you put the effort in in your games and you’ll come up with some big plays.”

The Waratahs have brought in an experienced lock and two for the future.

Taleni Seu, Zac Von Appen, and Zane Marolt were added to the squad on Thursday for the 2023 Super Rugby Pacific season.

SUPER RUGBY TRANSFER CENTRE: EVERY SQUAD SO FAR FOR 2023

Seu was part of the Blues academy before moving to the Chiefs where he made his Super Rugby debut in 2016 under current Wallabies coach Dave Rennie.

The New Zealand-born lock spent four season with the Chiefs before moving to Toyota Industries Shuttles in Japan Rugby League One.

“I am excited to join the Waratahs for the 2023 season. After having a chat with Darren Coleman, I can see what his vision is for the group and how he wants to build on a good 2022 season. The team sounds like a tight group, and I can’t wait to get to work,” Seu said.

“After being in Japan, I’m looking forward to getting back into the competitiveness of Super Rugby, while developing my game under some quality coaches.

“My wife and I have family in Sydney, so it’s going to be a good fit and we are really looking forward to our move later in the year.”

Zac Von Appen, who joins the side on a wider training squad contract, graduated through St Augustine’s College and has been a member of Sydney University’s run to the Shute Shield Grand Final.

“It’s a real privilege for me to join the Waratahs program, and something that I don’t take for granted,” Von Appen said.

“During my time rowing, I would train twice a day, six times a week, and worked at a bottle shop to support myself.

“To be able to join the program on a full-time basis and dedicate myself to the team I’ve supported since I was a kid is incredibly special to myself and my family. I cannot wait to get stuck in.”

Zane Marolt, born and raised in Queanbeyan, is a product of St Edmonds College and currently plays his club rugby for Queanbeyan Whites.

The 22-year-old lock also joins the team on a wider training contract after spending the past four years in the Brumbies Academy.

He was in Jason Gilmore’s Australian U20 side in 2020 and featured for the Brumbies Runners against the Waratahs A side earlier this season.

“I’m extremely grateful for the opportunity to join the Waratahs,” Marolt said.

“The team is trending in the right direction, and I feel this is the best place for my development as a player.

“I can’t wait to get started, work hard, and push my case to hopefully make my Super Rugby debut in 2023.”

“We needed to bolster our second-row stocks in the squad, and I’m really excited with the balance we have achieved with the arrival of these three recruits”, Coleman said.

“Taleni will help us with our short-term needs with his experience, size, and physicality while with Zane and Zac, we are keeping one eye on the future as they are a couple of good long-term prospects.

“We feel all three will make a great contribution to our squad ahead of our 2023 Super Rugby campaign.”