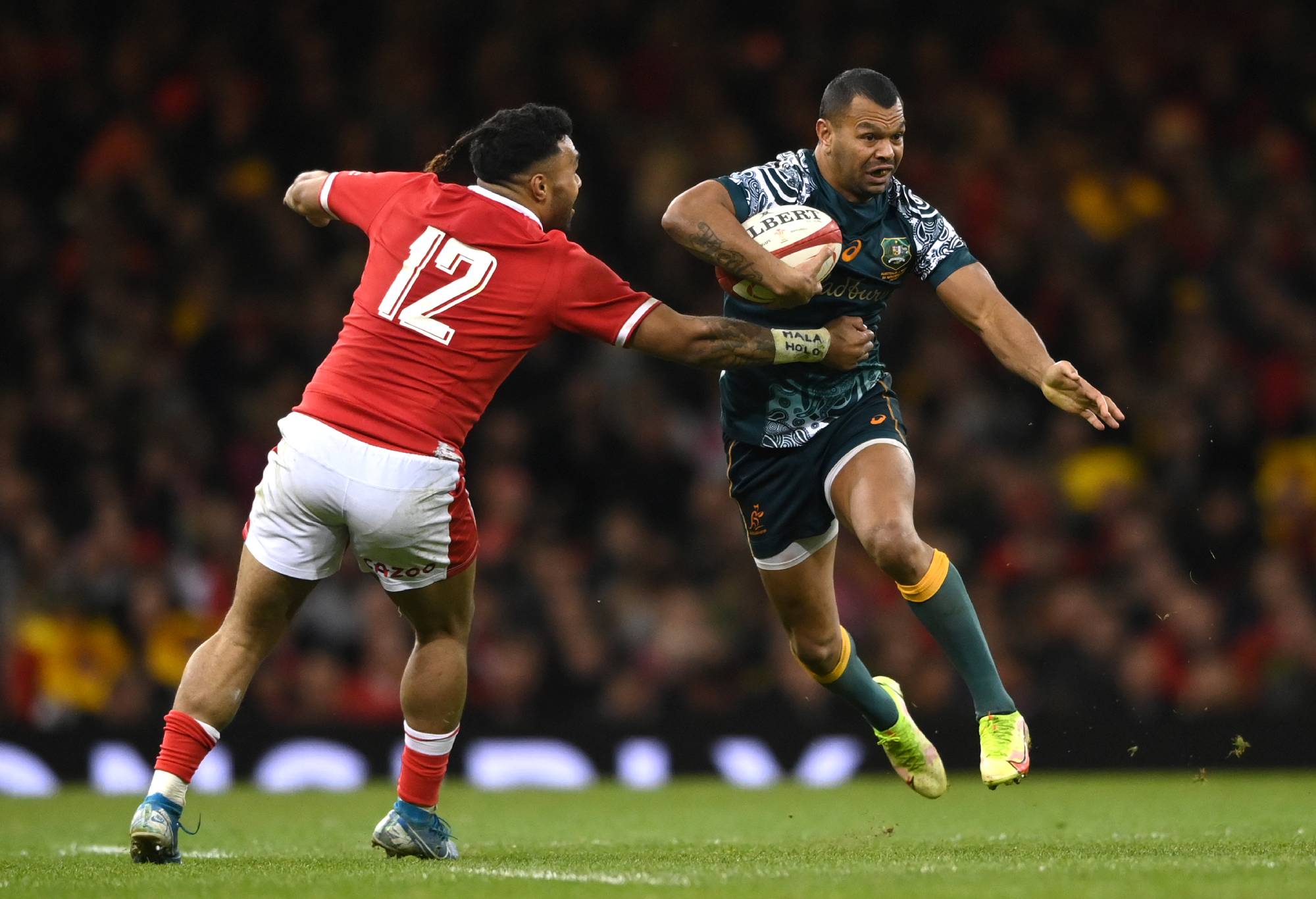 Ian Foster should learn his fate by Thursday while Wallabies coach Dave Rennie has received the backing of Rugby Australia’s CEO after a freak run with injuries to deal with in The Rugby Championship.

Foster’s hold on the All Blacks coaching position will be determined via a NZR board vote on Wednesday with the coach due to meet with CEO Mark Robinson and the GM Professional Rugby & Performance Chris Lendrum on Tuesday.

The New Zealand Herald revealed that Foster was reviewed after last year’s northern tour where they lost to Ireland and France and asked to be judged on the first five Tests this year. They have lost 2-1 to Ireland and shared a 1-1 result with South Africa, showing enormous character to win at Ellis Park.

That victory, and NZR’s decision to leave Foster hanging, has seen a slight shift in public sentiment back towards the coach, reports Stuff on Tuesday, although 73 percent of more than 18,000 respondents still think he should go.

In Australia, RA CEO Andy Marinos has moved to quieten talk around Rennie’s immediate future. The Wallabies coach has a winning percentage of 40 percent from 25 Tests and this season he has faced a huge casualty ward.

“When you critically look back on it, we’ve created opportunities and failed to execute in the big moments.

“What we have been able to develop is a great strength of depth, which meant that we could field a competitive 23 with 16 guys sitting on the sidelines. That’s a great development from last year.

“I’ve got full confidence in Dave as the right man to lead us to the World Cup. There are tweaks and things they know they need to address, and I’m really confident they’ll [do] that on and off the field – and I’m confident that we’ll get there and be successful.”

Marinos said the Wallabies were reviewing their load management in training with the strength and conditioning program in an effort to see if there are concrete reasons for the increase in injuries, or if it is just a run of bad luck.

Meanwhile veterans Kurtley Beale and Bernard Foley are reported to be among options Rennie is considering to bolster the squad against the Springboks and All Blacks.

The Wallabies are expected to name a squad later this week for matches against the Boks in Adelaide and Sydney while Fox Sports reported Beale would meet with RA medicos on Tuesday for a progress report on his injury.

Rennie was coy about bringing back Foley, but he has shown no reluctance before in bringing experienced players into playmaking roles.

South Africa have picked a strong 34-man squad for their Rugby Championship matches in Australia with utility back Canan Moodie as the only uncapped player.

The Wallabies will host the Springboks in Adelaide on August 27 and in Sydney on September 3 with plenty of pressure on Dave Rennie and his players after a record loss in Argentina last weekend.

That defeat saw the Australians slip to seventh on the world rankings – equalling an all time low from late 2018.

The All Blacks moved from fifth to fourth ahead of England with their win at Ellis Park.

The assignments don’t get any easier for Australia and Boks coach Jacques Nienaber says his squad is close to full strength.

He flagged changes would be made when the team plays Argentina to round out TRC with his extra focus of building towards next year’s World Cup.

“We have been working with a large group of players for the last few months and we believe this will pay off in the long run as we look to expand our depth for the Rugby World Cup and beyond,” Nienaber said.

“Our thought process is that we will have two groups of players – one who will participate in the Australian leg of the competition and another for the Argentina matches.

Bok squad announcement – the 34 players that will travel to Australia to face the Wallabies in back-to-back #CastleRugbyChampionship Tests: https://t.co/29MeTjOvEe#StrongerTogether #StrongerForever pic.twitter.com/yzRJdfSlmU

“This way we can manage the players as well as possible on tour, while at the same time ensuring we continue to develop our depth.”

Nienaber caused controversy last month when he employed a similar approach in the series against Wales, using a second- string team for the second test which South Africa lost.

A stronger team was surprisingly beaten at home by New Zealand last Saturday.

Moodie has been called up as utility back cover following injury to Cheslin Kolbe and the suspension of winger Kurt-Lee Arendse.

To celebrate Canan Moodie’s ascent to the Springbok camp here are 5 of his best moments ???? Full video on the @Vodacom Bulls App: https://t.co/St1rizOu2i pic.twitter.com/AbpOuI3fDa

Three Fiji Rugby Union staff members have been sacked and chief executive John O’Connor has agreed to take leave amid an internal investigation.

FRU chairperson Commodore Humphrey Tawake said the board was planning to conduct an internal audit: “We had to terminate three staff members and I cannot divulge the names or the offences now due to investigations being conducted. An audit is part of the everyday business function and for Fiji Rugby to facilitate that immediately, FRU CEO has volunteered to take annual leave to allow for the process to happen seamlessly.”

The FRU issued a statement which read: “Following the discovery of certain breaches of internal processes, Fiji Rugby Union has terminated three staff last week, and this has promoted the FRU Board to also bring forward an audit that was scheduled for later on in the year as part of operations.”

Another former England player has lined up Eddie Jones, saying the team is suffering because of his dictatorial style.

“The game now is far more strategic and far less barbaric. Rugby in 2022 is about problem solving as you go,” Burrell wrote in the Mail on Sunday.

“I’m not sure England have the players to do that. In my opinion, that’s because the environment created by Eddie isn’t right. It is a dictatorship.

“That is how I felt when I was part of Eddie’s set-up. I’m not sure what things are like now, but my experience is of a dictatorship where you are just told what to do.

“That sort of environment doesn’t allow the players within it to grow and make wrong decisions, which is crucial.”

Burrell added: “No one wants to make a wrong decision, but rugby is never going to be a smooth process. The ability to make mistakes, learn from them and then correct them the next time around is crucial to the growth and development of both a player and the team as a whole.

“I’m not sure England’s players feel they can do that. They’re worried about making errors which could lead to them being dropped. They live in fear of Eddie.

“So too do his assistant coaches. That much is clear by the huge number who have worked in the England set-up under him and then moved on.”

WILL GENIA: Wright can make it at 15 but he’s not there yet, JOC must assert himself, reason attack is faltering
Adelaide will host the Wallaroos vs Black Ferns Rugby Game on 27 August 2022
Go to mobile version