‘Luxury the Wallabies sorely miss’: How the Bledisloe rivals match up man-for-man and the key area ABs dominate 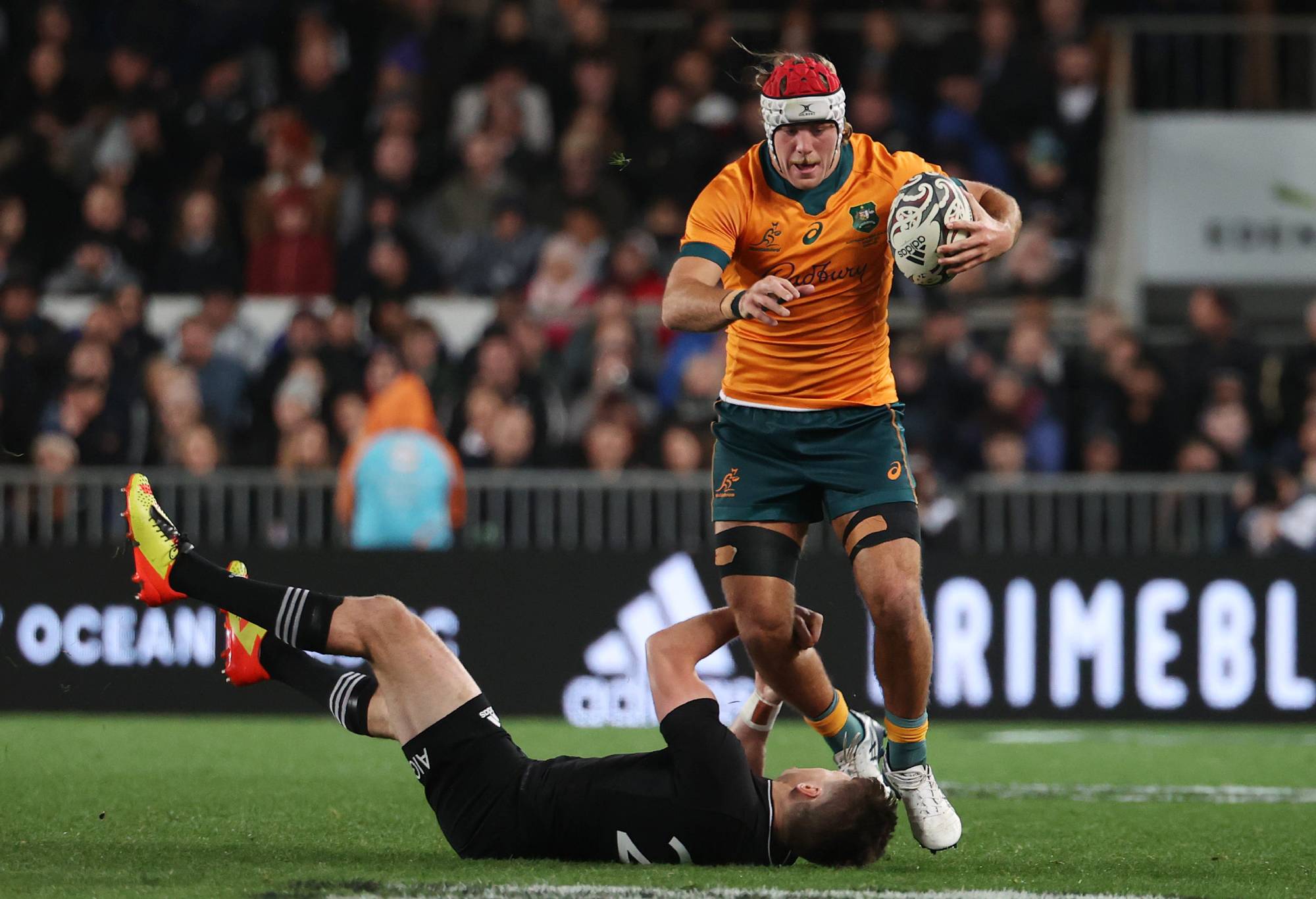 The past few months of international rugby have proven one thing, past performances are no guarantee of future results.

As we move into the final rounds of The Rugby Championship the simple truth is that no single team is yet to display a dominant winning run or stamp their authority at the top of the ladder. With points differentials and bonus points required to dictate ranking of teams thus far, this stands as one of the tightest and evenly matched championships in memory.

The penultimate round kicks off with a rare midweek Test, Australia hosting New Zealand, in Melbourne, on Thursday evening. While the past provides no indication of how either side may fare, let’s compare the pair and judge where our teams stand.

The Championship, and earlier home Test series, have not been kind on any team. Not one of the four coaches could convincingly say they enter the final rounds with their first choice XV.

Injuries have been regular and non-discriminatory. Could this be a factor of the workload required on players at the highest level? Is it a fault of the conditioning staff, or tackling technique? Is it a consequence of the high level of physicality and emphasis on winning the collision? Whatever the reason, both the Wallabies and All Blacks have announced team-sheets which can politely described as compromising.

Starting in numerical order, or front to back if you like, the Wallabies here show potentially their only consistency. The combination of James Slipper, David Porecki and Allan Alaalotoa has proven to be one of the stand out combinations of the Wallabies Test season, when utilised.

Yes, the front row has seen forced changes, but this combination somehow feels familiar and comforting. The All Black front row has been an area of weakness throughout the season, does this mean the Wallabies have the advantage here? Almost certainly not. We know what Tyrel Lomax brings in the scrum and Samisoni Taukei’aho is close to securing the No.2 jersey for the World Cup. The scrum could be a even match up with no side able to stamp dominance.

The Roar Experts Harry Jones and Brett McKay are joined by Kiwi Scotty ‘Sumo’ Stevenson to preview Bledisloe I.

The second row is a more one-sided affair. The combination of Brodie Retallick and Sam Whitelock must be considered as one of the most successful second rows of the professional era. Although now aging and admittedly not as formidable as earlier in their careers, these two still demand selection when fit. The lineout has not been a strength of the Wallabies for some time and it is difficult to see how Matt Phillip and Jed Holloway will successfully combat these two in the air. Adding the presence of Scott Barrett in the loose forwards, the lineout is likely to be an ongoing tale of woe for the Wallabies.

Moving to the loose forwards, we see the injury toll (both physical and otherwise) raise its ugly head. The All Blacks had finally settled on their best back row, only to lose Shannon Frizell and Ardie Savea ahead of the Bledisloe opener. Their replacements have been taunted as like for like replacements, but is anyone really an equal replacement for Savea?

For the Wallabies the absence of Michael Hooper has been clear. Fraser McReight and Pete Samu have done well in cover, but here’s hoping that the English home series is not the last we have seen of Hooper in the Gold jersey. Samu earns his first start of the season, his ability to read the game has seen him standout late in Tests when coming off the bench, but he does not possess the same pilfering skills of McReight which rob an opposition’s momentum in the first sixty minutes. This selection has some question marks.

While the forward packs may seem relatively even, the backs are anything but. The All Blacks enter with likely their best choice backline available. The experienced and proven combination of Aaron Smith, Richie Mo’unga and David Havili at 9, 10 and 12 is a luxury the Wallabies sorely miss.

While injuries have dictated the Wallabies selections in these positions, it is difficult to see how the mashed together combination of Jake Gordan, Bernard Foley and Lalakai Foketi could possibly succeed in a Bledisloe Test. Foley may surprise with a revisit of the form he displayed much earlier in his career, but he would arguably be better served with a more experienced No.12 outside of him in the form of a playmaking Hunter Paisami or the barn storming Samu Kerevi.

This is no discredit to Foketi, he has shown great potential and talent in his Super Rugby career to date. Foley has been at his best on the international stage when accompanied by the fast thinking tactical play maker Matt Giteau at inside centre. Foketi doesn’t offer this yet. Expect to see Nic White and Reece Hodge make an early cameo if the aforementioned combination does not succeed.

Len Ikitau feels more of a mainstay in the team dynamic than his meagre 19 Tests to date suggest. He may be called on regularly to straighten the attack or settle with crash balls when the play makers lose shape.

In the outside backs the All Blacks again show a better balance of skills and experience. Jordie Barrett and Will Jordan are both interchangeable in the full back position which allows adequate coverage in the event of a kicking duel.

Both are comfortable under the high ball and the kick return and both offer a back line playmaking option. Caleb Clarke offers the fast and hard running, “Jonah Lomu style” often sought by the All Blacks.

The Wallabies by comparison have had difficulty settling on their best options for the back three. Although Marika Koroibete’s name is preceded by the No.11 on the team sheet, most would wager his is the first name listed.

Fullback and right wing have proven a revolving door this season. Andrew Kellaway’s return in favour of Reece Hodge doesn’t quite feel justified. Hodge’s unique role of Mr Fix it, has likely relegated him to bench as flyhalf cover, however the backline would possibly have a better skills balance with Kellaway at 14 and Hodge at 15. In that scenario Kurtley Beale could be utilised as bench cover for 10-15. It is welcoming to see Jordan Petaia return, if from the bench. Talent such as his needs to be further tested ahead of the World Cup.


‘Not on our watch’: All Blacks motivated by fear of 20-year first as backrow battle ground brews

The Wallabies will likely go to their bench early in the second half in order to maintain a up-tempo momentum. On paper, the All Blacks bench has the ability to absorb this, but there is no clear advantage here shown by either side.
The simple truth is that the international season thus far has shown that the Southern Hemisphere nations are evenly matched.

All sides have produced both rocks and diamonds in their outings, with a seeming inability to repeat the diamond standard.

The Bledisloe is normally preceded by a great build-up and anxiety of how the Wallabies could possibly defeat an all dominant All Black side. However this season there is an overwhelming sense that anything could happen. Yes the All Blacks likely have the more complete side. If the Wallabies gain parity at the set piece and win the collision, and if (a very big IF!) the Wallaby backline gels and receives front foot ball, the Wallabies may produce for their fans a gain on investment.

The Thursday Two-up: Time for a good, old-fashioned rugby rant
The great rugby reset: You will own nothing, and be happy
Go to mobile version