Love or loathe him, Hooper’s legacy will be forged in France 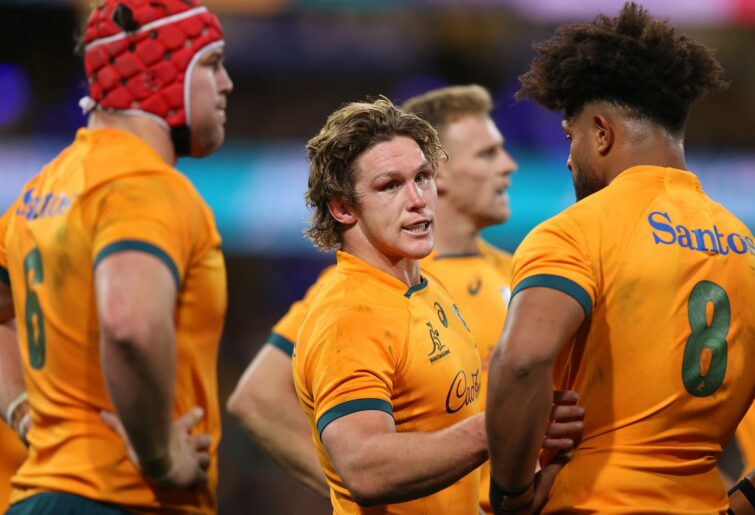 Has a Wallaby ever divided public opinion like Michael Hooper?

And there is a genuine chance of him joining Wyatt Crockett (and potentially Aaron Smith) in the double ton club at Super level if his body holds up.

Throw in a 2014 Super Rugby crown, 2015’s Rugby Championship title, two men’s World Player of the Year nominations, and his captaining the country at just 22 years of age, and you’ve got an impressive rugby resume.

There’s the glaring absence of silverware – specifically the Webb Ellis Trophy and Bledisloe Cup – and overseas wins against Tier 1 sides.

Then there’s the captaincy.

Made the regular skipper following Steven Moore’s retirement, Hooper has been regularly questioned as both on-field decision maker and referee manager since day dot.

Does he take enough shots at goal? Does he have the temperament to lead? Can he manage the pace of the game?

Take your pick – they’ve all been the subjects of Roar articles and countless others since his first taste of captaincy in 2014.

Even his place in the Wallaby XV continues to spark debate as rival openside flankers (David Pocock, Liam Gill, Fraser McReight to name a few) come and go.

Yet here he stands – a Test Centurion, re-endorsed as skipper by Dave Rennie after the Michael Cheika years, and destined be the first Australian to lead his side into two Rugby World Cup campaigns.

There is little doubt Hooper is one of Australia’s most devoted rugby servants.

He’s played and captained through some of the Wallabies’ toughest seasons in the professional era with incredible durability.


Love or loathe him, Hooper’s legacy will be forged in France


Rugby News: Holloway to debut at No.6, FB and scrum half calls made, Rennie reacts to Kerevi disaster, Cane ‘not in best 15’


Cane: NZ not far off return to top form


Coach’s Corner: Why Foketi is serious contender after Samu blow, which No.10 gives ABs best shot to beat Boks


‘We have to change the game’: Larkham reveals RA’s back room move to ‘tweak’ rugby, promises more exciting Brumbies

But there is no substitute for success and sadly Hooper has tasted little across his decade-long career (so far).

So how will Michael Hooper stand in the halls of history? What will his legacy be?

Achieving what the likes of Gregan, Stirling Mortlock, Rocky Elsom, Will Genia, James Horwill, Ben Mowen and Stephen Moore could not by breaking the Bledisloe Cup drought as captain would etch Hooper’s name into the record books.

But with presumably just two shortened series before “Bill” goes up for grabs, it’s difficult to see the Wallabies winning three of the next four All Black meetings required to reclaim (and potentially retain) the Bledisloe.

And while winning one or even two of those encounters would be cause for celebration, it still wouldn’t be enough to bank Trans-Tasman silverware over the next two years.

No, Hooper’s legacy lies in Paris – and that’s where the underdog Wallabies have a sniff.

If they escape familiar Pool C foes Wales, Fiji and Georgia unscathed, they should emerge victorious from a likely quarter-final date with Argentina or Japan to take their place in a semi-final against one of South Africa, Ireland, France or New Zealand.

Failure to top their group will see Old Blighty loom large for another quarter final but July’s lost series was the result of Australian errors, not English excellence.

Anything can happen in the knockout stages and a full-strength side with Quade Cooper, Samu Kerevi, Marika Koroibete and Taniela Tupou wreaking havoc would make any of the top-five nations uncomfortable.

Australia has never bombed out of consecutive RWC quarter-finals.

When Johnny Wilkinson broke Aussie hearts (again) in 2007, a brave 2011 campaign saw the Wallabies shake off poor selections and a pool loss to knock out South Africa in the QF and eventually claim bronze.

So, rightly or wrongly, anything less than a medal in Paris will be considered a failure.

And Michael Hooper’s legacy as both captain and player hangs on that podium finish.

Not topping Pool C, losing another QF, or finishing fourth would almost certainly end his captaincy.

Winning five games on the trot, going down fighting in semi-final loss to any of South Africa, Ireland, France or New Zealand, and bouncing back to take bronze would be a brave effort.

But defeat in the semi-final (or final) would deepen doubts about Hooper’s ability to win big games ahead of the 2025 Lions Tour.

And yes, leading Australia to a World Cup final a year after slipping to seventh on the world rankings would be a remarkable achievement and could even preserve his place, along with coach Dave Rennie’s.

Yet the absence of major silverware would remain – and so would the questions.

Only the image of Michael Hooper lifting the William Webb Ellis Trophy on 28 October 2023 will dispel his doubters and etch his name into rugby folklore.

Cruel that such a long-serving contributor to Australian rugby could have their legacy boiled down to a single daunting task.

And cruel that doing the impossible and skippering Australia to its third World Cup win would come at the expense of countless other and equally compelling storylines and stars of the game.

Johnny Sexton steering Ireland to glory in his fourth and final RWC campaign.

Or SH heavyweights South Africa and New Zealand roaring back to life for a historic fourth World Cup.

But for a man destined to become Australia’s longest serving player and captain, bringing back “Bill” would elevate Michael Hooper to rugby folklore.

It would wipe away a decade of underachievement and heartache.

It would totally reinvigorate interest and investment in Australian rugby ahead of the 2025 Lions Tour and 2027/2029 RWCs on home soil.

Love him or loathe him, Hooper’s legacy will be forged in France.

Will he be remembered as Australia’s greatest journeyman? A hard-working, durable, servant of Wallaby rugby who gave his all but never achieved true on-field success?

Or will he become our 21st century Superman who, after a decade of adversity, broke the drought and returned Australian rugby to its former glory?

We’ll find out next October.

Wallabies star may wear goggles against Argentina after teammates had LASERS pointed at them in 2014
The Thursday Two-up: Hopes and dreams, thoughts and prayers
Go to mobile version