On 9-11 December 2022, DHL Stadium comes alive to the cheers, sights, sounds and masterful play of the HSBC Cape Town Sevens. The iconic stadium is the perfect venue and setting for the greatest show in South African sport. The stadium is set against the backdrop of the Atlantic Ocean and the unmistakable silhouette of Table Mountain directly opposite. The stadium is easily accessible through various transport options.

It’s official –South Africa’s biggest, best and most FOMO-inducing party returns to the calendar when the HSBC Cape Town Sevens kicks off on Friday, 9 December 2022, after a two-year COVID-induced shutdown.

Masks are off (unless you’re coming as Spiderman), partying is on (it’s almost compulsory) as 28 of the hottest-stepping, shapeshifting, try-scoring, and generally, mind-boggling rugby teams from around the world strut their stuff in the Mother City.

The World Rugby Sevens series makes its way to Cape Town this weekend where the Blitzboks will look to win at home for the first time since 2015. 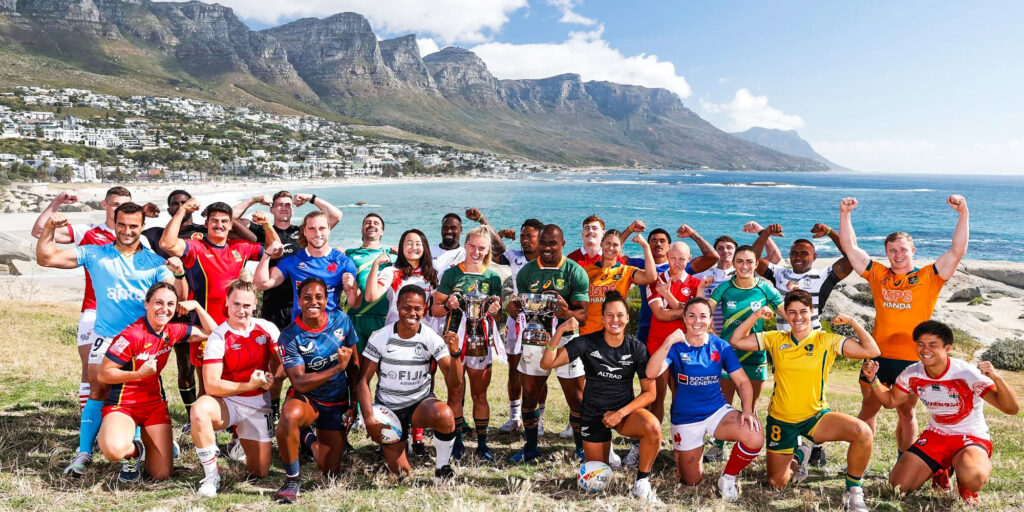 The Springbok Sevens side will contest a tough Pool A alongside Fiji, France and Canada.

The hosts open their campaign against Canada on Friday night at 20:03.

On Saturday, the Blitzboks tackle Fiji at 11:19, before concluding pool play against France at 17:00.

Meanwhile in the women’s event, Springbok Women’s side will open their campaign against Australia at 13:50 on Friday, before facing Ireland at 18:37.