‘Can come back stronger’: Horan’s verdict on QC’s RWC hopes, our No.10 depth chart and his X-Factor pick 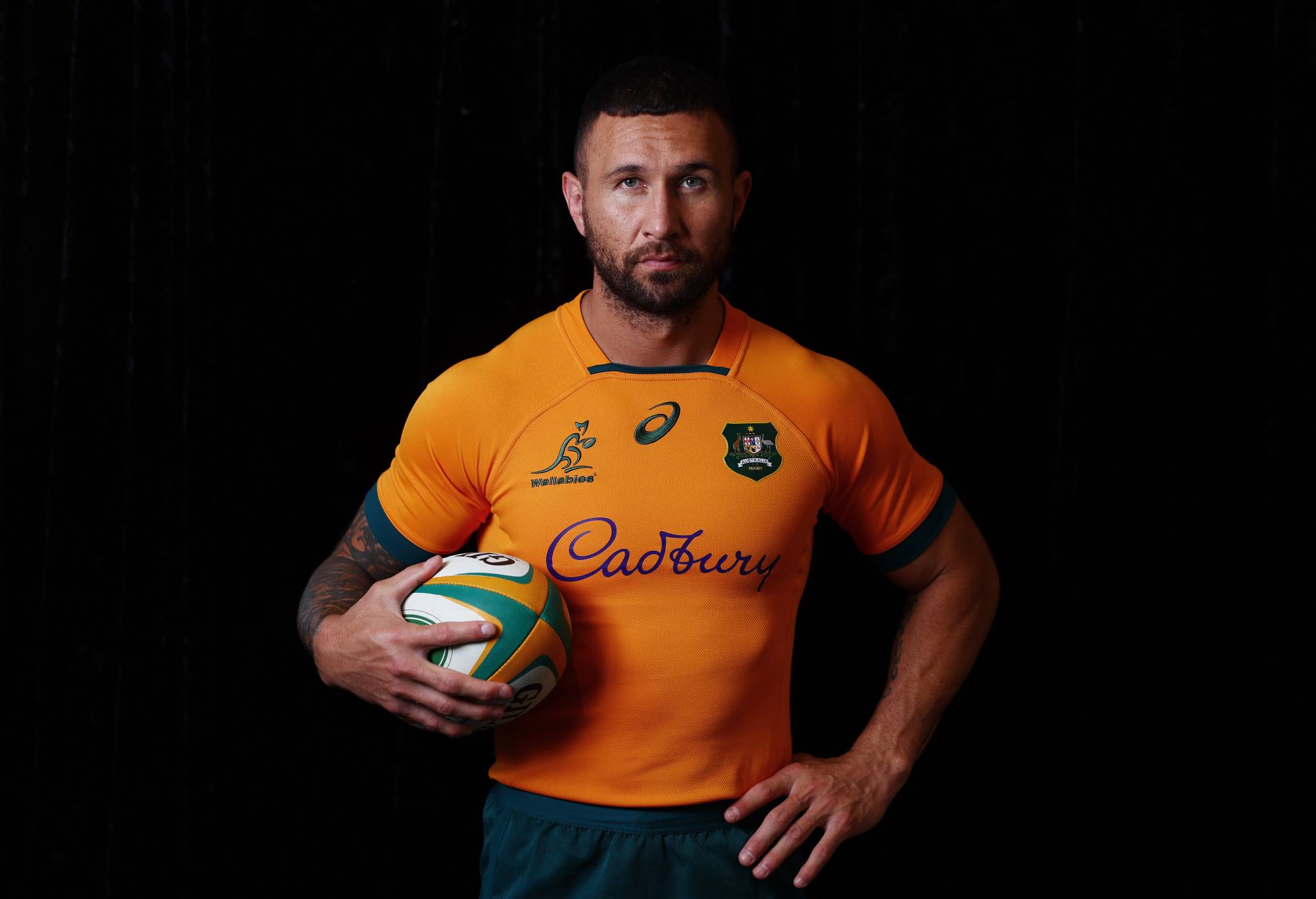 It was the Super 10 final in Durban in 1994 when Tim Horan, playing for Queensland Reds against Natal Sharks, stepped hard off his left, bent his knee at an ugly angle, and broke just about everything.

There were ruptured cruciate and medial ligaments, a dislocated femur, his patella (somehow) lodged up behind his hamstring. There was damage to the joint. Both cartilages were cactus.

It wasn’t so much if he’d play rugby again but walk.

“I didn’t care about playing rugby again,” Horan tells The Roar Sports. “I just cared about getting back to a normal life – playing touch footy, playing tennis, getting out on the golf course.

“And I wanted to work as hard as I could to achieve it.”

He moved to Sydney and worked every day with Wallabies physio, Greg Craig. Six months into rehab and Craig said something Horan never forgot.

“He said, ‘Tim, a ‘normal life’ for you is playing rugby.’ And that’s when we started to really track towards it.
“But early on, the question I asked myself was, ‘Do you want to walk?’,” Horan says.

All of which makes Horan, a crack analyst with Stan Sports, uniquely-placed to advise Quade Cooper – and Australian rugby – about the 34-year-old’s journey back towards green-and-gold – and what Australia should do in the meantime.

Cooper’s Achilles injury is, of course, different to Horan’s knee. And as they lay on the turf of Kings Park and Malvinas Argentinas Stadium, both men were in a different place. Horan was ten years younger than Cooper.

But in terms of time out and the mental strength required to get back, Horan says Cooper has to initially focus on getting fit – and keep in mind what’s ahead of him.

Iain Payten of the Sydney Morning Herald joined The Roar rugby experts Brett McKay and Harry Jones from the Wallabies tour in Argentina for a deeper review of the win in Mendoza, the impact of Michael Hooper’s sudden withdrawal and a look ahead to the second game of the tour in San Juan

Can he do it? Horan says “definitely”.

“You can play after eight to 10 months after an Achilles injury, depending how recovery goes. But it’s going to take him probably 10-to-12 months to be fully fit.

“But he can definitely get back. It’s whether he can get back to the speed he wants for the World Cup,” Horan says.

Asked if the injury is one that plays on a player’s mind, like a phantom – ‘Will it go again?’ – Horan is emphatic: “No. As long as you’ve done your rehab it’ll be stronger than the other one.”

Another positive: in January of this year Fijian Drua fly-half Teti Tela, 31, was running again six months after Achilles surgery. Two months after that he trotted out against Melbourne Rebels.

So, here we are, with Australia’s first-choice fly-half out of action until, best Teti Tela case, April of 2023 – five months before the World Cup in France.

In the meantime Horan says it’s vital for Australian rugby to cultivate the next generation of fly-halves – and not necessarily the ‘obvious’ ones, the Waratahs trio Ben Donaldson, Tane Edmed and Will Harrison.

“The step up from Super Rugby to play in a gold jersey is a big one,” Horan says. “And those three players, they’ll need more time in Super Rugby. I think you’ve got to find someone who’s got X-Factor.”

Who does? Horan is a big fan of 20-year-old Western Force fly-half Reesjan Pasitoa but the youngster is recovering from a knee injury that is expected to rule him out for most of the 2023 season.

His pick for the future is 19-year-old Jack Bowen, son of former Wallabies fly-half Scott, who starred for Australia U20s and currently runs about for Eastern Suburbs in Sydney’s Shute Shield.

“No-one’s seen Jack Bowen outside of club footy. But he’s just out of school, just turned 19. Really impressive, he’s got something.

“Yes, here’s where he should be, playing club footy. But you’ve got to, not ‘fast track’ these guys, but I think you’ve got to get them into a system that develops them.

“And if Jack Bowen is not going to get a chance with the Waratahs because there’s three flyhalfs there, put him with the Reds or the Rebels or somewhere where he’s around a good system.

“He mightn’t play much [first class] footy but he’s going to be in a system where he can develop,” Horan says.


‘Can come back stronger’: Horan’s verdict on QC’s RWC hopes, our No.10 depth chart and his X-Factor pick


The Thursday Two-up: Recalibrate, reset, or full steam ahead?

We throw some left-field suggestions at Horan: a switch from the centres for Hunter Paisami; the poaching of a random halfback from rugby league. Neither appeals greatly to Horan. Indeed he says shifting Paisami would be “suicide”.

“There’s no chance. It would be suicide. And I think they’re smart enough not to do that.

“On the leaguies, I haven’t watched a lot. But I’m sure there’s kids there. There’s kids that come out of these GPS schools who go to league and don’t get a chance in rugby.

“I think we’ve got a better fighting fund now to keep those kids.

“But in every position we’ve got to build talent straight out of school and give them an opportunity,” Horan says.

For the time being Horan is positive about what Reece Hodge, James O’Connor and, particularly, Noah Lolesio can bring to the party.

“I was really impressed with Noah Lolesio in those three Tests against England. I think he’s really grown physicality-wise and he’s a smarter in his game management. I’d be persisting with him. He could play 80 Test matches.

“And James O’Connor will have learned from the last couple of games where he came off the bench, didn’t do too well. It would have hurt him. He’s a very good player and he could do a good job for you.

“But, again, you’ve got to develop those younger ones under them and give them an opportunity.”

Horan’s final message for Cooper is this: Time is your friend.

“He’s got time and we know he’s very motivated to get back and get it right,” Horan says. “But by ‘get it right’ I mean to live your life for the next 40 or 50 years.

“He’ll also have a goal of getting back and playing rugby.”

The Thursday Two-up: Recalibrate, reset, or full steam ahead?
‘I did think the worst’: BB’s ‘scary’ escape, Foster urged to embrace ‘Hollywood’ moment to save job
Go to mobile version