on Saturday 25 June will see Tāmaki Makaurau Auckland’s Mt Smart Stadium play host as the Kiwis and Kiwi Ferns line up against Pacific rivals Tonga in a blockbuster double-header worthy of the wait. The Kiwis will get in ahead of the Warriors by playing a test against Tonga at Mt Smart Stadium on June 25, with the Kiwi Ferns also making up a double header.

The rugby league spectacle coincides with Matariki – the Māori New Year, falling on the inaugural public holiday weekend. The long-awaited international clashes will celebrate the return home to Aotearoa and the re-uniting of players with their New Zealand fans and communities.

Fourteen years have passed since the Kiwi Ferns faced Tonga women, where they earned a 40 point victory at the 2008 Rugby League World Cup. Both nations will now meet again off the back of 2020 victories; the rookie lead Kiwi Ferns earned a 28-8 win over Fetu Samoa, while Tonga women had a dominant 66-8 performance over Niue. 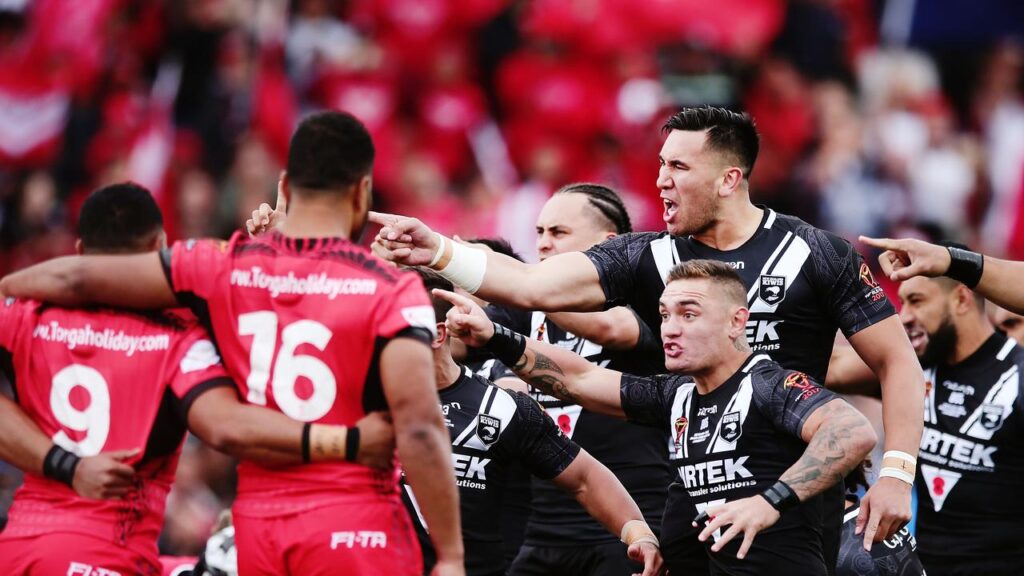 As both teams take the field come June 25, NZRL aims to achieve a new world record crowd attendance for a women’s rugby league match, which currently sits at 18,000.

Pre pandemic, the No.1 ranked Kiwis were hot off a series win against Great Britain and a 34-14 victory against their Tongan rivals in 2019. Despite their loss to the Kiwis, Tonga achieved a historic 16-12 upset over the Kangaroos in the same year.

After a two year hiatus, Saturday 25 June will see the return of arguably the biggest rivalry in international rugby league, as both nations will look to assert their dominance ahead of the October Rugby League World Cup.

NZRL CEO Greg Peters says this has been a long time coming.

This year will feature the biggest Representative Round in NRL history. The schedule of matches will be:

“What a great feeling to finally have our Ferns and Kiwis back on the park, and even better at home. To celebrate Matariki weekend with an international Test double header that unites our fans and communities in celebration is special.”

Peters adds, “We have been working with the NRL for some time now to produce an international weekend on both sides of the Tasman during the origin window. June 25 will also see Samoa play Cook Islands and PNG face Fiji in Campbelltown before Ampol State of Origin the following day.

“We encourage everyone to make their way to Mt Smart come June 25 to break the crowd attendance record for a women’s Test and celebrate the return of international rugby league to New Zealand shores after some challenging years.”

Tonga Head Coach Kristian Woolf says, “We are excited about the opportunity to represent the proud nation of Tonga for the first time since the successful campaign against Australia and Great Britain back in 2019.

“This opportunity has been a long time coming, so we can’t wait to face the Kiwis again. This will be an important match for us as we look to reunite the team and also give some of our young players a chance to represent their country ahead of the World Cup,” Woolf concludes.

The Return of our Kiwi Ferns 😤

Hon. Poasi Mataele Tei, Acting Prime Minister of Tonga, says, “This is very exciting news for Tonga, and we welcome the opportunity with open hearts. It has been a tough ride for all Tongans around the world, especially the last three months, but this match between New Zealand and Tonga will certainly uplift Tongan spirits as we look forward to another successful World Cup campaign in England.”

Auckland Unlimited Head of Major Events, Chris Simpson, says the excitement’s building in Tāmaki Makaurau for what will be a fantastic event.

“Aucklanders are avid rugby league supporters, and to have New Zealand and Tonga play at Mt Smart will be exhilarating,” says Simpson.

“We encourage league fans from across New Zealand to make Mt Smart and Tāmaki Makaurau their destinations of choice this Matariki long weekend – it’s going to be huge!”

International Rugby League Chair Troy Grant says, “It is great to see international rugby league back on the menu in the Southern Hemisphere, and what a blockbuster to go with. I think the whole world is waiting to see clashes such as the Kiwis against Tonga as it’s the appetiser for what is to come at the World Cup and then on a regular basis from 2023 onwards.”

LIVE on Sky Sport 4 and Channel 9 for Australian viewers.

Tickets on sale Tuesday from Ticketmaster, NZRL to release ticket link in the coming days.