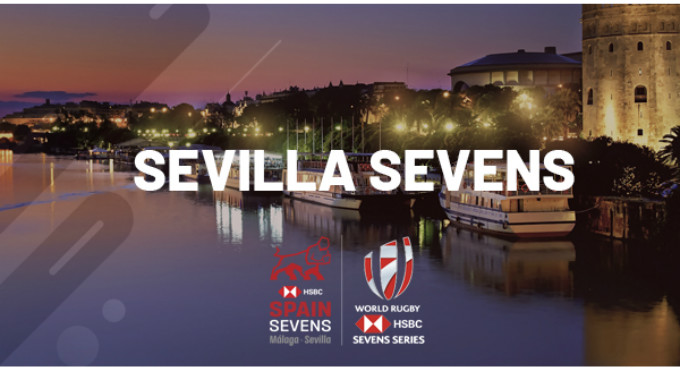 World Rugby Seville Sevens second tournament is being held at Estadio La Cartuja in Seville on 28–30 January 2022. All times in Central European Time (GMT+01:00). The pools were scheduled as follows. With Malaga Sevens capping off the tournament with two outstanding finals match, fans and teams now prepare for Seville.

The HSBC World Rugby Sevens Series took place in Malaga for the inaugural Spanish leg. We saw the USA women take home the hardware after beating Russia in the finals. While the Blitzboks 7s took home their third championship trophy winning all three Sevens Series events, so far.

The teams are set to move to Seville for the fourth and final round of the Spanish leg next weekend.

A new addition to the line up has been announced, as Poland will be replacing Fiji in the women’s event.

The pools have been set based on the results of the Malaga leg which sees Pool A with USA, Canada, England and Portugal for the womens.

Pool B will be Russia, Ireland Poland, and Brazil.

Pool C will have the series leader Australia, along with Olympic silver medalists France, Spain and Belgium.

For the men’s tournament, Fiji has confirmed that they will not be able to participate in the later leg of the series.

The unbeatable South Africans will be in Pool A with USA, and hosts Spain in a three team pool.

Pool B will have their challenger, Argentina who are with Ireland, Germany and Jamaica.

While Pool C will see the English squad go up against, France, Wales and Japan.

Pool D will have Australia, Canada, Scotland and Kenya to finish the list.

We can’t wait for another exciting weekend of rugby sevens. Stay tuned for more updates.