Click on the video player above to watch live coverage of the HSBC World Rugby Sevens Series event in Dubai. Canada’s men’s team came up short against the U.S. later on Friday, suffering a 19-14 loss to kick off their tournament. The Canadians then suffered a 33-5 defeat to Samoa.

The Canadian women’s team fell 12-7 to the United States in their opening match of the tournament on Friday before being blanked by Australia, 33-0. 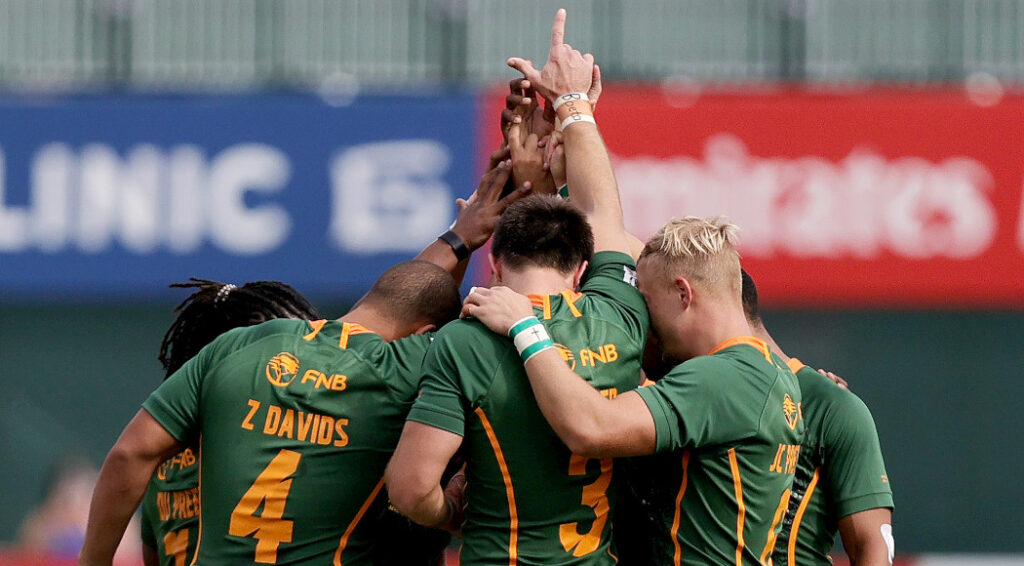 Canada will close out pool play against China at 9:06 a.m. ET.

The women’s World Rugby Sevens Series will begin with a bang in Dubai, on 2-3 December.

With sunshine and a party atmosphere guaranteed, the Emirate hosts one of the most popular stops on the circuit.

For the men, it’ll be the second event of the season after Australia’s victory in Hong Kong, China.

Every stop on this year’s circuit is vital, with Paris 2024 Olympics qualification berths up for grabs.

So, without further ado, let’s take a look at the schedule and how to watch the top rugby seven players in action in the UAE.

How to watch World Rugby Seven Series in Dubai

Details on how to watch the action in your territory on TV can be found here.

Australia are the team to watch on the women’s side of the draw, having won the 2022 World Cup Commonwealth Games gold over the summer.

Their talisman Charlotte Caslick will once again be tireless on attack and defence, while teammate Maddison Levi, who won Rookie of the Year last season, is a try-scoring machine.

Speaking of which, keep an eye on last year’s top try scorer Amee-Leigh Murphy Crowe, who notched 36 tries in the green of Ireland.

Following on from their first leg win in Hong Kong, China, Australia will also be pre-event favourites in the men’s competition.

Captain Fantastic Nick Malouf will have to be at his best if the Aussies are to make it two-from-two.

Keen to knock the log leaders off their perch will be two-time Olympic champions Fiji, who boast the magic feet of Waisea Nacuqu, while 2022 Commonwealth Games champions South Africa will be buoyed by their summer form.

All teams will have to be wary of Ireland too, with last year’s 50-try man Terry Kennedy looking like scoring with every single touch.