This year’s tournament has been shown exclusively 2022 RLWC Final Jillaroos vs Kiwi Ferns Live on Fox Sports, with all the action also available through Fox’s Kayo streaming service.

The result may have been heartbreakingly familiar but the shoreline and the 7,000-plus crowd that came to watch suggests there is a platform for women’s rugby league to build on. It won’t be England’s year this time, but maybe it could be in the near future. The onus is now on the powers that be to push towards the dream of making England’s women professional. They deserve it.

The Kiwi Ferns have marched into their sixth-consecutive World Cup Final with a 20-6 win over tournament hosts England in York on Tuesday (AEDT).

After leading by just two points at half-time, Apii Nicholls and Mele Hufanga led a second-half charge to ensure the Kiwi Ferns continued their remarkable run of playing in every World Cup final since the tournament’s inception in 2000.

After a Nicholls knock-on handed the hosts early field position, the Lionesses opened their account in the fourth minute when fullback Francesca Goldthorp crossed out wide and Tara-Jane Stanley converted for a 6-0 lead.

New Zealand hit back through centre Hufanga in the 15th minute after a strong run by Bronco’s prop Amber Hall who evaded several defenders and sent a well-timed pass back inside to Hufanga. 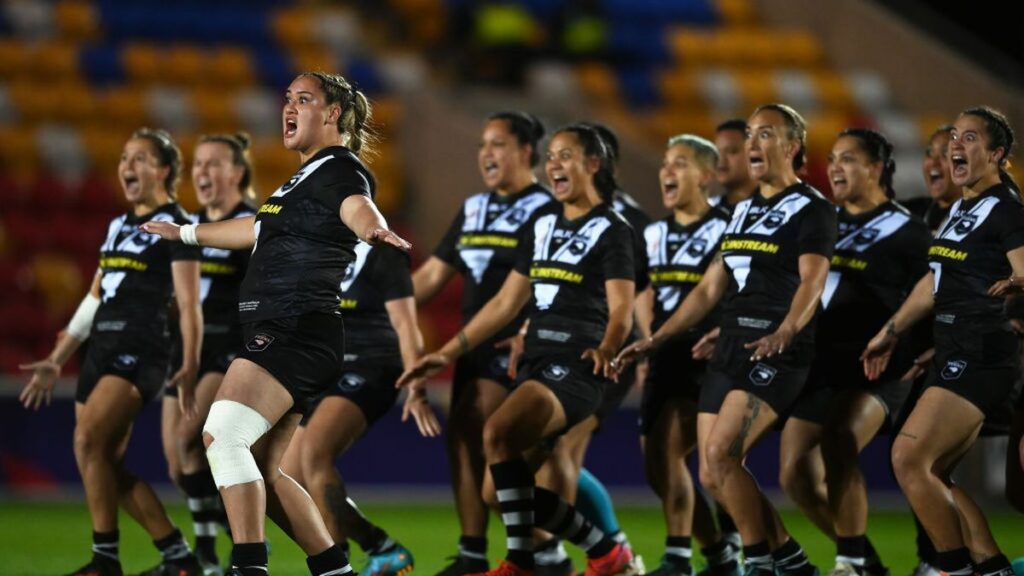 Come the 28th minute and New Zealand had their second when NRLW Dally M Medal winner Raecene McGregor exploded out from dummy half five metres out, stepped off her left foot and crashed over the goal line.

After another unsuccessful conversion, Ricky Henry’s side headed to the break with just a two-point lead.

Six minutes into the second half saw a great moment for New Zealand when Hufanga and Nicholls charged downfield to find Otesa Pule on the left who crossed the stripe for her first World Cup try.

Come the 51st minute and courtesy of another barnstorming break from Hufanga down the right edge, the Ferns swung the ball back infield to find Brianna Clark who found the gap to score untouched next to the uprights. Nicholls converted to make it 20-6.