The tournament arrived 12 months later than initially planned due to the effects of the Coronavirus, but fear not, as the 16 nations who have qualified for the event are ready to give it their all-in pursuit of glory.

The England vs Toa Samoa RLWC 2022 tournament begins on Saturday, October 15th, as host nation England takes on Samoa. Here is where you can watch and stream all of the action live as it happens. 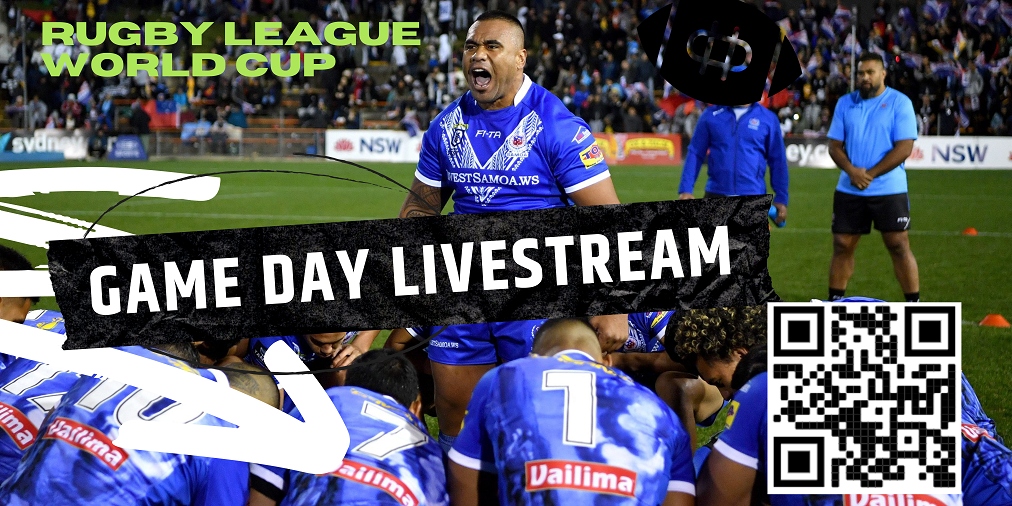 Will England vs Samoa Rugby League World Cup be broadcast in the United Kingdom?

Yes! England’s 2022 Rugby League World Cup opener will be shown live on the BBC, meaning that it is free to watch for anyone with an active TV license.

The game will be broadcast live on BBC One, whilst streaming options will also be available through the BBC iPlayer service.

Will England vs Samoa Rugby League be broadcast in Australia?

Yes! If you’re based Down Under and you’re looking to catch a glimpse of two of the competition’s dark horses, then you will be able to do so via Fox Sports.

Fox Sports will be offering live coverage of all 61 matches in this year’s World Cup, which includes every minute of the men’s, women’s and wheelchair competitions.

Where can I stream England vs Samoa Rugby?

Coverage of England versus Samoa is set to be available to stream live on the Our League App.

Rugby league is played across England but is most popular in Northern England, especially Yorkshire and Lancashire where the game originated. These areas are the heartland of rugby league. The sport is also popular in Cumbria where the amateur game is particularly powerful.

Head coach Shaun Wane has gone on record to state his belief that the Pacific Islanders’ ability to recruit a host of top-quality NRL players makes them the clear favorites for the match at Newcastle’s St James’ Park on Saturday week.

Samoa’s preparations have been hampered by the involvement of eight players in Sunday’s NRL grand final while Wane already has his full England squad in training and will have the benefit of a warm-up game against Fiji at Salford on Friday night.

Tomkins, refreshed by a month off following Catalans’ early exit from the Super League play-offs, admits his side ought to be better prepared than their rivals.

“We’ve been training for weeks now and we’re going to be fit and healthy,” he said. “And we’re in a system that we already know a bit.