Under the Pump: Burning questions for Foley and Kellaway, plus the six others facing intense pressure in TRC 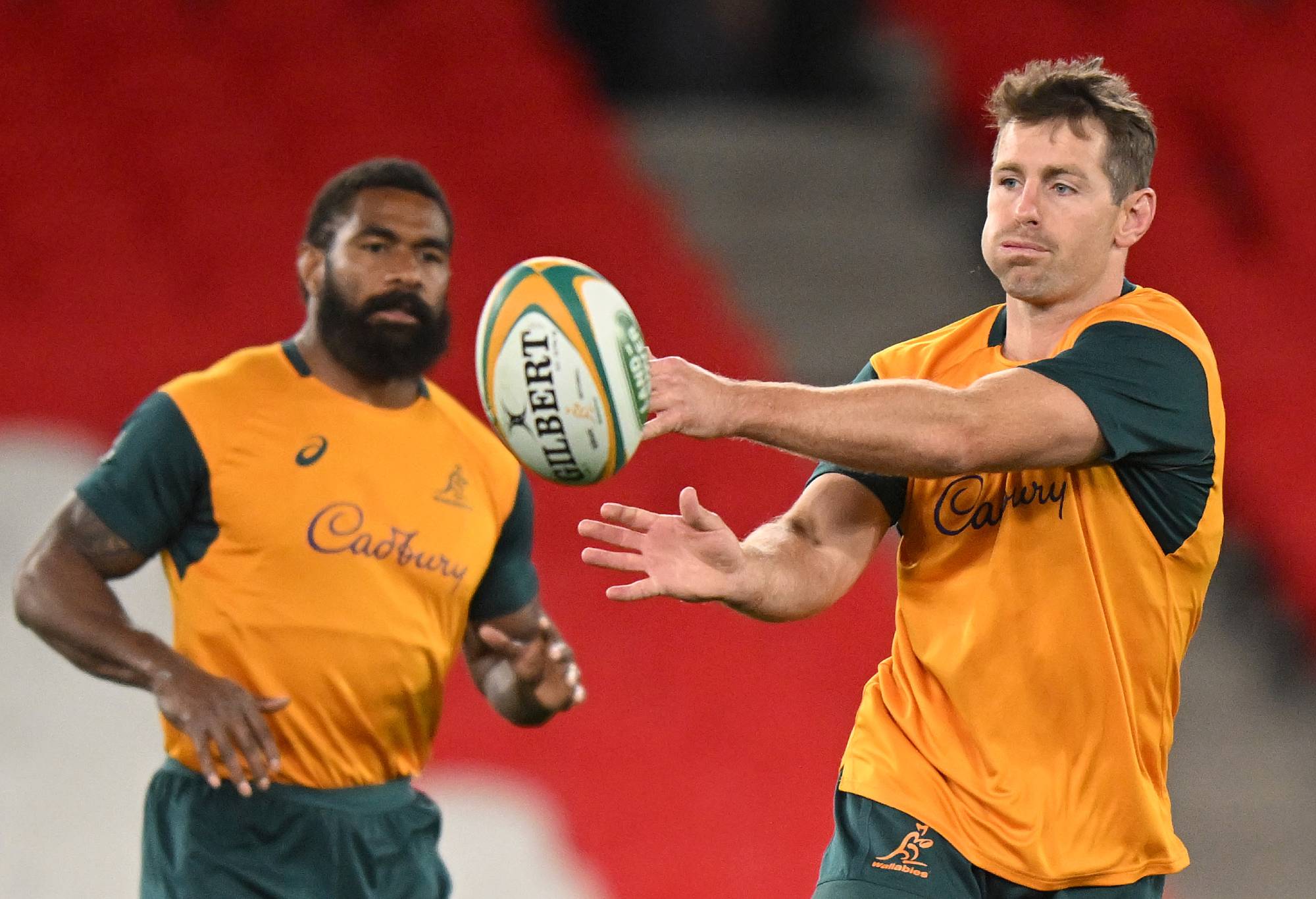 Well, as superbly illustrated by Nick Bishop, Willemse held up and was named Man of the Match in the Sydney wind and rain. The weather would have reminded the Stormers phenom of the Western Cape. In one play, he beat seven Wallaby defenders, who were waving at him as if futilely swatting flies.

However, his old Western Province mentor Vermeulen was a pale imitation of the Nordic demi-god he is nicknamed for. The Bok coaches are clearly giving Thor every sacrifice and tricking the odds, because if he and Pieter-Steph du Toit make it back for the French finals next year, the continuity in the Bok pack from 2015 to 2019 to 2023 would be unprecedented.

But Jasper Wiese and his young understudies Elrigh Louw and Evan Roos (as well as English-based Dan du Preez and Juarno Augustus) have far more leg drive in contact. So, we can say the Bok pressure boys went 1-1.

Arnold performed adequately for the world class lineout and maul operator he is, but did not seem to have that extra gear (and spice) he can bring to a street fight, which is what the Boks brought to Allianz. He also looks as if he needs to add a bit of bulk to his upper body.

Either for the stated reason – that he is required in Japan – or because Dave Rennie was similarly underwhelmed, Arnold’s place is taken by Jed Holloway for Bledisloe One in Melbourne on Thursday night.

Meanwhile, Tupou continued his 2022 fizzle by not even being fit to play. Nobody is to blame for injuries, but there is a sense Tupou never actually got Test-ready this year.

Sam Cane did stand up. He may not be a Richie McCaw, but he may end up his career seen as a bit better than his gardener tormentor Peter O’Mahony.

Dane Coles was so effective at his windup merchandising, the excellent but possibly hungover Pablo Matera could not even shake his hand. The All Blacks thus went 2-0 on pressure cooking.

Speaking of Argentina, who shipped 53 points and looked nowhere near their Christchurch levels, we have to say Michael Cheika’s masterclass over Ian Foster was not repeated. Perhaps that is just the 2022 yo-yo. But it did seem the All Blacks’ coaches had a few tricks up their sleeves. As for Carreras, he was substituted after only 40 minutes. Experiment shelved.

All in all, of the eight under the gun, two are dropped, one is crocked, one starred, one was redeemed, one outdone, one benched, and Colesy is back.

So who feels the heat this week?

Bernard Foley has returned with much fanfare, angst, and chatter. Accordingly, when he takes the first pass from Jake Gordon to exit and Brodie Retallick is bearing down, or sets up to take a kick from the right tram, or launches a red zone attack right before the half, he will feel all the eyes of Australia’s finicky rugby world on him.

Miss that first kick at goal and the poles will start to squeeze in; a popgun exit will force him to try too hard and maybe a charge down will result. 2022 has seen very few loopy cutout passes from Wallaby tens, but we all know the Kiwis love that treasure. The Iceman cannot start cold. He needs to heat up the pitch.

The other player who will face his judgement day is the ginger Bachelor, Andrew Kellaway. As the All Blacks have returned to their kicking roots with excellent targeting by Richie Mo’unga and big Jordie Barrett, complemented by David Havili and the wings, they have looked much more dangerous. Forcing the opponent to kick out gives New Zealand the lineout launch they like; give it back meekly and welcome to Rieko Ioane and Caleb Clarke’s vaudeville routine.

If the Wallaby pack can stay in the fight, this is a Test the home team can win, but only if 9 (Gordon), 10 (Foley), and 15 (Kellaway) connive to stymie the visitors. All are short on Test minutes in their slots.

The strangest season continues. The best team of this rugby century simply has not backed up a good performance with another. When a team is up and down, senior leaders have to help their coaches to stabilise.

It is strange to think of the Hallway Pounder, 1950s prefect-looking Scott Barrett, as ‘senior’ but he has captained the Crusaders and amassed a considerable number of caps.

Add these two facts: he is up against Wallabies Rob Leota and Pete Samu who are not as established as he is. Second, the All Blacks actually really need to win this. The third Test against Ireland (lost) and the cliffhanger in Ellis Park (won) were massive in Ian Foster’s story, but what if he is the coach who loses hold of the Bledisloe? And thus, the Rugby Championship? Suddenly, all the heat returns, with blowtorch intensity.

The biggest Barrett needs to play big, but smart. Get sent off for one of his clumsy hits and it will put maul defence, lineout, scrum, and clean out into crisis.

He is the lock cover. He needs to stay on the pitch.


‘Not on our watch’: All Blacks motivated by fear of 20-year first as backrow battle ground brews

The Sams (Whitelock and Cane and that wonderful new hooker) are on song. It’s Scooter who needs to bring his best against a very chatty Wallaby side capable of pushing buttons.

Hoskins Sotutu is the other All Black who will draw plenty of scrutiny. Ardie Savea has had one of the best individual seasons in memory, so filling his spot is no picnic.

Add to that: Valetini has been one of the Wallabies’ most consistent stars. And the Wallabies’ breakdown woes were their primary undoing in Sydney against the street-smart Boks. You would expect a Dave Rennie team with Laurie Fisher on board to be ramping up the ferocity of collisions and stopping those tip passes (Eben Etzebeth’s seven passes and the rambles of Siya Kolisi and Steven Kitshoff no doubt being a source of frustration) with the prospect of a Bledisloe win.

Sotutu has oodles of talent but does he have the grit and graft in this type of grudge match. Akira Ioane will be stretching in the goal area, ready to rumble.

Every Wallaby knows they can save their season with a win.

Home Tests have been few and far between for the Pumas lately. The Springboks have always posed a different problem for the physically imposing home side: they are one of only a couple of teams who can overpower Argentina at home and even bully them.

The trips from Sydney and Auckland, respectively, to Buenos Aires are fairly similar, and both have had a long rest, so one would think neither team is disadvantaged.

My pressurized Pumas this week are their locks: whichever two are on the pitch.

An examination by Eben Etzebeth and Lood de Jager is one all Test locks cherish and dread at the same time. They are quite distinct. Lood jackals; he pilfered one in Sydney. He is one of the most effective gain line winners in rugby, even if it all looks ungainly. His lineout work is superb; often winning a ball he shouldn’t. At maul and restart, he is smart.

Etzebeth was the closest chaser to Canan Moodie last week; he is part of three-man box chasers and can play whole games. His fitness is legendary in Bok camp. But it is his hands (in the pass or offload) that are often overlooked, as the focus is on his scrum and tackle power. He can go out the back, get hands free, and pass either direction.

Thus, the Pumas have been using Tomas Lavanini, Guido Petti, and Matias Alemanno in a platoon. All of them dynamic in their own way, but Petti being one of the best lineout thieves in the world, Lavanini a physical pest, and Alemanno an engine.

The pressure sits squarely on them this week: lose their matchup and the Pumas likely lose. Win, and they’ll probably win. Stalemate and it’ll come down to a kicking contest (Frans Steyn versus Emiliano Boffelli anyone?).

Lavanini’s quest is to stay on the field. Petti’s is height: he jumps better than the rest, but he still looks up at both Bok locks. Alemanno is to bring enough speed to keep up with the fast South African duo.

Handre Pollard is in Leicester nursing a knee. Elton Jantjies is in the dog house, nursing his ego. So, it is once again Damian Willemse under presssure.

Test one: great! Now, Test two (as a starting flyhalf). Back it up. On the road. Far from home.

Willemse has the supreme athletic confidence of an athlete who knows he’s a better athlete than just about anyone on the pitch. He’s fast, big, explosive, agile, hard, and has huge hands. Sort of a Quade or Sonny Bill prototype. But he is young and has not seen all the pictures at ten, yet.

Cheika will likely use his scary loose forwards to crowd Willemse and try to corral him.

The other Bok under pressure is Andre Esterhuizen. We don’t know how long he will get to impress, but his cameos for the Boks thus far have been loose in contact (D.C., Wales, England) and typified by trying to replicate Harlequins magic on a bigger stage. In truth, he is a whole player with many skills Damian de Allende lacks (kicking, game-reading, big hits) but he simply cannot lose the ball in contact again this time.