Tonga vs Samoa have recorded huge wins in their last group games to set up a blockbuster quarter-final in the Rugby League World Cup. Toa Samoa are through to face Tonga in the quarterfinals after beating France 62-4 on Monday morning, with Panthers wing Taylan May scoring four tries in the win.

May scored a hat-trick in the first half and added another in the second, equaling David Nofoaluma’s record for most tries in a match for Samoa, before being rested for the final half hour of the match in Warrington. 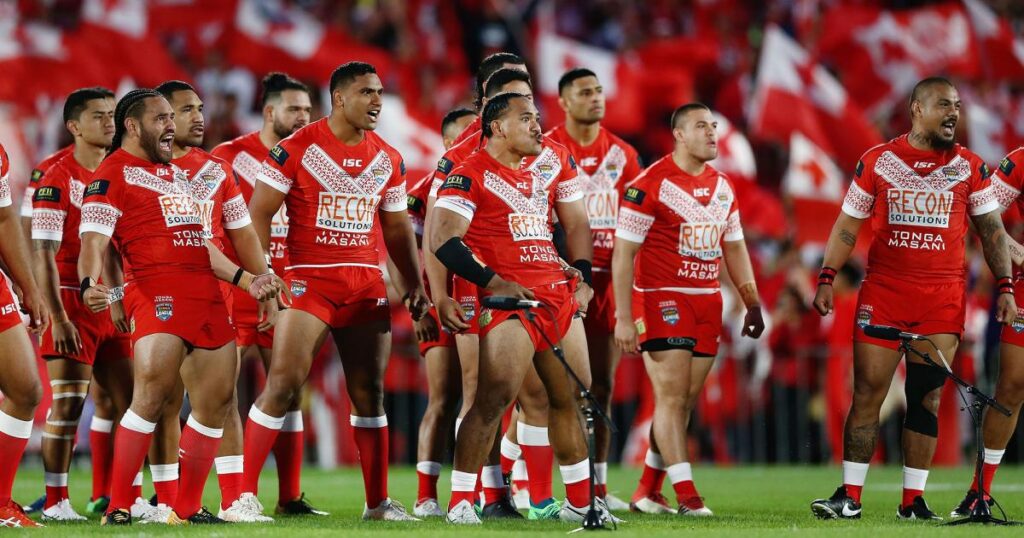 When is Tonga vs Samoa Rugby League on and what time does it start?

Where is Tonga vs Samoa RLWC 2022 taking place?

What channel is Tonga vs Samoa Rugby Game?

Where can I stream Tonga vs Samoa in the UK?

This could well turn out to be the game of the Rugby League World Cup as Tonga take on Samoa in a mouth-watering battle of the Pacific Island outfits. Both teams started the tournament with hopes of lifting the RLWC crown, but one side will not even make it to the final four as they take on one another in this quarter-final matchup at the Halliwell Jones Stadium.

The Tongans finally hit their straps in a demolition job against Cook Islands while Samoa have also done well since their opening day hammering against England.

This contest could genuinely go either way but with the teams so well-matched, a close affair is expected with the winning side expected to prevail by a margin of 1-12 points.