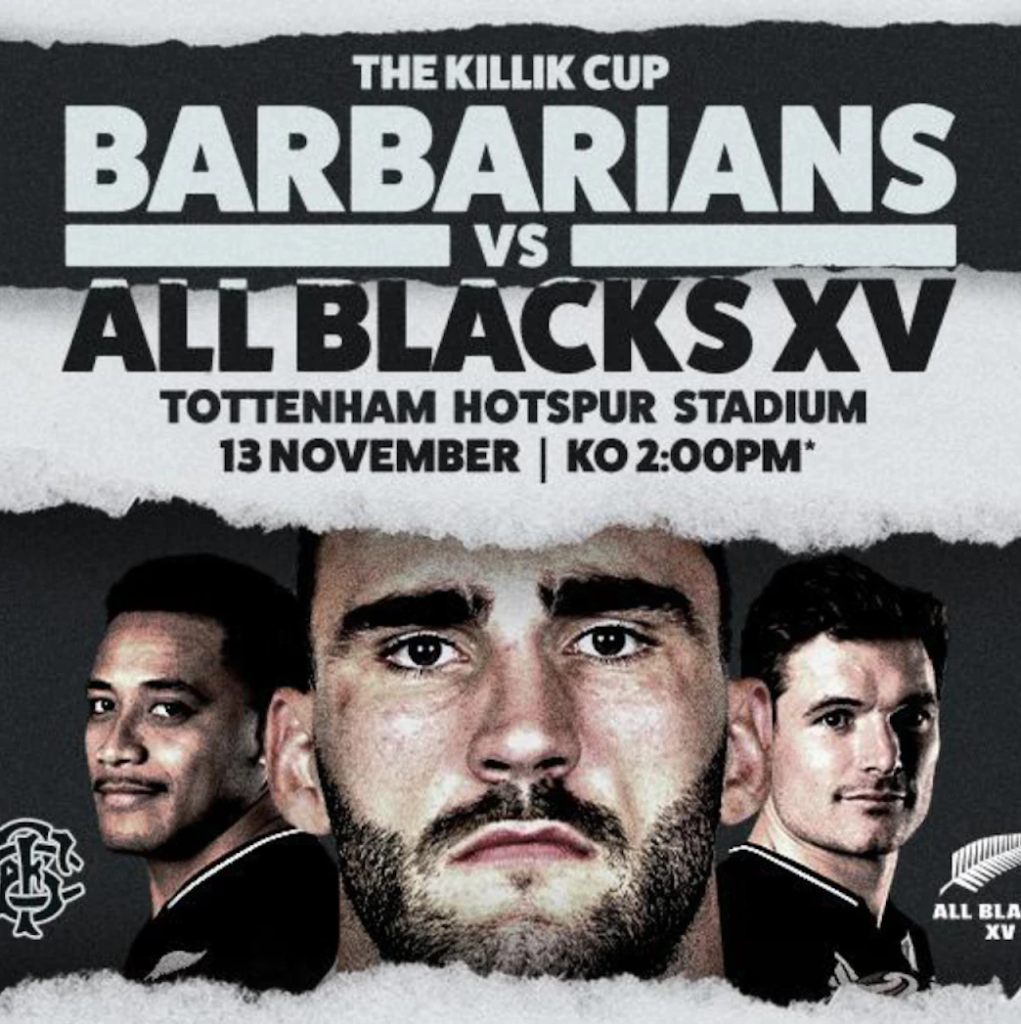 Leon MacDonald is Head Coach of the All Blacks XV, alongside Assistant Coaches Clayton McMillan and Scott Hansen. The squad will boost the depth in New Zealand’s talent pool as Rugby World Cup 2023 approaches.

The All Blacks XV assemble on 28 October, travelling to Dublin where they will play Ireland A at RDS Arena on 4 November followed up with the Barbarians at Tottenham Stadium in London on 13 November.

To purchase tickets to the All Blacks XV 2022 Northern Tour, head to All Blacks XV » allblacks.com. Both matches will be available live and exclusive on Sky.

The All Blacks XV follows in the footsteps of similar teams which have assembled throughout New Zealand rugby’s history, including the Junior All Blacks, New Zealand A and Emerging Players.

NZR has formed an exclusive partnership with sports promotion company Rugby Live (RL) to arrange the All Blacks XV matches. NZR has worked with RL on previous occasions including two All Blacks Tests in Chicago, one All Blacks Test in Washington DC and the UK Barbarians match in 2017.

Rugby fans will have the rare opportunity to watch the most famous invitational club in the world face an All Blacks XV on Sunday 13 November 2022 in the world-class setting of Tottenham Hotspur Stadium – the first-ever international rugby union match to be played there.

The two famous sides will compete for The Killik Cup, with tickets going on sale to the public on Tuesday 5 July at 10:00AM via Ticketmaster. It is the next opportunity to see the Barbarians in action following a successful summer with emphatic back-to-back wins over England and Spain.

Players from across the world will come together in the week leading up to the fixture to unite international playing styles into one formidable Barbarians squad.

The Barbarians and New Zealand have quite a history, with this match coming within months of the 50th anniversary of arguably the most famous match in the life of the Club – that of January 1973, which saw the late Phil Bennett pull off an incredible run to set up Gareth Edwards’ famous try during a 23-11 win over the All Blacks.

In the Barbarians’ recent match against England at Twickenham – which the visitors won 21-52 – the squad formed a 10 on the pitch during a moment’s applause in recognition of “Benny”, often considered the ultimate Barbarian.

All Blacks superstars such as Zinzan Brooke, Christian Cullen, Jonah Lomu, Justin Marshall, Carlos Spencer, Joe Rokocoko, Richie McCaw, Ma’a Nonu, Jerome Kaino, Sonny Bill Williams, Charles Piutau, Steven Luatua, Richie Mo’unga, TJ Perenara, to name but a few, have pulled on the famous Black and White to play for the invitational side. The Barbarians have played the All Blacks 12 times, with eight wins to New Zealand, two famous wins for the Barbarians and one match resulting in a draw. The latest chapter in the storied rivalry will mark an historic first match between the Barbarians and the All Blacks XV.

Stand by for free-flowing attacking rugby at its best as Barbarians take on an All Blacks XV in the Killik Cup at Tottenham Hotspur Stadium.  Tickets are on sale here.