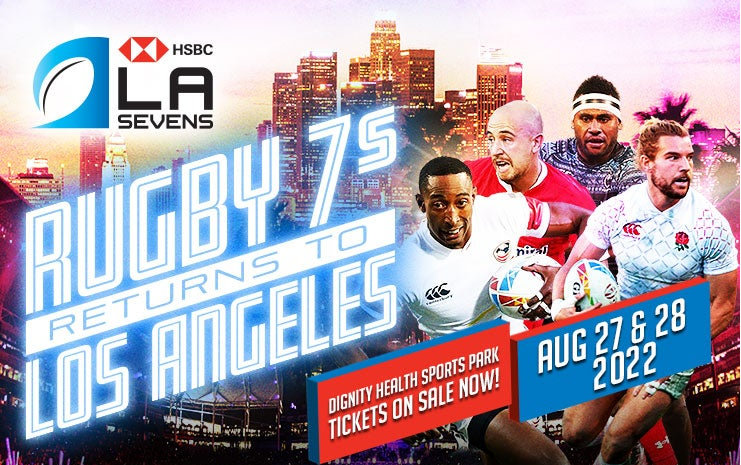 the HSBC LA Sevens Los Angeles returns August 27th and 28th. In the US, the World Rugby 7s Los Angeles 2022 live on NBC Sports. No cable? Cordcutters can stream the action live on Peacock TV – and new users get a 7-day free trial.

The end of the Summer 7’s bash will crown two champions with the winner of the LA Sevens as well as for the first time the HSBC World Rugby Sevens Series will culminate in Los Angeles. Several teams including South Africa, Australia, Fiji and Argentina are in with a shout of the Series title while Team USA currently sits in 6th place and will be looking to put on a big performance on home soil.

Here are some of the best streaming World Rugby 7s TV devices to use when streaming sport on Stan.

The ticket of all rugby tickets for a men’s and women’s team at the @WorldRugby7s Challenger event – starting today.

Win it and you fill a passport on one of the great global sporting tours.

Who are you thinking will take the spoils? pic.twitter.com/THNexTbOKD

The event will include an International Food, Music & Drink Festival that will showcase authentic cultural acts from each country featured on two main stages. The Festival will also feature music, food, and drink from around the world all taking place among an incredible festive atmosphere with fans dressing up in colorful and creative Fancy Dress. The Festival will take place in and around Dignity Health Sports Park during the event weekend.

Another unique component of the two-day event will be the grassroots community tournament, The Los Angeles Invitational, which will take place on the outer fields around the stadium, with 300 community teams playing in co-ed divisions of youth, high-school, college and adult clubs. The HSBC LA SEVENS is expected to draw a weekend attendance of over 45,000 international rugby fans.