The best Biggest rugby moments in year of 2022

It was a hell of a rugby year, with loads going on (good, bad, and ugly as hell some of it). We’ve even forgotten a few moments, we bet! So here is a wee refresher of some of the biggest stories of the rugby year. If we’ve missed any, hit us up with your favourites as well.

The Rugby World Cup final in Auckland ended as New Zealand 34-31 England but there was so much more to it than just this.There was the clash of narratives – England were overwhelming favourites, a team unbeaten in 30 matches headed into the final.

The Black Ferns had overhauled their system, bringing in legendary coach Wayne Smith (and pals) to turn things around. Then there was the supposed clash of styles, with the hosts’ free-wheeling play up against England’s unstoppable maul. 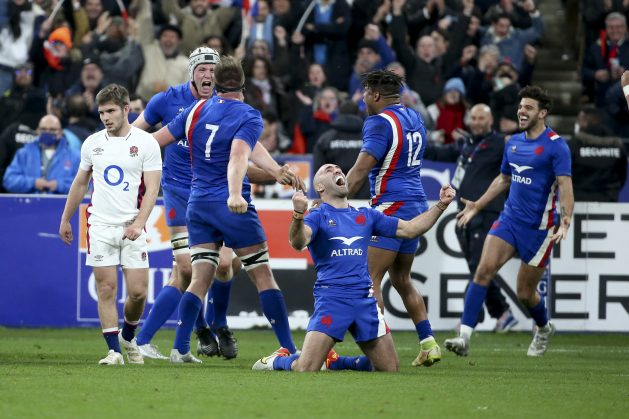 And while Lydia Thompson was sent off early in the match, there was a sense England’s weaponry might still help them over the line. Until, that is, New Zealand stole lineout ball when it mattered most.

A crowning match in what had been an exceptional tournament – there was plenty of Women’s Rugby World Cup Final Reaction to pore over.

In the space of two weeks, Andy Farrell’s side went from winning a first Test ever on Kiwi soil to sealing an epic Ireland series win in New Zealand. Their 32-22 victory in the final Tests was a real sit-up-and-take-notice moment for the rest of the sport and marked the first time the All Blacks had lost back-to-back home Tests since 1998.

Heroes were made on that tour, with Peter O’Mahony and Tadhg Beirne at their combative best, while Josh van der Flier surely cemented his place in the running for World Rugby men’s player of the year on that tour.

France won a Grand Slam in the Six Nations for the first time in 12 years. And they were exceptional all year, winning ten matches on the bounce.

Off the pitch things might not be all rosy in the French garden – recently, union boss Bernard Laporte got a two-year suspended prison sentence, for example – but on it, it’s been a very good year. And while les Blues were dominating the Six Nations, who can forget La Rochelle winning the Champions Cup or the La Rochelle fans out in force at the harbour, when their heroes returned?!

End of an era

England sacking Eddie Jones was massive news. The end of an era. He had become an ever-present voice in the British sporting sphere. But things had soured.

Then the RFU named Steve Borthwick England head coach. In short order we have a Six Nations and then it’s all eyes on the Rugby World Cup in France. What can the new regime, which includes Kevin Sinfield, bring?

With Wales, we already know a fair bit about their boss. Warren Gatland returned for Wales when Wayne Pivac was sacked. A coach who needs no introduction. A huge presence. An equally large task turning round the national fortunes.

Over two qualifying legs, they defeated the USA… You might remember this wonder-try above, from fly-half Rodrigo Fernández, in Atlantis-like conditions in the first leg.

Forget biggest rugby moments of 2022 – this was the biggest moment in Chilean rugby history. They made it by just one point, and go into Rugby World Cup Pool D with Argentina, England, Japan and Samoa.

Worcester Warriors relegated from Premiership one day, as it all fell apart. Wasps going into administration soon after. The horrid reality of just how bad things could get in the elite club game rose to the surface as two famous clubs went to the wall.

We’ve since been told Wasps have been rescued and will play in the Championship next season, while Worcester’s short-term future is yet to be settled. But the whole thing will have scared the hell out of anyone involved in the professional club game.

What will transpire next year and where might the Welsh regions fit into this narrative?