Brumbies Up For Blues Semi-Final Test .The Brumbies will be underdogs when they face the Blues in a Super Rugby Pacific semi-final at Eden Park, but their captain and coach say they’re up for it.

The Brumbies are set for a huge boost ahead of their Super Rugby Pacific semi-final against the ladder-topping Blues on Saturday with powerhouse flanker Rob Valetini almost certain to return.

Still winless as Super Rugby hits Semi Finals , the Blues play host to one of this year’s form teams, the Brumbies, in Auckland on Friday.

Blues boss Sir John Kirwan will hope a return to Eden Park will help revive his team’s fortunes as they try to break out of their worst-ever losing streak. 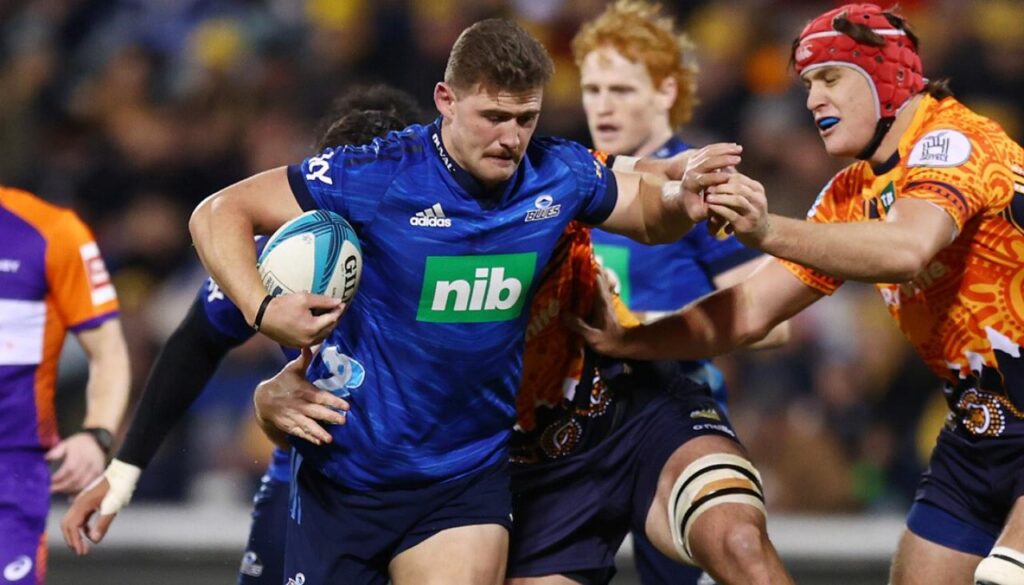 The Blues have played both their home fixtures at North Harbour this season but with the Cricket World Cup now finished, they can return to their fortress in Auckland, where they won six out of seven games last year.

With six of their remaining nine matches at Eden Park, Kirwan is optimistic that his team can still finish midtable, but if their losing run continues, he will surely face the axe.

A win on Friday is vital as another defeat will see the lack of confidence which is hampering their efforts really take root.

“It is frustrating and what you’ve got to do is turn that frustration into hard work,” said Kirwan midweek.

“I’m frustrated for the fans and supporters because we’re actually playing with courage and commitment which is incredible under the circumstances.”

Despite their lowly position in the standings, Blues are certainly on an upward curve and have collected five bonus points this term – more than any other team – with last week’s narrow loss to the high-flying Chiefs illustrative of their ability to play decent rugby.

The Brumbies are set for a huge boost ahead of their Super Rugby Pacific semi-final against the ladder-topping Blues on Saturday with powerhouse flanker Rob Valetini almost certain to return.

However they’ll likely have to seek victory at the most daunting of venues, Auckland’s Eden Park, without gun centre Len Ikitau as he faces suspension after a red card for a high shot in Saturday night’s 35-25 home quarter-final win over the Hurricanes.

Coach Dan McKellar revealed Valetini shone in training after being ruled out of that match, clearing the path for his return to the side for this week’s must-win clash.

“He was probably one of our best trainers on Thursday, which disappointed me but excited me at the same point in time,” McKellar said.

“Honestly, with a hamstring, (you wonder) does he hold himself back … but he was good.”

McKellar said the Brumbies would consider challenging any ban for Ikitau.

“We’ll have a good look at the incident … you’re shattered for him, like most blokes that get red cards,” he said. “It’s disappointing, but we’ll see what strategy we take.”

Seeking their first Super Rugby title since 2004 and the first by an Australian team since the Queensland Reds in 2011, the Brumbies will head to Eden Park to take on a star-studded Blues team on a 13-match winning streak.

The two sides met in the final round of the regular season when a largely second-string Blues outfit snatched a 21-19 win in Canberra with a last-gasp drop goal by Beauden Barrett.