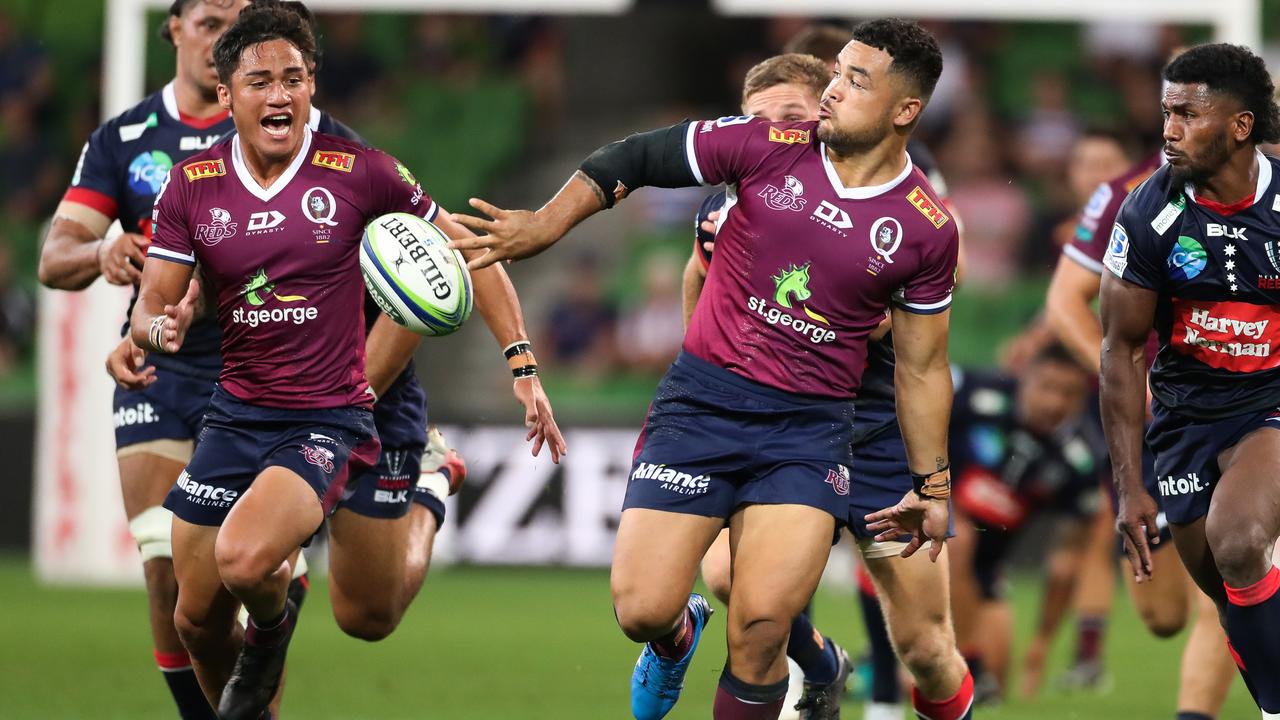 Reds ready for battle with Super Brumbies . Young winger Josh Flook says Queensland are relishing the chance of testing themselves against the Super Rugby Pacific pace-setting Brumbies when they clash on Friday night in Canberra.

Both Australian sides are unbeaten after four rounds with the Brumbies leading the charge from the Reds courtesy of a bonus point.

But the Reds have bragging rights after toppling the Brumbies to win Super Rugby AU last season with Canberra lock Darcy Swain igniting the fuse early by saying he wants to “go out there and shut them up this weekend”.

Last year the biggest margin in three games was three points, which came in the final when the Reds got up 19-16.

Another Reds-Brumbies classic: strap yourself in

That skill will be tested like never before in Canberra on Friday night in a riveting clash against the in-form ACT Brumbies. It is the must-watch match of the season in Super Rugby Pacific, at least on Australian soil.

There’s sting too. The Brumbies felt aggrieved when losing last year’s Super Rugby AU final on the bell after a rash of yellow cards. They still do.

“I just want to go out there and shut them up this weekend,” Brumbies lock Darcy Swain has said already this week about the Reds going overboard with celebrations.

Young Reds halfback Kalani Thomas shrugged off the verbal treatment he can expect from Wallaby Nic White under the luxuriant mo.

“I’ve heard lots of stories about him and the chat he throws on the field. If someone wants to talk, let them. I don’t even take it in,” the 19-year-old Thomas said.

Good stuff. Both chirps are straight from an old Queensland-NSW handbook.

It’s rare to have two 4-0 teams pitted against each other and with such a recent and pulsating history.