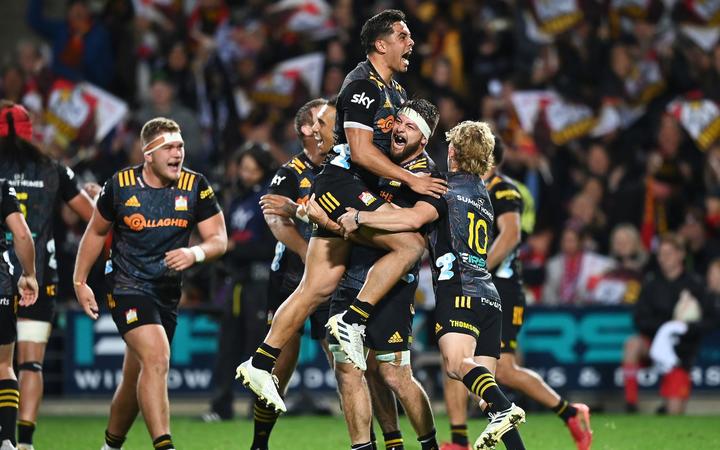 The Highlanders and Chiefs, who had six front-line players not considered for selection against the Crusaders in Christchurch on Saturday, have also been affected this week.  The Hurricanes match against Moana Pasifika on Saturday night was postponed after the Wellington-based franchise had up to 20 positive cases.

In a taxing schedule that will seriously test the depth of their squad, Moana Pasifika will now meet the Blues at Mt Smart Stadium on Tuesday, March 29, and the Chiefs in Hamilton Waikato on Tuesday, April 12.

One for the history books 🏔
Team’s are in for Round Four and One 🤝 Matatū pic.twitter.com/SsvhdWZnYF

All Blacks lock Sam Whitelock is aware of the Chiefs’ threat in Saturday’s DHL Super Rugby Pacific game against the Crusaders in Christchurch – the first home game for the defending champions in 2022.

Whitelock said throughout 26 years of Super Rugby, the Crusaders had an unresolved rivalry with the Chiefs because neither team had achieved dominance.

“It just shows that you can’t take anything for granted and this week is exactly that,” he said.

“Every time I’ve played the Chiefs whether it was in 2010 or last year, it’s always competitive, it’s always hard, it’s always physical. That’s not a Chiefs thing it’s a New Zealand thing. We love to play against our neighbours, or people we know well in our country.”

The Chiefs always had a competitive pack, and there was extra flavour because his long-time locking partner Brodie Retallick was involved.

But Whitelock said because of the nature of modern rugby, they were not always paired off against each other, especially as players moved around lineouts a lot. However, he was a tough competitor.

Saturday to Sunday lineup of:

Covid-19 may have wormed its way among the Chiefs’ DHL Super Rugby Pacific squad, but coach Clayton McMillan believes he can field a competitive side against the Crusaders in Christchurch on Saturday.

As a result, some of the less experienced squad members will get a chance, and he was happy with that. Prop George Dyer and halfback Cortez Ratima could make their Super Rugby Pacific debuts from the bench.

“I think it’s hugely competitive, and it’s not too dissimilar to the one we played a final against the Crusaders with last year, and nearly pulled off a miracle,” he said.

“The Crusaders are a good team to play against. They set the benchmark. You can’t produce anything less than a flawless performance to get up against them, particularly at home. That brings an edge to your environment every time you play them, and a lot of our guys enjoy the individual match-ups,” he said.