The Blues’ home final against the Crusaders on Saturday night is the first fixture to fill every seat at the famous ground since the opening Bledisloe Cup test last August. 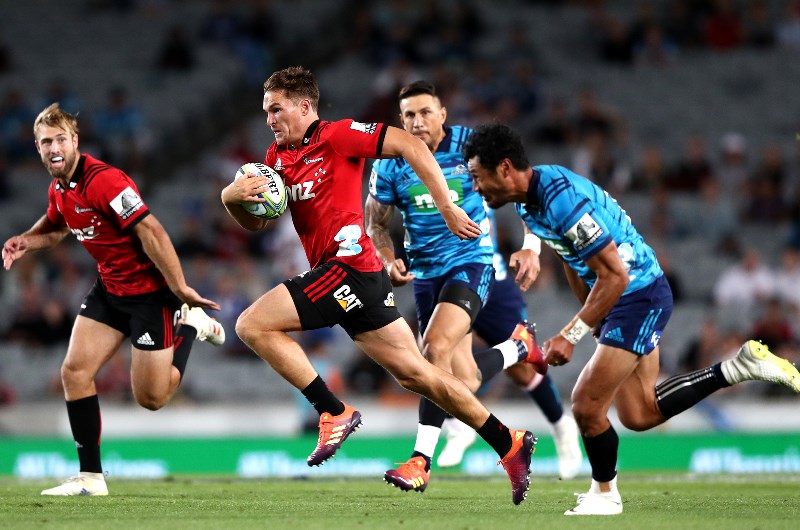 Since then, after months of navigating Covid-19 restrictions, Eden Park Trust chief executive Nick Sautner is excited to again put up the sold-out sign.

“We could only dream of a time when we would once again welcome back the crowds.” It has been five long years since a Super Rugby final was played in a stadium worthy of what should be the competition’s marquee event.

The all-Kiwi showdown between the Blues and Crusaders will be played in front of a sell-out crowd at Eden Park, which will bring some much needed glory, buzz and attention to Super Rugby Pacific.

The Crusaders’ latest dynasty began in 2017 when they travelled to Johannesburg to play the Lions at Ellis Park in front of more than 61,000 fans, a record attendance for a Super Rugby fixture.    How to watch Blues vs Crusaders Super Rugby 2022 Final

the Blues-Crusaders final at Eden Park this Saturday will give Super Rugby a historic showdown in the competition’s history, pitting two generational 10s against each other.

Richie Mo’unga is an all-time great Super Rugby player. That much is already guaranteed. He is in the conversation as the competition’s best player of all-time.

The fleet-footed first-five helped secure three titles in a row behind what was essentially the All Blacks forward pack with dynamic playmaking.

Despite having the riches up front that laid the platform for success, the Crusaders could always count on Mo’unga to create something, slip through the line and conjure up points with magical plays.

On the way to those second and third Super Rugby titles in 2018 and 2019, Mo’unga helped eliminate Beauden Barrett’s Hurricanes in consecutive semi-finals.

In the 2018 final, Mo’unga’s fingerprints were all over the key moments. He set up the first try with a long ball to Seta Tamanivalu, while his line break from a kick return set-up the second to propel the Crusaders to a 20-6 half-time lead over the Lions en route to a 37-18 victory.

When the competition went internal in 2020, Mo’unga had no rivals. The 28-year-old was the competition’s runaway MVP, leading in just about every attacking stat you could dream of.

His five-year run as part of a dominant Crusaders outfit with three Super Rugby titles and two Super Rugby Aotearoa trophies is unprecedented.

It’s the fairytale team against the competition’s old guard. Auckland against Christchurch. Blues against Crusaders.

The anxieties are different for each team heading into this week’s Super Rugby Pacific final, but neither fanbase can feel particularly at ease.

For Blues supporters, some adults weren’t even alive the last time their team won the competition. For Crusaders supporters, success in Super Rugby is just part of the standard.