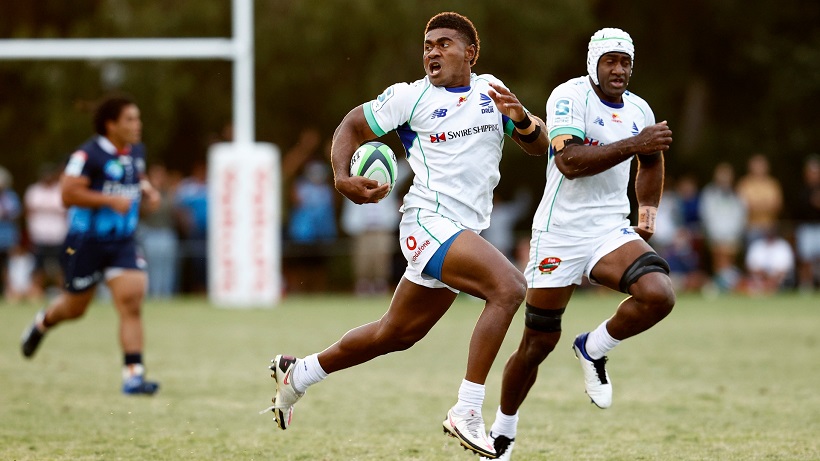 The Brumbies are expecting a much different Fijian Drua’s outfit to their opening round defeat, believing they will be at their best when they face off at GIO Stadium. The Drua were dominated by the Waratahs 40-10 in their opening Super Rugby Pacific game last Friday.

However, Brumbies winger Tom Wright suggests the inclement conditions had a major factor in this, confident they’ll be at their best in what’s expected to be prime running rugby condition on Saturday afternoon.

“I think 2 pm in a hopefully dry and sunny game in Canberra, I think the pictures we get will be a bit different than the Tahs got in terms of skill level,” he told reporters.

“A lot of the stuff they like to get off such as their offloads and flair, it’ll come out in that afternoon game.

“It’s probably good news for us. We have a fairly big challenge coming, we’ll probably see the best of the Drua come out in round two.

“They’re a team that’s going to thrive off their energy. From 1-23, they’re just as skilful as each other. In terms of us, when need to try to play to our strengths and take them to set piece, it’s no secret that we’re well equipped in that area but to improve on where we felt we let ourselves down last week, was pretty disappointing.”

Mick Byrne will take the slow-down tactics as a compliment and expects a more composed Fijian Drua side to test the Brumbies now their emotional Super Rugby Pacific debut is behind them.

The Drua, boasting just one man in five-eighth Baden Kerr with Super Rugby experience, lost 40-10 to the NSW Waratahs in Friday’s opening round.

Byrne’s side scored the game’s last try though and had their moments early, handling errors scuppering their progress before the Tahs got into stride.

There was no love lost between the sides in a niggling scrum battle, while the Drua learnt quickly how teams might plan to wreck plans of an up-tempo offence.

“It was interesting … two games against Australian teams (including a pre-season clash with Melbourne) and every time a whistle goes for a free kick someone gets the ball and throws it 30 metres away,” Byrne said.

“They’re obviously understanding of and respect us … they know what we can do and teams will try to do things like that.

“It slows the game down, the niggle starts, the pulling of players … they’re not letting us get on with the game and we learnt from that.