Where to Watch Springboks vs Wallabies Rugby Championship in Adelaide |

A historic rugby double header at Adelaide Oval that’s been 20 years in the making! Adelaide will host the Wallabies and Wallaroos, as our Australian national rugby teams take on South Africa and New Zealand. 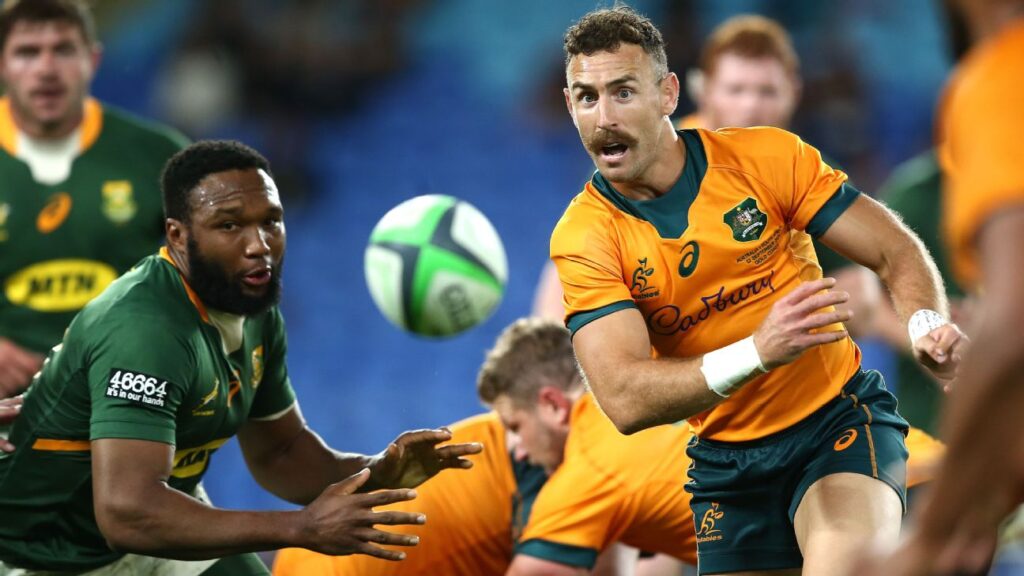 The Wallabies will play Rugby World Champions, the Springboks, as part of this once-in-a-lifetime event, the teams’ first Test in South Australia since 2004. And it will be the very first time the Wallaroos play at the iconic venue, with their clash against the Black Ferns a milestone on their journey to the Rugby World Cup.

For the Rugby Australia doubleheader, free travel will be available all day Saturday 27 August for patrons travelling to and from Adelaide Oval on regular Adelaide Metro and Adelaide Oval Express services.

Where to Watch Springboks vs Wallabies Rugby Championship

Springboks vs Wallabies in Adelaide

The Springboks were forced to delay their departure to Australia for their away leg of the Rugby Championship to Friday following the unforeseen cancellation of their flight to Sydney on Thursday.

The travelling squad of 34 players assembled in Johannesburg early on Thursday afternoon (SA time) and were set to fly to Adelaide via Sydney later that evening, but their plans were disrupted due to complications relating to the flight crew.

They will now travel to Sydney at 12.00 SA time on Friday where they will have a short stop-over before flying to Adelaide where they will play their first of two Tests against the Wallabies on Saturday, August 27.

The team will face Australia again in Sydney a week later on Saturday, September 3, and will conclude their campaign with back-to-back Tests against Argentina in Buenos Aires and Durban on 17 and 24 September respectively.

Wallabies to put the boot into Boks

Head coach Dave Rennie says Australia are ready to engage the Springboks in an aerial battle when the teams clash in Adelaide on Saturday.

The Boks put the squeeze on the All Blacks with a strong kick-chase strategy in the opening Test of the 2022 Rugby Championship in Nelspruit, but Rennie backs his troops to fight fire with fire against the world champions at Adelaide Oval.

“You need to kick smart to apply pressure. If you don’t kick, teams just get a big wall in front of you and they knock you over and you run up your own backside,” he told the Sydney Morning Herald.

“We need a set balance to that … sometimes you have to be prepared to put the ball in behind them. South Africa are so well organised with their kicking game, they’ll choke you.

“At times we’ll need to get into a kicking battle and have a crack on the second or third kick when they’ve got a less organised chase line.”