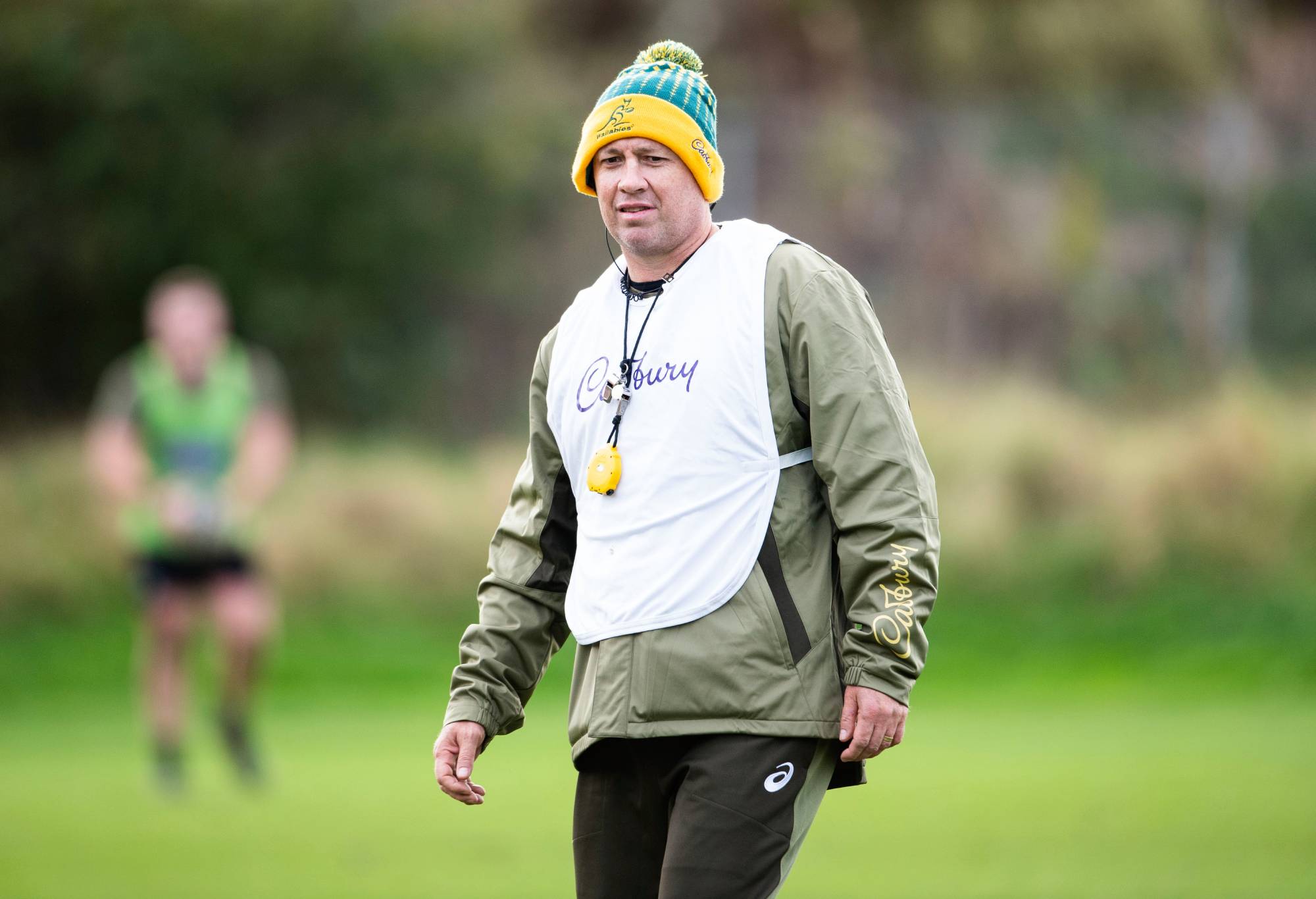 Taylor, a former assistant with Scotland, joined the Wallabies ahead of the 2020 season. He bows out after Australia shipped 48 points against Argentina in a record-breaking loss.

In a statement, Rugby Australia said that  following a discussion between Taylor and Wallabies coach Dave Rennie, “both parties felt the time was right for him to step away and commit his focus to some personal matters that he needs to prioritise at this point.”

Rennie said in the statement: “Matt is a great man with a strong work ethic, who is well respected within the Wallabies environment and we will miss him.”

Taylor said: “While this was an extremely difficult decision, I know it’s the right one for me and my family at this point in time.

“I’m looking forward to spending more time with them and look forward to getting back into coaching when the time is right.”

The Wallabies said they would announce any additions to the coaching staff in due course.

Lucas (née Quirk) played 186 matches for Australia and was a member of the gold medal winning team at the Rio Olympics, playing every minute of that campaig.

“Today I am officially retiring from international rugby and my incredible second family at the Australian Women’s 7’s,” she said on social media.

“Announcing retirement comes with mixed emotions. On one hand I am shattered I didn’t get that one last game that I was chasing with Tilly girl in tow, but on the other hand I am so proud of the vulnerability and courage I showed to move across the world, juggle being a mum and compete full time again with the absolute best team in the world! I’m heartbroken the dream is over but so excited for what is next.


Coach’s corner: The big question mark over Tupou leading into Boks series and how Richie led Foster to salvation


No Wallabies, no matter: Wallaroos are go


‘He’s devastated’: Everything Dave Rennie said about brutal JOC axing, Foley return, what next for Noah and ‘grumpy’ Boks

“I’m grateful for all the opportunities I have had and it’s been a huge privilege to represent Australia on the world stage. I never took that opportunity for granted and I gave absolutely everything to wearing that jersey. No more so than in the last 12 months returning to training after having Tilly girl. I loved the hard work and training everyday.

“I was the ultimate competitor and I could never have envisioned where my Rugby 7’s journey would have taken me. Finding something you absolutely love to do every day and calling it a “job” has been so rewarding and that’s the hardest part to say goodbye too.

“I can’t thank enough my incredible teammates both past and present that have made every day so much fun and worth all the running, tackles and get ups. The biggest shoutout to my amazing family and friends who have supported me unconditionally throughout this wild, fun ride. You all know who you are and how much I love and value you always. I can’t wait to join the green and gold army and party in the stands with you all at the next 7’s event.”

The Wallaroos will benefit from a gruelling block of high-intensity fitness work when they look to create history against the Black Ferns.

Australia’s national women’s rugby union side are looking to break through for their first ever win over New Zealand when they take the field in Christchurch on Saturday night.

Two months ago, in the driving rain at Tauranga for the Pacific Four series, Australia led 10-5 at half-time before succumbing 23-10.

“Against the Kiwis, we were in it until the 50th minute,” Parry told AAP, putting the fade-out down to fitness.

“But the engine, the battery was getting a little bit empty.

“The fitness base wasn’t where we needed it to be. So we’ve worked really hard on that in the eight weeks since that competition.”

Since then, the Wallaroos have submitted themselves to the gruelling yo-yo test, which Parry says “some players have nightmares about when they hear it’s coming up”.

“But that was the point of the Pacific Four series,” she said.

“It’s been really good to see the improvements across the whole group … we’re definitely in a lot better shape now than where we were eight, 10 weeks ago.”

On top of the improved fitness, Australia will also boast two new faces in Christchurch.

Bree-Anna Cheatham has recovered from hip surgery earlier this year and will run out in a gold shirt for the first time after winning selection as loosehead prop.

Australia, the world No.8s, placed last in the Pacific Four series, lost a tight contest with the USA 16-14 in Auckland before finishing with a 22-10 loss to Canada in Whangarei.

That tournament, and the fortnight’s upcoming hit-outs against the Black Ferns in Christchurch and Adelaide for the the O’Reilly Cup, form the Wallaroos lead-up work for October’s World Cup.

“As a collective, to see where we are out again some of the world’s best teams, it’s so pleasing for our preparation,” Parry said.

Coach’s corner: The big question mark over Tupou leading into Boks series and how Riche led Foster to salvation
U18 International Rugby Series live broadcast on the SuperSport Schools
Go to mobile version