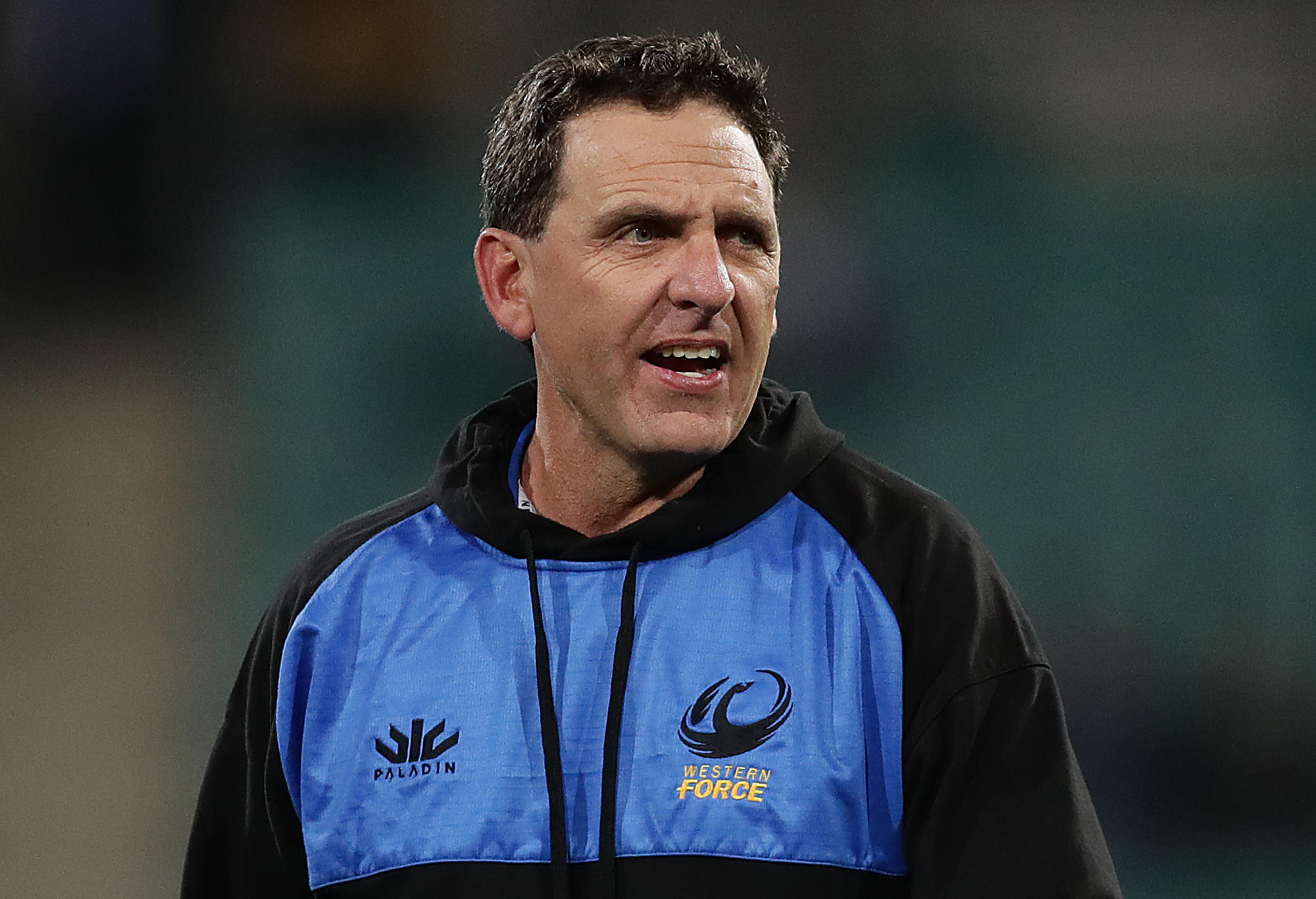 Wallabies legend Tim Horan says he can’t understand why Wallabies coach Dave Rennie has sidelined Noah Lolesio and says Reece Hodge would be his safety-first pick for the contentious fullback position ahead of the two Tests against the Springboks.

The No.10 and No.15 positions are causing headaches due to injuries to Quade Cooper and a succession of fullback contenders, while Tom Wright’s difficult evening against Los Pumas on the weekend means he’s failed to convince fans that he’s a long-term fullback option

Horan, a two-time World Cup winner, joined The Roar Rugby Podcast on Wednesday, and said the decision to overlook Lolesio when Quade Cooper got injured surprised him and he would look to develop him for the World Cup in the remaining Test this year,

“I just can’t understand it,” Horan said. “I thought he performed really well against England – I thought he really grew – and I think he grew with the Brumbies this year as well and there must be a reason why they haven’t picked him against Argentina,” said Horan.

“Maybe they wanted to give Quade and James O’Connor that opportunity. For Noah, you’ve got to pick and stick with it.

“I love James O’Connor as a player on the field and off the field. Noah’s your future he’s the 10 for the Rugby World Cup.

“Quade, with his Achilles he’ll come back, but he’ll come back two months or maybe, if you’re lucky, three months before the World Cup having not played any footy.

“We’re very short on tens in this country. Noah’s our man and I think we’re going to have to pick and stick with someone like Noah and Nic White and find the right centre pairing.”

Horan said he believed Wright could develop into a good fullback. It was a sentiment raised by Will Genia earlier this week in his column for The Roar.

But with South Africa certain to target the Australians with contestable kicks – the tactic that worked so well for Argentina – Horan said Hodge could be a good option.

“He kicks 50-55 metre penalty goals in those really tight Test matches and is really good under the high ball.”

Horan said he had a “terrible first six or seven weeks of Super Rugby. I’ve never seen him play as bad. I dropped him a text and said, ‘man, keep your head up and just keep going. You’ll get there’.

“He went to Australia A then came in. He’s a safe bet. Tom Wright can develop into a very good fullback and I like the attacking atmosphere that he brings to the game. There’s just that balance and everyone has an off game or two. It happens in Test footy.”

Horan said he liked Jock Campbell and the specialist attributes he brings to the position, but at Test level, “you need to have some size about you.”

In a wide-ranging chat, the Stan Sport expert talked about his transition from playing into commentary, including a belting stitch up of commentary legend Gordon Bray, whom he worked with alongside Dan Crowley at Channel Seven.

I started this thing where I used to bring in a drink that would relate to that national team,” Horan explained.

“So if the Wallabies were playing Ireland I’d smuggle into the stadium three big cans of Guinness and Dan Crowley, myself, and Gordon Bray would have a skull of Guinness before we called.

“We played Fiji one day and I didn’t know what to bring in. I couldn’t find any kava. I bought a couple of shots that you could buy of those c— sucking cowboys.

“So you can imagine – Gordon having two of these shots just before he’s about to call the Wallabies running out. I think he slurred his words and said I’m not doing that again.”

New signings for Rebels and Tahs

He replaces Ryan Martin, who heads to Toyota Verblitz in Japan as assistant to former Otago coach Ben Herring. Herring fills the role left by Simon Cron, the man brought in to replace Sampson at the Force.

“I can’t speak more highly of the experience, IP, and expertise these three people will bring to these roles,” Melbourne Rebels CEO Baden Stephenson said in a statement.

“I know Tim will come in and complement the core coaching group that returns from the 2022 season.

The NSW Waratahs have signed loosehead prop Tom Lambert on a two-year deal, bolstering the team’s front-row stocks ahead of their 2023 Super Rugby Pacific campaign.

A product of the NSW pathways, born in Sydney and schooled at Trinity Grammar School, Lambert represented Australian Schools and was part of the Waratahs Academy before heading overseas to Scotland in 2020.

Lambert has spent two seasons with the Warriors and brings invaluable European front-row experience to the Waratahs ahead of their 2023 campaign.

Lambert was delighted to return home and the opportunity to represent the Waratahs.

“It’s a bit surreal for me to come back and sign for the Waratahs,” Lambert said.

“I was in the Academy here when I left school but made the move to Glasgow to gain some experience abroad and play for the Scotland U20’s side and with the Warriors in the United Rugby Championship.

“The move to Scotland was great for my rugby development, especially my set piece, and something I hope can benefit the team.

“Being born in NSW, I always aspired to come back and play for the Waratahs so I’m extremely grateful for the opportunity and cannot wait to rip in.”

Waratahs Head Coach Darren Coleman said “Tom is a good young prop that came through the NSW pathways and has furthered his rugby development abroad.

“He’s had two good years in a strong professional program in Glasgow and will add valuable depth to our front row stock, particularly on the loosehead side where Angus Bell carried a lot of the load last year.

“We’ve been impressed with the impact that Lambert has been making for Sydney Uni in the Shute Shield since arriving back and we’re looking forward to him developing further in our program.”

Green transitions to become a man

Australian sevens star Ellia Green has transitioned to male and condemned the “disgraceful” banning of transgender people from sport.

Green was a pro player for the Aussie women’s team for 10 years and was a key member of the gold medal-winning team at the 2016 Rio Olympics.

He came out publicly as a transgender man in his opening address to the Bingham Cup International Summit on ending transphobia and homophobia in sport on Tuesday in Ottawa, Canada.

The Bingham Cup is the biennial world championships of the gay and inclusive rugby community.

Green said transitioning was “really stressful” but wanted to share his story to help those facing a similar situation.

“I think some people take it as almost like you’re saying you’re an alien, just because you are not fitting into the social norm of being male or female,” he said.

“The thing is, even without changing genders, changing appearance, identity, people are always going to have something to say, whether that be positive or negative.

“I learnt that in 10 years of being a professional rugby player. So why not just live the rest of your life exactly as you want to be because life is just too short to live it as something else, and you are beautiful.”

To read more about Green’s story, the Associated Press interviewed him for this piece.

Foster SURVIVES as NZR hails ‘magnificent’ win over Springboks and declares it’s ‘a new dawn’
Is Rennie the problem, or is it the cattle?
Go to mobile version