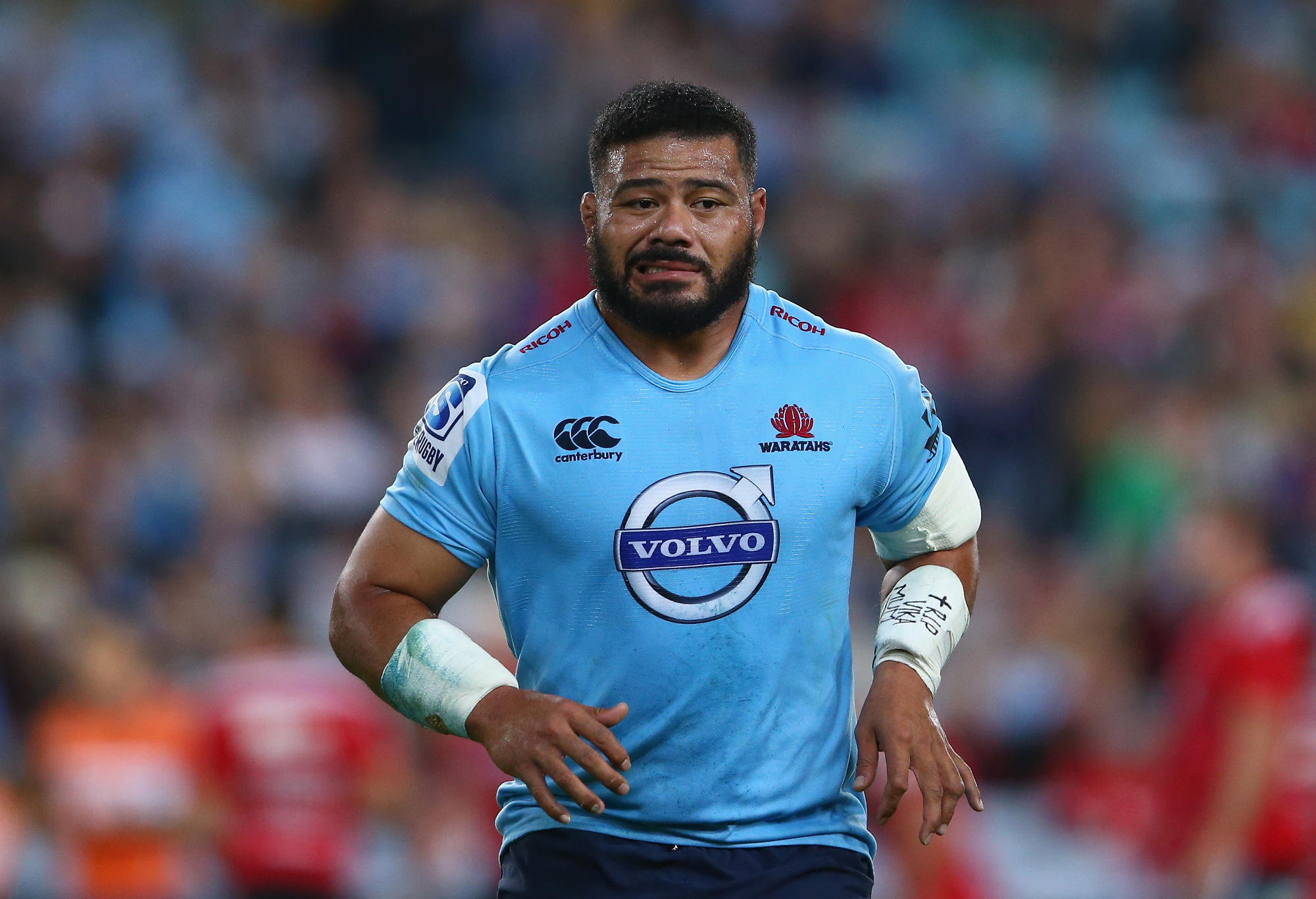 Controversial Wallabies hooker Tolu Latu has completed his move to the Waratahs while the club is farewelling young hooker Tom Horton to the UK.

Latu, who has signed a one year deal with an eye to the 2023 World Cup, is an intriguing signing for a coach who has made a big deal out of forging a strong culture after the miserable season in 2021 and Coleman nodded to that when the Tahs announced the deal on Monday.

“We’ve all seen when he’s on point there are not many more damaging hookers in world rugby,” Coleman said.

“I’ve coached Tolu twice before in NRC and he was always a positive team member.

“We will be working hard to iron out some of his weaknesses and I believe he’ll not only get swept up in our positive team culture but add to it over time.

“He’s a proud Waratah champion who is very motivated to play a part in getting the organisation back to its winning ways.”

Latu said: “I’m so excited to be going back to where it all started for me,” Latu said.

“Sydney is, and always will be my home, and I’m so fortunate to be given the opportunity to represent the Waratahs once again.

“I can’t wait to get started.”

Latu’s last act on the field saw him with an 11-week suspension after a red card in the Heineken Champions Cup, and was accused of having a drinking problem by his club owner, continuing his long running issues with ill-discipline.

Latu was sent off in the second half of Stade Francais’ match against Racing 92 after dangerously clattering into Baptiste Chouzenoux in the air.

The ban came three months after he was banned for a game for abusing referee Wayne Barnes.

Latu was picked by Dave Rennie for the final match of the Wallabies Spring Tour late last year, and the Wallabies coach acknowledged the former Waratahs player had had a “chequered career”.

He was stood down by the Tahs over a drink driving charge in 2019 when police found him motionless behind the wheel of his car while stopped at a set of traffic lights on Cleveland Street in Sydney in the early hours of the morning.

He has also struggled with on-field discipline and was suspended for six weeks during the 2018 Super Rugby campaign – the same year he was sin binned against the All Blacks for pushing Codie Taylor in the face.

“We talk about discipline and Latu is still sent off against Racing,” he said.

“Latu is a problem… mostly an extra-sporting problem with alcohol. You have to admit it, otherwise you will never solve the problem.

“Latu spends more time off the field than on it and, with regard to young people, it is not a good example.

“He has to heal himself, reorganise his life. We can help him, but as with any addiction, Latu is like an elephant in your living room. To solve the problem, you have to take out the elephant and not take out the objects that break.”

Former Waratahs and Scotland coach Matt Williams has gone to town on Kiwi rubgy fans and media for their treatment of under fire coach Ian Foster.

Williams, writing in the Irish Times, said “not for the first time, the reaction to defeat by the New Zealand media and their wider rugby community has exposed a deep flaw of character.

“The treatment of Foster by his own community has been nothing short of shameful. As a coach criticism comes with the badge but the personal vilification he has had to endure is simply not acceptable. Hansen also said the relationship between the New Zealand players and New Zealand Rugby is at an all-time low.

“After trampling all over Super Rugby, then alienating every national union in the south and possibly forcing the Springboks north, is it any wonder New Zealand Rugby and its team find themselves isolated and boxed into a corner created by their own self-serving actions?”

Aussie should lead Wallabies next: Cully

Rugby Australia have been warned to tread carefully if they’re considering a move for Crusaders coach Scott Robertson.

Razor raised some hackles this week when he made it clear he was ready to coach an international team and it didn’t matter if it was an All Blacks rival.

Paul Cully, the chief rugby writer for Stuff, had words of warning on Robertson.

“The temptation here for Rugby Australia is obvious. The Wallabies may need a new coach after the Rugby World Cup, and the surf-loving Robertson wants a job,” he wrote.

“It’s easy to see him kicking back at Manly, with RA taunting their New Zealand opposites about the world-class coach they let slip through their fingers.

“But, caution is required.”

He said part of the reason was the step up from Super Rugby to the Test arena, but more so the need to have an Australian in the job after Dave Rennie’s tenure.

“There is an undeniable appeal of having an Australian voice at the Wallabies – if they are good enough – and this was reinforced by Eddie Jones’ recent time in Australia with England,” wrote Cully.

“Some of what Jones says can be left to go through to the keeper, but I thought his thoughts on rugby’s diminished stature in Australia were accurate – bordering on poignant. Even though he is on the RFU’s payroll, he clearly did his best to elevate the Wallabies-England series with his media appearances. No wonder the ‘traitor’ slur provoked such a response. The bloke had been out there batting for Australian rugby for the previous three weeks.

“It was a reminder of the value of a uniquely Australian voice and perspective.”

He concluded: “Don’t get me wrong about Robertson. His Midas touch with rugby players is likely to be transferable. As a player it is well documented that he spent time in France, and before his career really kicked off he enjoyed a spell in Northern Ireland. To this day he can pick an Ulster accent – it’s a great ice-breaker and shows the level of emotional intelligence. He knows how to connect to people.

“But, if you were to ask me what the Wallabies need post-Rennie, I would say that a sense of Australian-ness is important. Rennie’s replacement is already in the country.”

‘Not as good as they used to be’: There is no shame in being second best for the All Blacks
‘The rhythm of kicking’: What Freddy Michalak taught field goal hero Hynes
Go to mobile version