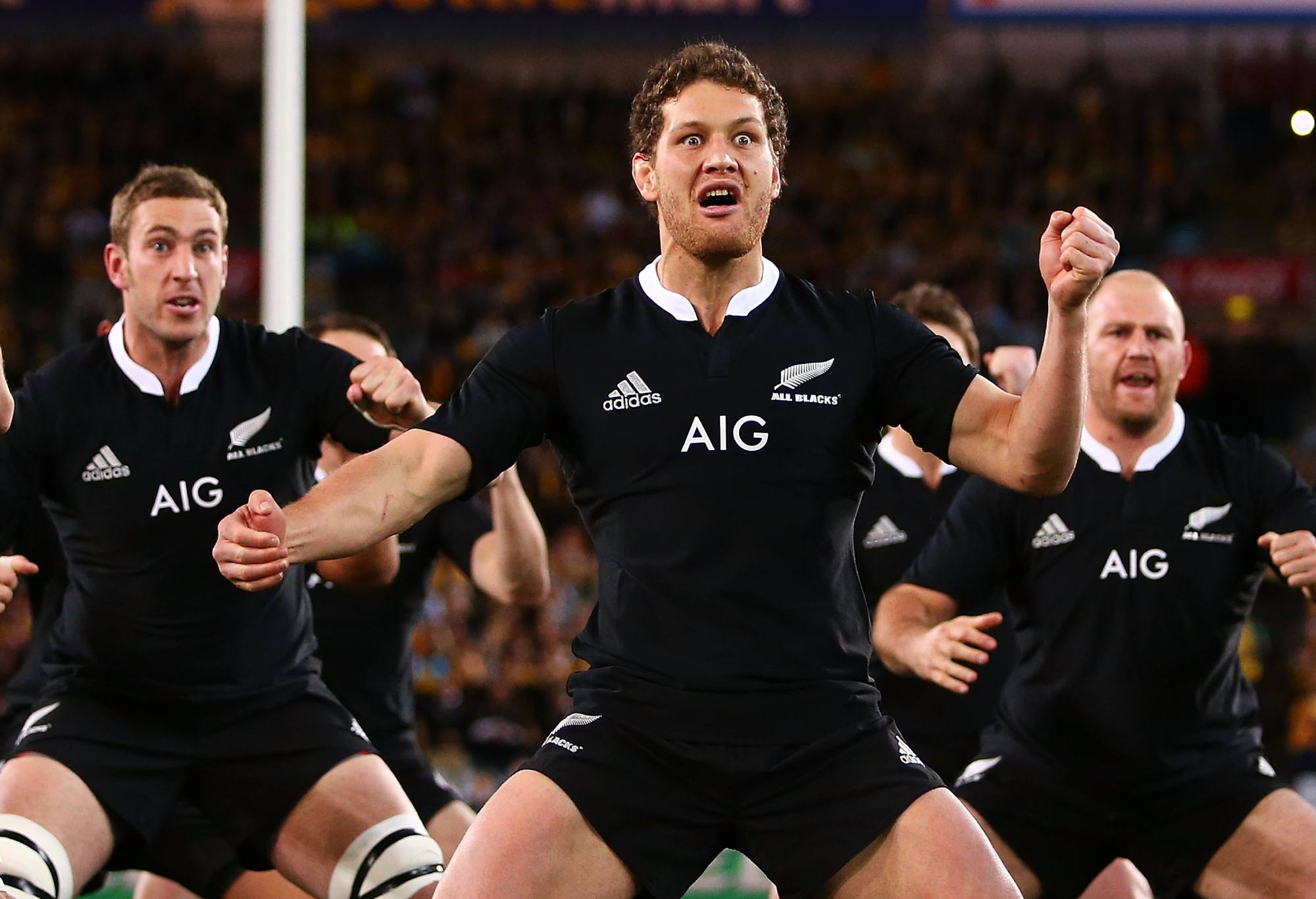 Former All Blacks halfback Tawera Kerr-Barlow has declared his desire to take advantage of new eligibility rules and represent the Wallabies under his ex-coach Dave Rennie.

Tawera Kerr-Barlow, 32, was born in Melbourne but moved to New Zealand aged 13. He was a key player for the Chiefs and went on to play 29 times for the All Blacks from 2012 to 2017 and was a squad member of the 2015 World Cup winning team.

World Rugby’s eligibility laws were changed this year to allow players to make an international switch after three years out of their national teams – if they were born in another country or have a parent or grandparent born in that country.

Australia allows three overseas players to join the Wallabies – but it’s not that simple. At the moment there is a 30 cap requirement, or that the player has given five years service to the Australian game.

Former Wallaby Israel Folau has been reincarnated as an international with Tonga.

“Unlike New Zealand, Australia has a rule allowing players who are overseas to still be eligible for selection. I am available to play for the Wallabies,” Kerr-Barlow, who plays alongside Will Skelton at La Rochelle, told Rugbyrama in France.

Former All Blacks scrum-half Tawera Kerr-Barlow tells @RugbyramaFR he would accept a Wallabies call-up without hesitation.

“I was born there and have a lot of ties to Australia.”

Superb player, would be a strong addition for the Wallabies.https://t.co/DuQh531mSo

“I was born there. I have a lot of ties in this country and if the staff calls me I will go without hesitation. It would be a great opportunity but for the moment I am focused on La Rochelle.”

Current Wallabies coach Rennie coached Kerr-Barlow at the Chiefs from 2012-17, leading them to two titles.

It’s not the first time Kerr-Barlow has flagged his interest.

Earlier this year he told Rugby Pass that the law changes were “really positive”.

“You get players who play a handful of Tests for a country and that is their eligibility shot and they have still got a lot to offer world rugby.

“We all want world rugby to be strong, we want it to be a spectacle and some of the best players in the world, they move overseas, and they grow and they improve.

“I’d love to chuck on the Australian jersey as I spent the first part of life in Australia, my family is still there, and I’m very grateful for what they have done for my family.

“My mum played for Australia. It [opening up eligibility] is a positive thing. You will get people saying, ‘Oh you know you’re not loyal’ or ‘How can you play for one country and play for another?’

Tawera Kerr-Barlowperforms the Haka during The Rugby Championship Bledisloe Cup match between the Australian Wallabies and the New Zealand All Blacks in 2013. (Photo by Mark Nolan-Pool/Getty Images)

“But if you are born in a country or your parents are born there and you feel a certain way about the country and you have got roots already established, then why not? I am a pretty open individual in terms of those sorts of things and I just want rugby to be the big thing I know it can be because if you love rugby you want it to improve.”

Argentina coach Michael Cheika has made three changes to his starting line-up for Saturday’s Rugby Championship Test against the All Blacks from the team that thrashed Australia 48-17 in their last outing.

Two of the changes and an overhaul of the bench were forced by Cheika’s decision to leave front-row forwards Francisco Gomez Kodela, Agustin Creevy and Nahuel Tetaz Chaparro as well as winger Juan Imhoff out of the squad for the New Zealand trip.

Although Argentina lead the Rugby Championship standings after the first two rounds, Cheika knows he must manage the game time of his more experienced players with half an eye on next year’s World Cup.

Joel Sclavi moves up from the bench to replace Gomez Kodela at tighthead prop and Lucio Cinti, nominally a centre, will start on the left wing in place of Imhoff, bringing a bit more bulk to the Pumas backline in Christchurch.

The third change was an enforced tweak to the midfield, Matias Orlando coming in at inside centre to partner Matias Moroni in place of Jeronimo de la Fuente, who pulled a hamstring in the act of scoring a try against the Wallabies.

On the bench, Santiago Socino will back up skipper Julian Montoya at hooker and props Mayco Vivas and Eduardo Bello have come in to cover the other spots in the front row.

Lock Guido Petti replaces Facundo Isa, Santiago Grondona has been selected to back up the loose forwards instead of Rodrigo Bruni, and winger Santiago Cordero covers the outside backs.

Cheika was an advisor to the team when the Pumas earned their first win over New Zealand in Sydney two years ago and said he would like nothing better than to lead Argentina to their maiden victory over the All Blacks in their own backyard.

Having been on the losing side more often than not against New Zealand when he was Australia coach, including in the 2015 World Cup final, Cheika knows that will be easier said than done.

“Realistically everyone is expecting them to dust us in the two games at home,” he told New Zealand’s Sky TV this week.

“The only people who have got to think the opposite is us and we’ve got try and win small battles along the way. We’ve got to try and work out how can we put them under pressure and make them have to deal with the challenge from us …”

Springboks back up flyhalf Elton Jantjies is determined to turn his season around against the Wallabies this weekend.

The 32-year-old was savaged for his performance earlier this season against Wales after a tough campaign in Japan hindered by injury.

He started the Boks’ first Test against Wales but was dragged at half time after a poor display with his kicking and in open play.

Jantjies was left out for the two Tests against the All Blacks but has been restored to the 23 for Adelaide.

“I played 40 minutes against Wales, which was quite nice after an injury,” Jantjies said.

“Since then I’ve been working really hard for the last three weeks to make sure I’m ready for this weekend.”

The last time Jantjies played in Australia he produced a match-winning performance against the All Blacks.

The 32-year-old came from the bench and kicked a penalty, slotted a drop goal and created a try in a 31-29 triumph at the Gold Coast.

“It’s not about the individual. As a group last year, we had a certain moment and everybody was switched on.

“The guys who played off the bench and the starting guys were on the same page, so it’s up to the individual to take that opportunity when it’s on.”

Jantjies said Australia had quality players who could cause the Boks problems.

“We haven’t beaten them in Australia in years, so this is an opportunity for us to grow as a team this weekend,” Jantjies said.

“Hopefully whatever we planned will come off this weekend.”

Hodge podge: Rennie pulls another surprise at No.15 as Wallabies scramble to counter Bok bomb threat
All Blacks team: Blues playmaker gets debut with superstar sidelined for Pumas clash
Go to mobile version