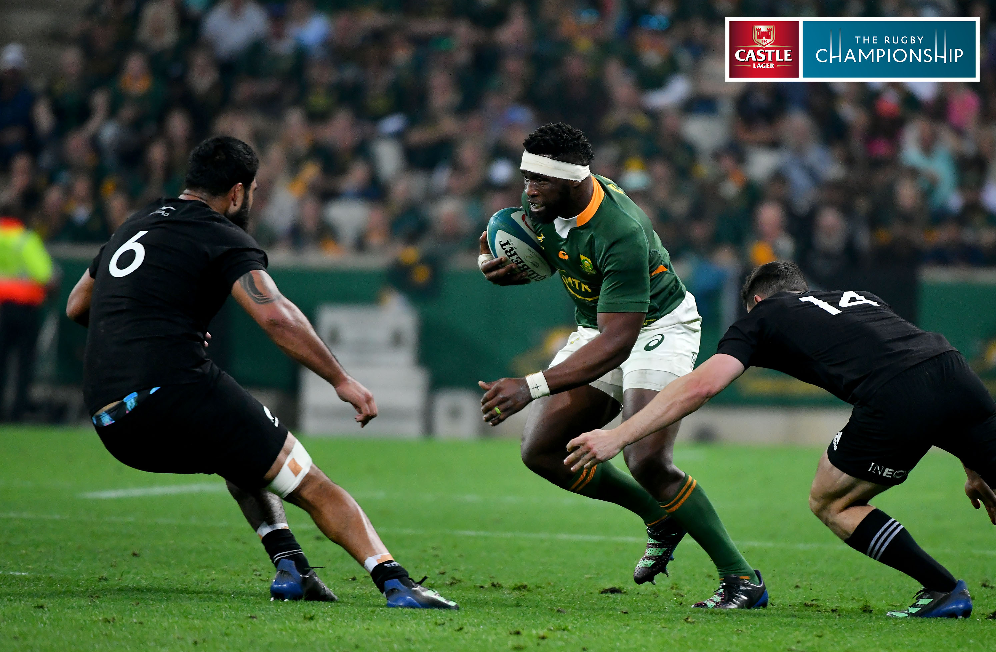 The good news for the All Blacks is that they only have one more match to go on this short tour. The bad news is that it’s at Ellis Park against a rampaging Springbok side who feel they still have much more to give.

The Kiwis are indeed a team in disarray, and having been completely smothered by the Springboks, it is hard to see them recovering at Ellis Park next week in the return match of the Rugby Championship.

Both sides travelled to Johannesburg from Mbombela on Sunday, 7 August, wearing bruises of yet another massively physical encounter at the Mbombela Stadium. The Boks though, have no mental wounds after their emphatic 26-10 victory – the biggest winning margin in the professional era.

The All Blacks, by contrast, are carrying the psychological trauma of being badly beaten by their fiercest rivals so soon after losing a home series to Ireland. This was their third Test defeat in a row and their fifth in six matches. The All Blacks are developing scar tissue upon scar tissue.

And unlike many times in the past, the Boks are not content with the bragging rights for one victory. They have the knife in and they intend to twist it further.

Bok hooker Malcolm Marx, whose brilliant display at Mbombela earned him the man-of-the-match award, issued an ominous warning: “We will never take anything for granted, so we will work equally hard next week and do as much as we can so that we are up for the challenge.”

The message is clear. The Boks are on a journey to defend their Rugby World Cup title in France next year but along the way they intend to dominate weekly.

How to watch the matches on TV

✅ One of the "most exciting young backline prospects in the country" has been called up to the Springbok squad – more here: https://t.co/6RlE7dNtT0#StrongerTogether #StrongerForever #RSAvNZL #CastleRugbyChampionship pic.twitter.com/2ISLLjriWV