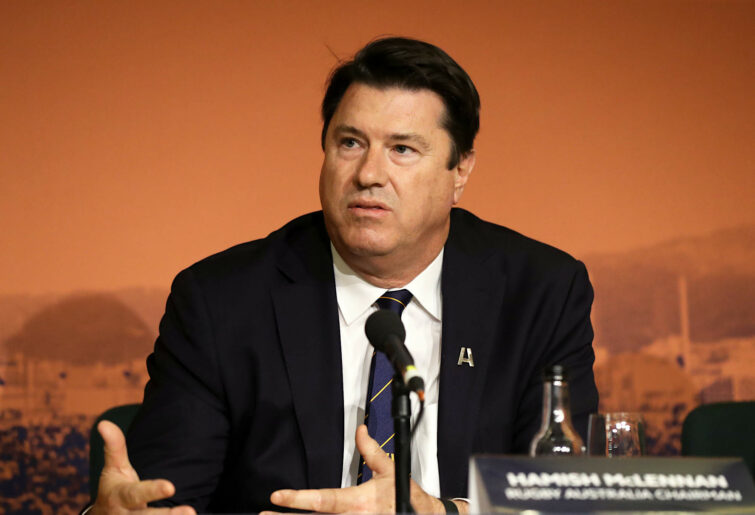 The AFL this week secured the most valuable broadcast rights deal in Australian sports history, with the total value coming in at $4.5 billion over seven years.

In comparison, Rugby Australia’s current deal with Channel 9 and Stan Sport is a worth a little over $100 million, across three years.


When Harry met Aussie: What The Roar’s Saffa in excelsis really thought about his first trip Down Under


The Thursday Two-up: The Rugby Championship is getting ridiculous and we want to know why

The difference is just astounding. Here is a sport played in one country absolutely dwarfing the value of a game played worldwide.

The AFL is always going to have the Victorian market cornered off but it is certainly growing enough in other states to put the NRL on notice; and, frankly, shame rugby union.

While the Wallabies are the cash cow of Rugby Australia, the national body must prioritise rejuvenating Super Rugby if it wants its income to increase from TV deals.

The average home Wallabies match on Channel 9 (of which there are six this year) gathers around 650,000 viewers (including Stan Sport numbers), according to data from Media Week.

The average AFL match, to compare, brings more than 500,000 people on average to their screens; while this is fewer than Wallabies matches, there are a whopping 407 games played in a season.

This demonstrates clearly where Rugby Australia needs to prioritise its resources if it wants the game to grow: the domestic game.

With a home World Cup just around the corner, the time is now to start thinking of new solutions to get people engaged again in their provincial teams.

A way of doing this is going domestic; with more teams winning week in week out, as well as more games involving Aussie franchises, the interest of the public will be far more piqued than at present.

The obvious downsides to this idea is the high performance perspective and the need for new franchises, with existing fan bases being demolished.

This is where the 2027 Rugby World Cup, hosted by Australia comes in. This is the perfect platform to launch a new domestic competition. With thousands of people walking through gates daily, not only will Rugby Australia be more financially able to sustain a competition by themselves, they will have a once-in-a-generation opportunity to advertise it to millions of Australians.

Setting the new competition up in 2024 will allow time for teething issues to sort themselves out in time for the potentially hundreds of thousands of people who may watch the 2028 edition of Aussie domestic rugby.

If RA can replicate the AFL and NRL’s domestic success, the Wallabies will only benefit from the influx of cash from more lucrative TV deals as a result of increased engagement in the domestic game.

If Rugby Australia wants to make the game more sustainable into the future it must use the World Cup for something more than a financial boost.

It must use the spotlight on rugby to get fans engaged in a competition that will grow the game’s wealth long term.