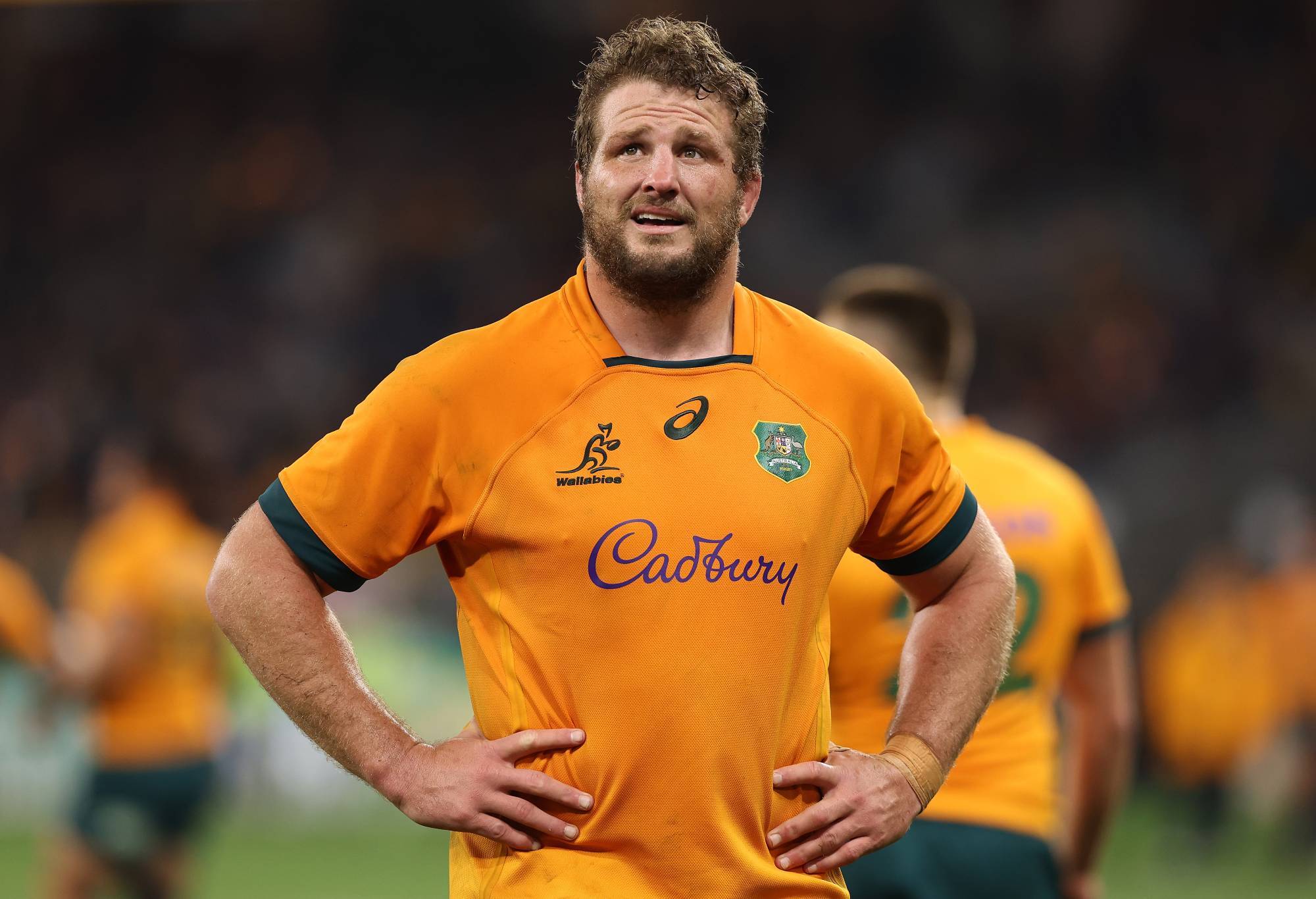 Wallabies captain James Slipper had just finished stressing the importance of a disciplined performance against the All Blacks, at his captain’s call media conference on Wednesday, when he was hit by a curly one.

Asked what his team needed to do to start the two-game Bledisloe Cup series with a win, and go to New Zealand with hopes of ending the 20-year drought, Slipper replied: “The start of the game and then just the basics.

“So your set piece, kicking game, and then just working on your discipline. We’re probably the worst team in terms of discipline at the moment. We seem to get penalised quite a fair bit, which is something we’ve spoken about each week, but we haven’t had a response from the players.

“Hopefully this week we just nail our basics, we play fundamental rugby, play at the right end of the field and we get our set piece going. We’re under no illusions. We’re going to have to be at our best to win. That’s our focus.”

It was the follow-up question that stopped Slipper in his tracks, as it was pointed out he was the most penalised player in TRC this season. And it’s not even close – with 11 penalties conceded he has given away four more than the next worst offender.

“It’s not ideal, is it?” Slipper acknowledged. “We spoke about it a fair bit and we’ve had honest reviews over that and being a captain I’ve got to lead by example there and pull my head in.”

Slipper was 13 when the Wallabies last won a series and like most Wallabies fans, can’t explain why it hasn’t happened since 2002.

“It’s a hard question,” said Slipper. “You can look at it both angles, we probably haven’t been up to standard and the All Blacks have been above standard.

“Some of the teams I’ve played against, in New Zealand, they’ve been pretty strong. You look back at that 2015 team, it’s world-class. They’re always tough games and in my career, we’ve managed to win a few dead rubbers, the third game.

“So for us, two games this year, we’ve got to make sure that every game counts and that we start well.”

Slipper was 13 when the Australians last won the Cup and that era fuelled his desire to become a rugby international.

“They were some of my fondest memories and probably a main reason why I wanted to be a Wallaby,” Slipper said. “I grew up watching the late 90s, early 2000s, being a successful era for us as a country in rugby. We want to inspire rugby players around the country and we’ve got a job to do, we know that.”


Can someone, anyone, explain Dave Rennie’s selections?

The players received a visit on Sunday from some ‘Classic Wallabies’ – Chris Latham, Elton Flatley and Daniel Herbert – who aimed to inspire the current crop.

“We’ve got a couple of boys born the year we last won it. It’s a long time,” Slipper said. “It works in our favour as well. These young players are coming in and haven’t gone through the last 15 or 20 years playing the All Blacks. They have had some great teams over the last decade. This team is just as strong I reckon.

“It was really good to have some classic Wallabies join the group. They came in for a free feed and they really enjoyed themselves.

“Just sitting down there and openly talking with them is something all the current players really enjoyed. It was really casual. Nothing formal. It was just about just that connection and getting them in.

“Over the last three years, with COVID it’s been really hard to bring people into the inner sanctum. So, to have that little bit of connection there with the old firm would be good.”

New Zealand have struggled with consistency this season and after a series defeat to Ireland and an opening loss to Argentina, there is a sense that this presents the best chance in years for Australia to break through.

“I’ve heard that commentary a fair bit but history tells us they’re a pretty hard team to beat,” said Slipper.

“They’ve had the wood on us for 20 years so us as a playing group, we understand what’s coming and it’s going to be a hard task to win the Bledisloe and it starts tomorrow here.”

He has been surprised by the All Blacks’ inconsistency, due to them being “a good team, a big rugby nation and there’s a lot of pressure on their outcome.”

“In terms of World Rugby, there’s been a lot of closing of the gap between southern and northern hemispheres. And I’d probably say the top six to eight teams are pretty close.

“On any day, anyone could probably win the game. And I think that’s exciting for rugby. The closer these games are, the better they are, going into the World Cup next year that’s the interesting thing and the really exciting thing. “

Australia has had a significant refresh ahead of this match, with eight starting team changes and the return of Bernard Foley at No.10. Slipper took his chance to have some fun at Foley’s expense.

“It’s good having little piggy around and his little fat fingers,” Slipper joked. “Another experienced player for us. We’ve gone through quite a few players. It’s that next man in attitude and Bernard has come in well. He has been a big voice in our group this week and I’m excited to see him don the jersey.”

He said changes had “been our story of the season.

“The second South African game was the first time we’ve strung the same 15 together. And we’ve been forced into some more changes this week. We’re not strangers to it and we’re still going to run a game plan that we think will challenge the All Blacks.

“Regardless of who plays in those positions, we like to back ourselves that whoever’s in that jersey can do that role at that time. The biggest thing having Nardie back is just that experience and composure at the big moments.”

Slipper continues to stand in for Michael Hooper, with no recent updates on the long term future of Australia’s regular captain. It would represent a massive career moment if he can become the first Australian captain since George Gregan to hoist the Cup this month.

Two years ago, when he played his 100th Test, Slipper was presented with a bottle of wine on the field afterward by All Blacks captain Sam Cane.

“It’s still unopened,” Slipper said on Wednesday. “That was a good occasion that night, we managed to get the win there so that was the more important thing.

Every Wallaby fan can picture the perfect occasion.