‘Not as good as they used to be’: There is no shame in being second best for the All Blacks 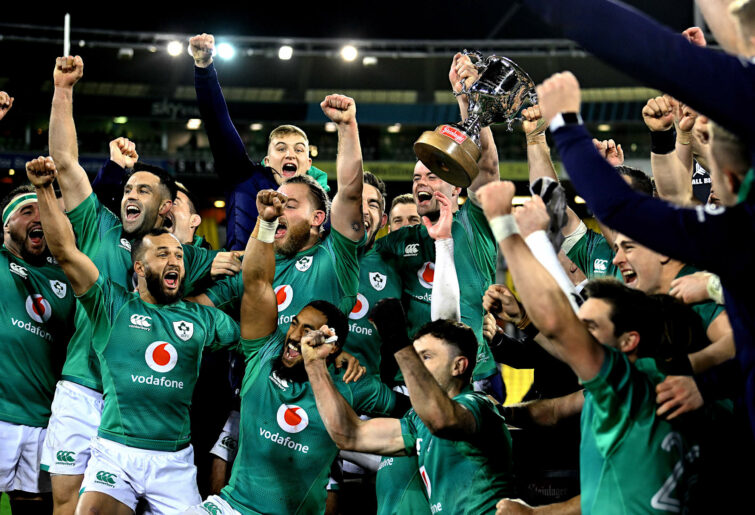 The hysteria across the ditch has reached unprecedented levels but are Kiwis being rational?

What he started saying is that it’s gone too far.

In many ways it is understandable that a sense of perspective has been lost. After all, no other nation has won back-to-back Rugby World Cups or dominated the game of rugby for a decade.

Richie McCaw and Dan Carter are destined to be legendary figures of the game. Keven Mealamu, Jerome Kaino, Kieran Read, Ma’a Nonu and Conrad Smith are just a handful of the others not far behind.

Seriously, how can any of those players be replaced at all, let alone seamlessly or easily?

No side, not even the All Blacks, can afford to lose that quality of cattle in such quantity and not fall back.

And that is before you consider the leadership gulf that poor old Sam Cane has fallen into.

Where McCaw had the benefit of half a team of vice captains, natural leaders, Cane has… Sam Whitelock, I guess.

Certainly, the type of poor discipline and composure that has characterised this All Black vintage usually is rooted in a leadership deficiency. Just ask the Wallabies.

Sam Cane can’t lead a team on his own anymore than Michael Hooper can.

There is also more than a hint of Kiwi supporters being ‘fair weather’. If you are an All Black supporter under 25, the chances are you don’t remember much of being second best.

Can Ireland in 2022 be compared to those sides? Arguably, yes. They certainly have a bloodyminded and aggressive tandem in Andy Farrell and Johnny Sexton. Whether they can go on to win the Six Nations and then the World Cup is another matter.

But one thing is certain. None of the sides mentioned, including Ireland in 2022, could have lived with the All Blacks in 2011 or 2015. McCaw’s men are the greatest side to play the game and will take quite some beating.

There was a degree of inevitably in all this but it’s worth making the observation that perhaps things are worse than they needed to be.

The lockdowns and associated international border closures have not been good for New Zealand, let alone its greatest export, the All Blacks. That much is inescapable.

No country, no export industry, can flourish while isolated. And make no mistake, rugby is an industry. While the Northern Hemisphere sides were interrupted momentarily, they quickly got on with international competition by comparison to New Zealand. Consequences flowed.

Graham Henry and Steve Hansen also let the side down. Yes, I’ve said what I believe many are thinking. Two men who won the William Webb Ellis trophy with access to the greatest players ever to take the field had too much influence on the coaching appointments of their successors.


The Wrap: ‘This is World Rugby’s problem to fix and the longer it takes, the more the sport will be damaged’


‘Not as good as they used to be’: There is no shame in being second best for the All Blacks

Where renewal and innovation was required, nepotism struck. It’s as simple as that.

I didn’t see Henry and Hansen advocate for Robbie Deans or Dave Rennie, so why did we expect them to advocate for Scott Robertson? Winning Super Rugby trophies has never been a criteria for national coaching positions in New Zealand, has it?

It’s hard to say if Razor is the man who should take over right now. But if Ian Foster was considered the answer when he took over then the question that was asked should be obvious to all.

Then there is the commercialisation of the All Black brand and the packaging of its tapu and mana for private equity. It is no secret that the sale deeply unsettled many players and the process was handled appallingly. The rough waters since are no coincidence.

It is entirely possible that private equity will step in sooner rather than later. It may even choose the next coach. Razor Robertson is surely a marketable man! While many Kiwis may welcome that in the short term, the wider implications of such a move are unhealthy.

Regardless of what happens in South Africa, the consequences of growing stale while isolated right after selling your soul will remain.

Yet when all is said and done, the All Blacks just aren’t as good as they used to be, and there is no shame in that.

The Wrap: ‘This is World Rugby’s problem to fix and the longer it takes, the more the sport will be damaged’
Rugby News: DC’s bold Latu prediction, ‘character flaw’ exposed by Foz critics, RA Razor warning
Go to mobile version