No Wallabies, no matter: Wallaroos are go 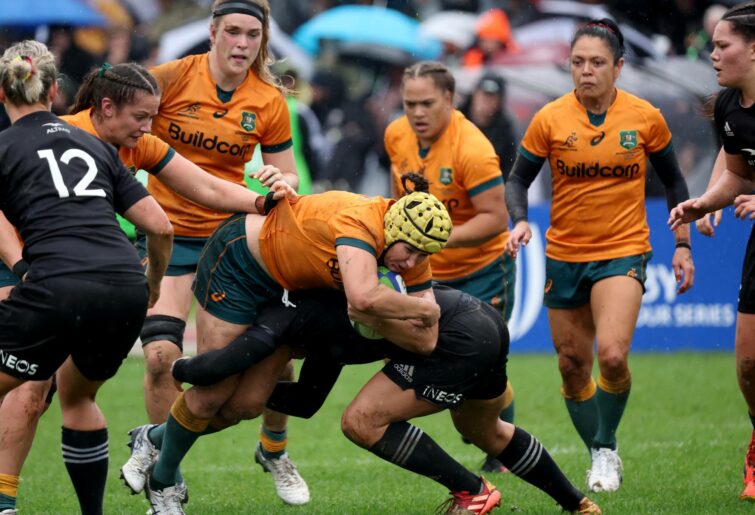 Stop press: Waratahs/Wallaroos openside flanker Emily Chancellor has been signed by Harlequins Women. She will join the club after the World Cup.

Hopefully this will be an opportunity that opens up for many more Australian players.

There is plenty of club rugby this weekend but to keep the international flavour of the last couple of weeks going, the Wallaroos are playing.

The Wallaroos have two upcoming Tests: Saturday 20 August in Christchurch and Saturday 27 August in Adelaide as a doubleheader with the Wallabies. These games are vital warm-ups before the World Cup starting on October 8 in New Zealand.


No Wallabies, no matter: Wallaroos are go


‘He’s devastated’: Everything Dave Rennie said about brutal JOC axing, Foley return, what next for Noah and ‘grumpy’ Boks


Paralysis by analysis: Supporting the Wallabies these days is exhausting – didn’t it used to be fun?

I’m really not sure what prep the Wallaroos have had. They flew to Christchurch on Monday but not aware if they were in camp prior. There has not been anything come out of Rugby Australia since the squad was announced a couple of weeks ago, although the Instagram account has been reactivated this week.

It has been a tough gig for the Wallaroos of late. They have not had a win in recent times, going down to Japan, then in the Pacific Four Series, Canada, USA and New Zealand.

The Black Ferns will again be the overwhelming favourites. (The Wallaroos are yet to defeat the Black Ferns).

Not only do they have more player numbers, they are contracted and getting paid. Earlier this year New Zealand Rugby announced new contracts for around 30 players of between $60,000 and $130,000. This compares with the Wallaroos, who this year if they play in all games and attend all training camps can earn up to $30,000.

With the World Cup coming up, NZR has also thrown the coaching kitchen sink at the Black Ferns with Wayne Smith as head coach, former gold medal-winning Kiwi sevens coach Allan Bunting and also Graham Henry. Add in that six of their Black Ferns sevens squad have joined, meaning they are pretty formidable.

The Wallaroos will be giving it their best shot but realistically they are not in the same ballpark. But in sport anything can happen.

So, what should we be looking for from the team? Not quite sure as the team is yet to be announced. With only two games before the World Cup does the coaching staff stick to the usual mainstays or give a couple of the youngsters a run?

Like any game of rugby to have any chance the forwards need to be competitive. Hopefully Waratahs hooker Adiana Talaki will be back from injury and Grace Kemp starts again at blindside flanker.

The back row that includes Grace Hamilton and Shannon Parry is the beating heart of the team.

It is the tight five that will really have to step up, the Wallaroos need parity in the set piece. In the last game against the Kiwis all was going quite well until the Kiwis changed their entire front row, that swung the game.

The backline has some fire power but has not been able to click. Unfortunately, a bit like the Wallabies, one of the big issues was a lack of real depth and as a consequence not a lot of options. It would be good to see Layne Morgan get the start at halfback and expect Arabella Mackenzie at 10.

The real conundrum is 12 with Cecilia Smith, Pauline Piliae and Trilleen Pomare all having had starts and none really taking ownership. At 13 it just has to be Georgina Friedrichs.

The back three is tricky – it will probably be Lori Cramer, Mahlia Murphy and Ivania Wong, assuming she is over her knee injury. The only issue with that back three is neither Cramer nor Wong have much size. So, I’m hoping Bienne Terita from the Aussie sevens program is at least on the bench.

While the Wallaroos do not get much recognition or remuneration from the governing body, I am pretty sure the players would like a bit of support from rugby fans. So, watch the game, even engage on social media.

Good luck to the team, the weather outlook looks promising, cold and wet.

‘He’s devastated’: Everything Dave Rennie said about brutal JOC axing, Foley return, what next for Noah and ‘grumpy’ Boks
Coach’s corner: The big question mark over Tupou leading into Boks series and how Riche led Foster to salvation
Go to mobile version