All Blacks fullback Damian McKenzie has confirmed his return to the New Zealand rugby scene, confirming he’s back for Waikato and the Chiefs on a deal until the end of 2023.

The Gallagher Chiefs squad assembling for the 2023 DHL Super Rugby Pacific competition may be one of the most established yet. Of the 38 players named; 15 have run out in the black jersey, seven are named in the current All Blacks squad, and five in the All Blacks XV. 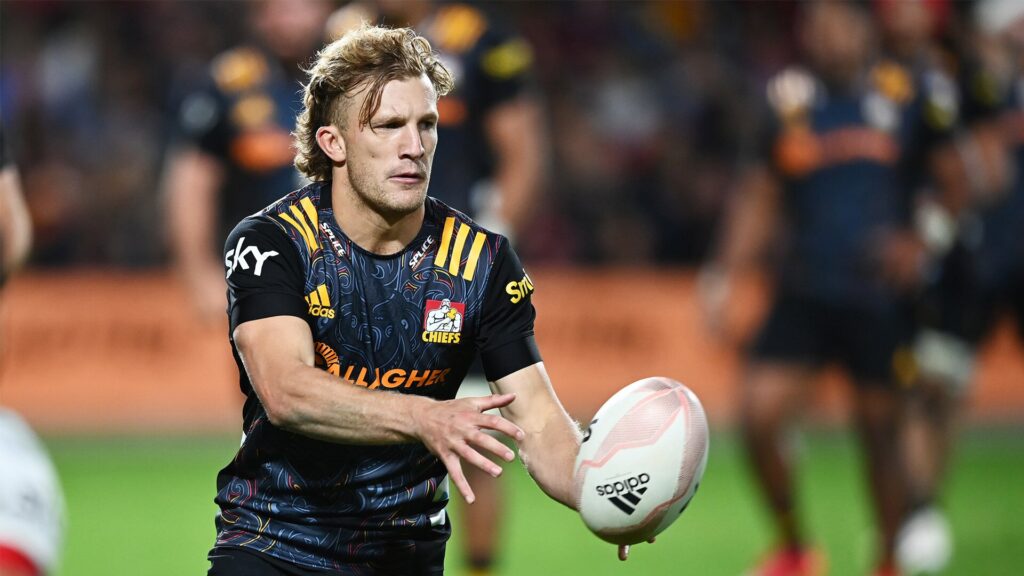 McKenzie announced his return on Friday afternoon after spending this season in Japan playing for Tokyo Sungoliath.

“I really enjoyed my time in Japan, but it’s great to be home among family and friends and I can’t wait to get back on the field and reconnect with teammates and coaches in New Zealand,” McKenzie said.

“I’m passionate about Waikato, the Chiefs and the All Blacks and if I’m lucky enough to wear any of those jerseys again I’ll give it everything.”

McKenzie returns to the Chiefs with 95 Super Rugby caps to his name and hopes to bring up his 100th game with them next season but in the meantime, he will turn his attentions to playing for Waikato in the NPC.

“It’s been a few years since I pulled on the Waikato jersey, but that’s where it all started for me back in 2014, so it will be awesome to get back amongst it with the lads and represent my province if I’m selected.”

Chiefs coach Clayton McMillan said he was stoked to have the 40-Test playmaker back.

In addition to the new recruits, Damian McKenzie returns to the Gallagher Chiefs after his season stint with the Tokyo Sungoliath. The All Black will reunite with Bryn Gatland and Rivez Reihana to form a very talented first-five trio for the season.

Gallagher Chiefs Director of Rugby Warren Gatland said the Chiefs Rugby Club is extremely excited about the squad they have assembled for DHL Super Rugby Pacific 2023.

“Over the last three seasons some young, talented players have developed exceptionally well. There is a nice balance between the youth we have in the squad and experienced internationals. There have not been many changes in the squad, and we believe we will benefit from that continuity. After making the semi-finals in 2022, we hope that we would have learnt from that experience and can push to be in the mix again next year.”