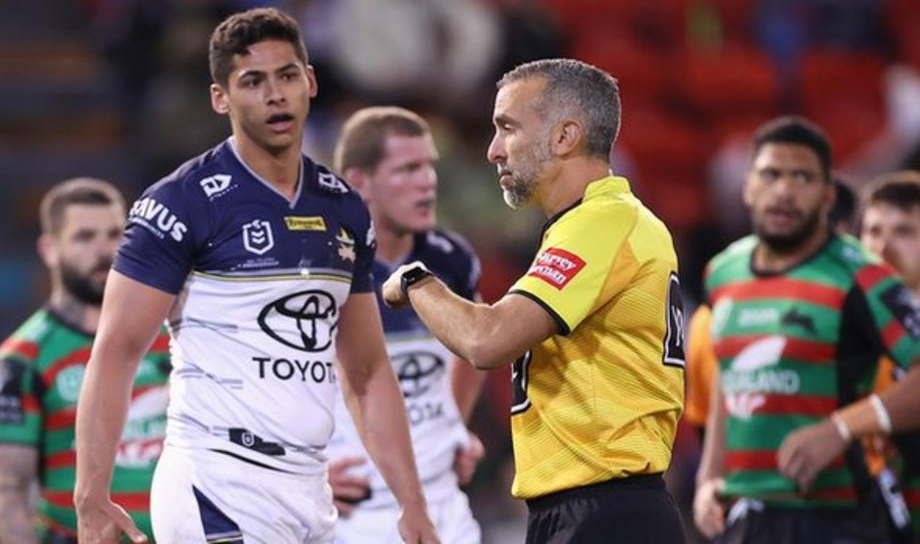 It was the gatekeeper of honor that truly brought things home for Matt Cecchin.

Toward the finish of a top notch profession traversing in excess of 350 games, the Australian rugby association official assumed responsibility for his last game in September – and was applauded off by the players of South Sydney Rabbitohs and St George Illawarra Dragons thereafter.

“I recall my lead trainer coming on and giving me an embrace, and trying to say to him: ‘Move away, I’m beginning to cry,'” Cecchin chuckles.

“I never anticipated it – and to me, it was the ideal method for wrapping up. Assuming that is the last game I at any point arbitrator, I was unable to have requested a superior one.”

Four months on from that passionate evening, Cecchin has been conversing with the BBC’s LGBT Sport Podcast about his two-very long term refereeing profession, alongside his excursion now and again the pitch.
Cecchin refereed his first match in 1986, when he was 12 – making his top-class debut in 2001.

The Australian went on partake in a long vocation at the high level, refereeing at the World Cup just as in the Four Nations, while additionally assuming responsibility for four State of Origin games and three NRL Grand Finals.

“The game has managed the cost of me such an incredible profession,” Cecchin says. “You know, my accomplice and I have recently completed the process of watching Ted Lasso, and there was a scene at Wembley Stadium, and I said: ‘Gracious, I’ve refereed a game there!’

“What’s more it wasn’t until I said it without holding back that I understood I’ve recently been in this way, so fortunate.”

Matt Cecchin given a proper send off 🙌

📺 Tune into Super Saturday on Ch 502 or stream on @kayosports pic.twitter.com/RNrLogElj9

‘I didn’t want to be the token gay referee’

He stepped away from the game for a spell in 2018, one year after a contentious – but correct – decision to disallow a late Tonga try as they narrowly lost a World Cup semi-final to England. After the match, the death threats Cecchin received prompted police in New Zealand to ask him to stay in his hotel room for his own safety.

Cecchin had previously made headlines in 2012, as he became one of the most high-profile men in Australian sport to come out publicly as gay.

By then, he was in his late 30s. Those closest to him had known about his sexuality for some time; he had first come out to his family in his mid-20s, when he was engaged to be married to the mother of his son.

“I was engaged at the time and, once I’d identified it, I told my fiancee, my family, my son, my close friends, all within a period of two weeks.

“But I was petrified about rugby league. It’s a pretty brutal sport, and I was scared about how I may have been treated.