The deal covers the US and all of North, Central and South America, as well as Germany, Italy, Spain and ‘most of’ Europe, Africa and other major markets. 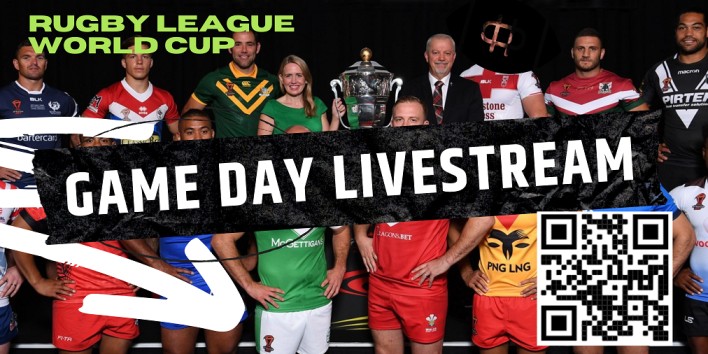 RLWC2021 will be distributed in North America by ISM via an agreement with RDA Sports Media Rights, the tournament’s global media rights distributor.

The competition will also be available in the US and Canada live on cable, satellite and digital pay-per-view (PPV) via iN Demand, DirecTV, Dish, Shaw, Rogers and PPV.com.

FITE is set to offer various bundles for RLWC2021, including PPV options and via the FITE+ subscriptions service. The company’s entry into rugby league adds to its broadcasts of boxing, pro-wrestling and mixed martial arts (MMA) events to more than six million subscribers globally.

“We’re proud that FITE has risen above the sports media scrum and won the largest amount of territories for this major Covid-delayed event,” said Michael Weber, chief operating officer of FITE.

“The Rugby League World Cup has recognised our reach and reliability in trusting us to deliver this to fans worldwide.

“This marks FITE’s first major move beyond its core in combat sports – even though rugby is certainly full contact enough to keep our longtime viewers very, very happy.”

Doug Jacobs, president of ISM, added: “Rugby is one of the fastest growing sports in the United States and we’re thrilled to be distributing Rugby League World Cup 2021 to American and international fans. Elite teams and rugby players will be in action throughout the men’s and women’s tournaments.”

RLWC2021 will take place from 15th October to 19th November and, for the first time, will be run in parity with the women’s and wheelchair tournaments.