New Zealand’s blushes as the world’s number one side fought back to defeat a valiant Fiji in the 2021 Rugby League World Cup quarter-finals with a 24-18 victory at the MKM Stadium in Hull.

The Kiwis had to wait for 72 minutes to take the lead for the first time after a superb performance from the Bati left them chasing the game for much of its duration.

The Rugby League World Cup returns to MKM Stadium this Friday night as the world champions New Zealand take on Ireland, who are fighting with Fiji for the final place in the knockout stage, kick off 7.30pm.

With top place in Group C essentially locked up, the match will serve as nothing much more than a warm-up for the Kiwis for their upcoming quarter-final, which will likely be against Fiji. 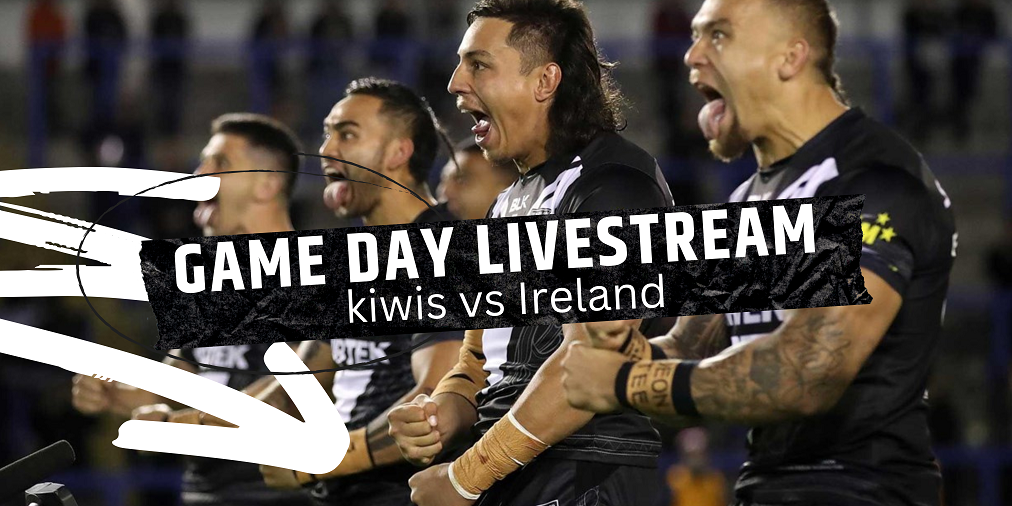 Leeds will play host to New Zealand’s clash against Ireland on Friday night BST. Ireland will need to put in a miracle effort to keep their tournament alive, while Maguire’s Kiwi side will be confident of locking in their spot at the top of group C – and a likely quarter-final rematch against Fiji.

New Zealand were a touch disappointing in their opening game win as the Kiwis worked hard to defeat Lebanon 34-12.

They were frustrated for periods of that game and will need to be much better with the ball in hand throughout the tournament.

New Zealand were far more impressive – albeit against weaker opposition – when dispatching Jamaica 68-6 last weekend and Michael Maguire’s are moving in the right direction as the tournament enters the key phase.