Experience the thrills and spills, the tension and the excitement of the Betfred Super League Grand Final along with 70,000 other passionate fans, as Rugby League’s biggest stars showcase their extraordinary talents on the hallowed Old Trafford turf every October. 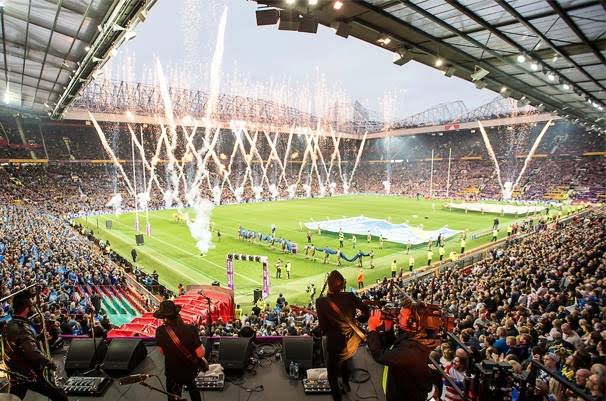 Leeds Rhinos showed incredible spirit to book their place in the Betfred Super League Grand Final with a comeback 20-8 victory over Wigan Warriors. The away side were dominated for the first 40 minutes at the DW Stadium. But the Rhinos stormed back in the second half to earn their place at Old Trafford on 24th September. 2022 Challenge Cup winners Wigan were unbeaten at home this year but they let this semi final slip through their fingers on their own patch

Be dazzled by the pre-game show, feel the tension mount as the teams take to the arena and watch the action up close as two teams battle for the right to be called Champions and lift the Super League trophy.

The Betfred Super League Grand Final is more than a game. With light displays, fireworks, fanzone, live music all added to 80 minutes of intense drama. For 2022 Old Trafford will host the biggest night in Super League on a new date of Saturday 24 September 2022.

In 2022 we celebrate 25 years of Grand Finals at the Theatre of Dreams. From Jason Robinson scoring the first ever try in 1998, to Kevin Naiqama’s inspirational performance in 2021, we’ve enjoyed two and a half decades of unrivalled entertainment and unforgettable memories.

Case for the prosecution: Why Wallabies’ ref lament is wrong and just a smokescreen for bigger issues
Munster rugby game on TV – Fixtures and Stream Today
Go to mobile version