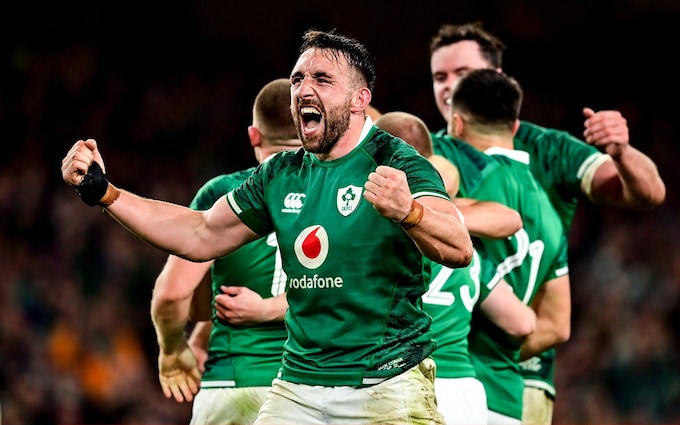 It’s steady. Ireland have won a series in New Zealand!

Ireland will win the series!

New Zealand tapped quickly, as they had to, inside their own 22, but the bodies are weary, the minds fatigued. Ioane is a half-beat to slow to rumble on to a floated pass and the ball tumbles forward from his left paw. Ireland scrum with less than a minute to play.

Ireland wrote a new chapter in their rugby history thanks to 32-22 victory against New Zealand in Wellington that sealed their first ever series win over the All Blacks. Andy Farrell’s side beat their hosts for the first time in New Zealand last weekend and they followed that up with a powerful display at Sky Stadium. 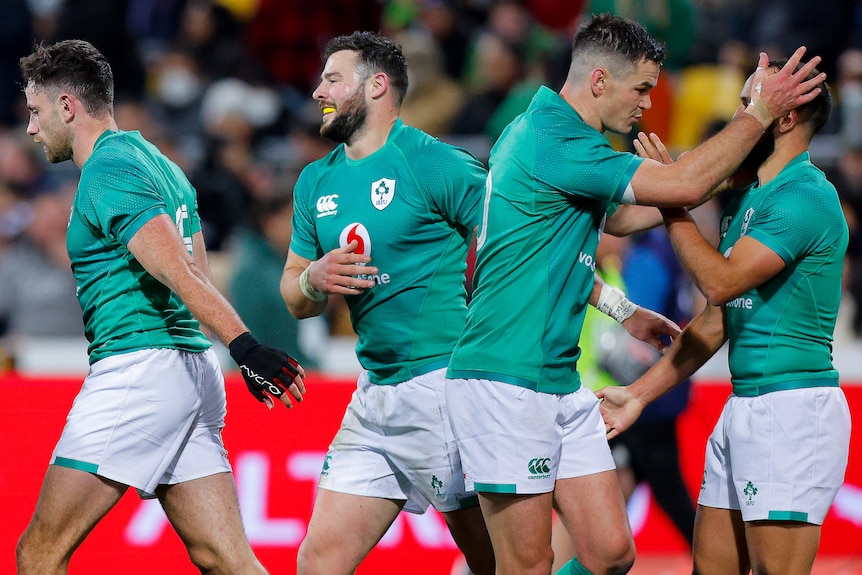 After recording their first Test win against the All Blacks on New Zealand soil in Dunedin last weekend, Ireland made it consecutive triumphs, scoring four tries to three to seal a 2-1 series result.

The boot of Johnny Sexton proved crucial, with the Irish captain kicking three conversions and two penalty goals.Sexton was supreme as the Irish shot out to a 22-3 lead by half-time, stunning the hosts with a string of tries through Josh van der Flier, Hugo Keenan and Robbie Henshaw, in addition to some bone-jarring tackles.

The All Blacks clawed their way back to within three points at the hour-mark to set up a tense finish, with tries to Ardie Savea, Akira Ioane and Will Jordan helping to cut back Ireland’s advantage to 25-22.

But replacement prop Rob Herring grabbed a late try from a lineout drive to steady the Irish, and their stonewall defence held off waves of All Blacks attackers to ensure a famous win.

FULL TIME: New Zealand 22 Ireland 32 – IT’S ALL OVER: IRELAND WIN A SERIES AGAINST NEW ZEALAND FOR THE FIRST TIME

An emotional end for Ireland as Andy Farrell’s side secure their place in Irish rugby history in Wellington with a first series win over the All Blacks.

Argentina Los Pumas vs Scotland Rugby 3rd Tests 2022 ‘Here’s everything you need to know’
TRY! Incredible pace from Will Jordan to blaze over (NZ 22-25 Ire)
Go to mobile version