England will travel to Australia for a three-Test series this month, with fixtures in Perth, Brisbane and Sydney.

Rugby fans won’t have to get up too early to catch the first test of the series but it will be a morning start as the match kicks off at 10:55am BST. 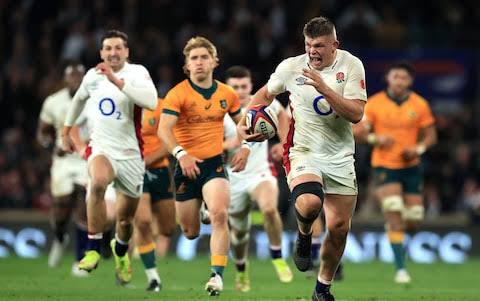 Eddie Jones’ side head to Brisbane for a must win match after losing the first test 30-28 in Perth.

When is Wallabies vs England Rugby second test?

The second test of the series is being played at Lang Park, Brisbane on Saturday, July 9 2022.

The 52,500 capacity venue is nicknamed: ‘The Cauldron’ and is the traditional home of rugby league in Brisbane.

England have fond memories of Lang Park having won on their last trip to the stadium in June 2016.

A 39-28 victory in that test kicked off a clean sweep in that year’s summer series.

It was the third time that England had played at Lang Park and their first win there, having lost their previous two matches to the Wallabies in 2004 and 1998.

What TV channel are the games on?

The three Tests will be shown live on Sky Sports in the UK. Alternatively, you can follow Telegraph Sport’s live coverage of all three matches.

Eddie Jones insisted that referee James Doleman “evened up” England’s clash with Australia in Perth as a result of sending off Wallabies lock Darcy Swain.

England were dismal as they stumbled to a 30-28 defeat – a fourth successive loss and first to Australia since Jones took charge in 2015 – despite facing 14 men for a second consecutive match.

Swain was shown a red card for a 34th-minute headbutt on Jonny Hill and although the tourists were leading 6-3 at the time, they duly fell apart with the final scoreline given an undeserved sheen by late tries from Henry Arundell and Jack van Poortvliet.

Wallaby vs ENG Rugby Stan Sport is the only place to live and on-demand.
NZ Rugby Steinlager Series 2022 Schedule and All Blacks Rugby game live on tv
Go to mobile version